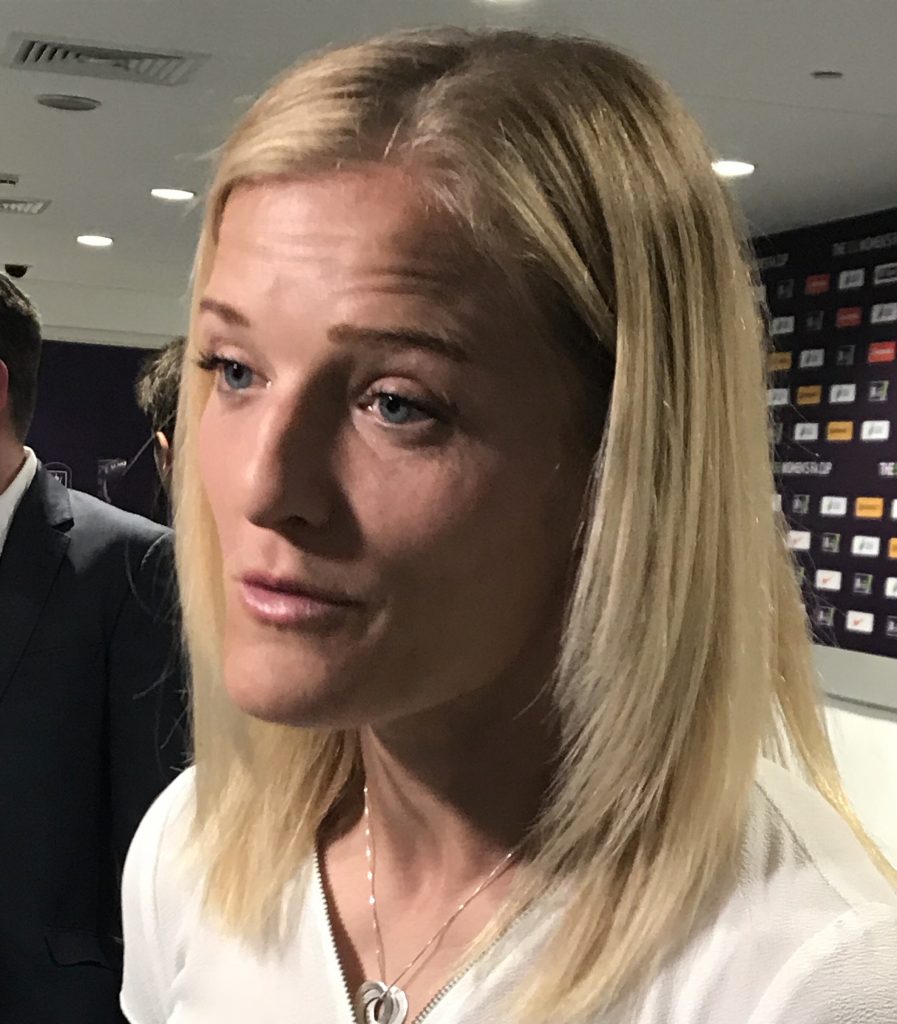 Chelsea skipper Katie Chapman is expected to retire at the end of the season but she leaves the women’s game as the most decorated FA Cup champion in history.

The girl from Bermondsey, South London, notched her 10th FA Cup medal on Saturday when she led her side to a 3-1 win over her former side Arsenal at Wembley.

The consummate professional is out of contract in the summer and while she hasn’t officially announced her retirement, it’s well known she wants to spend much more time with her young family.

The truth is that at the age of 14 with local club Millwall Lionesses, she nabbed the first of her medals.

From there she has travelled the world with clubs and country, lifting titles and cups with ease.

But she still loves the thrill of going up to lift the FA Cup.

“It does not get any better than walking up those steps,” she said.

“As you say, I’ve got 10, and every single one is special. Saturday’s was no different than any other. I love this club and this bunch of players – we had the bit between our teeth, everyone of our players showed just how good we are.”

“Yeah, they were defensive and looking to counter (attack) was what they wanted to do,” said Chapman 35.

“But we kept the ball and were quite dominate. We were quite relaxed on the pitch to be fair. “Everything we worked on all season came together.”

And of her own performance?

“I love playing football and I love wining trophies. There is only going to be success for this team. If you look at the players we have here and how good Emma (Hayes) is at recruiting players that  it’s only going to get better and better.”

Hayes is expecting twins early next month but that has not hindered her desire to be the best and produce a winning side – so much so that she could easily take the reins at the men’s side.

“She could do it with her eyes shut,” said Chapman.

“She has so much experience, she is so good at her job and that is evidenced by the way she has brought Chelsea up in recent years. Look at the club now.

“She has recruited great players but not only that, they have great characters that fit the Chelsea way too.

“That’s credit to her. I’ve played under her for three  different teams – Arsenal, Chicago and now at Chelsea.”

So does the midfielder fancy moving into management?

“I’m quite looking forward to putting my feet up.”

But not before the season is over and four more WSL 1 games to contend with.

The Blues face Birmingham City on Wednesday evening, at home at Kingsmeadow.

“We are going to relax now and prepare for the game against Birmingham,” she stressed.

“We want to go for the league. we are professional enough to know we have four more league games left. Then we can put our feet up and do what we want to do after that. Right now it’s about winning the league.”

Will Manchester City (Chelsea’s league rivals fo the title)  be pleased or not after the Blues’  FA cup win?

“I think pleased as we knocked them out in  the semi-final,” she said.

“But also a bit unhappy because they are our competitors. I think if we can continue like that in the  next four games, then I think the league can be ours.”