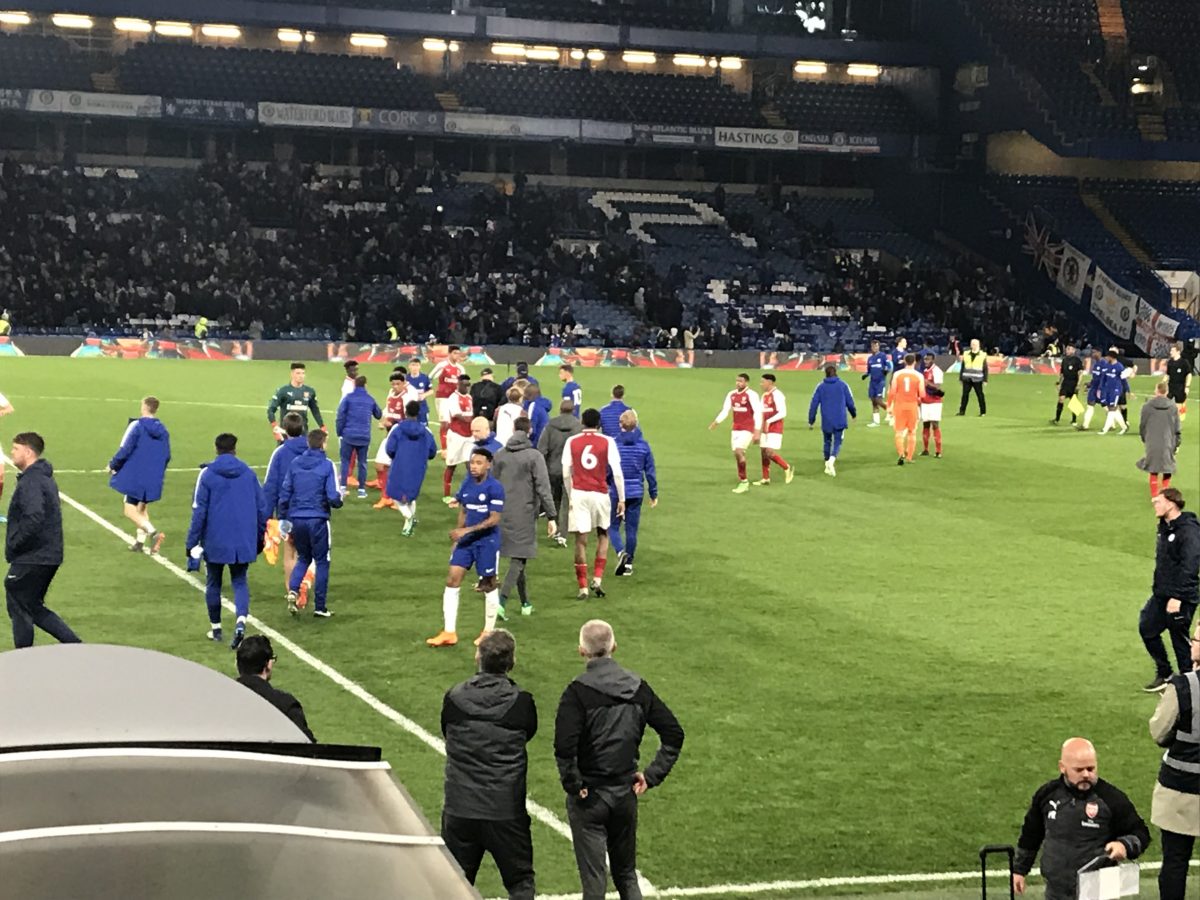 Chelsea kids have one hand firmly on retaining the FA Youth Cup, but they had to work hard to do so as they came from 1-0 down against Arsenal to win 3-1 in the first leg of the final at Stamford Bridge tonight.

A brace by substitute Daishawn Redan turned the tide after the north Londoners took a shock lead through Xavier Amaechi.

The Blues, dominant in possession throughout, spurned a hat-trick of first half chances – all falling to striker Charlie Brown, before they nabbed the equaliser through Redan.

Marc Guehi headed  the Blues in front before Redan smashed home the third to give the Blues the chance to win the cup for a record-equalling fifth time, on Monday night, in the second leg at the Emirates.

Quite how Charlie Brown failed to core on seven minutes is a mystery. A beautiful pass by George McEachren set the striker up for a simple tap-in from six yards, but he panicked and sliced the ball wide of the Arsenal goal.

Brown missed another sitter on 22 minutes, once again failing to hit the target from close range.

Callum Hudson-Odoi tried his luck with a right-footed curling free-kick on 32 minutes, but again, Virginia, anticipated the angle and produced a suitable ‘Hollywood’ save.

He was followed by Daishawn Redan for misfiring Brown on 62 minutes.

Within four minutes the Dutchman had equalised. latching onto a McEachran through ball, the striker arrowed towards goal and with controlled play, prodded the ball through the legs of Virginia.

The turnaround was complete on 78 minutes. A clipped byline cross by skipper Reece James was met full on the head by Marc Guehi  from six yards out and the downward tracheotomy took Virginia by surprise and the ball rocketed into the roof of the Arsenal goal.

Redan added the third with six minutes left on the clock, latching onto sub BHuan Castillo’s right win cross and thumping in from close range.