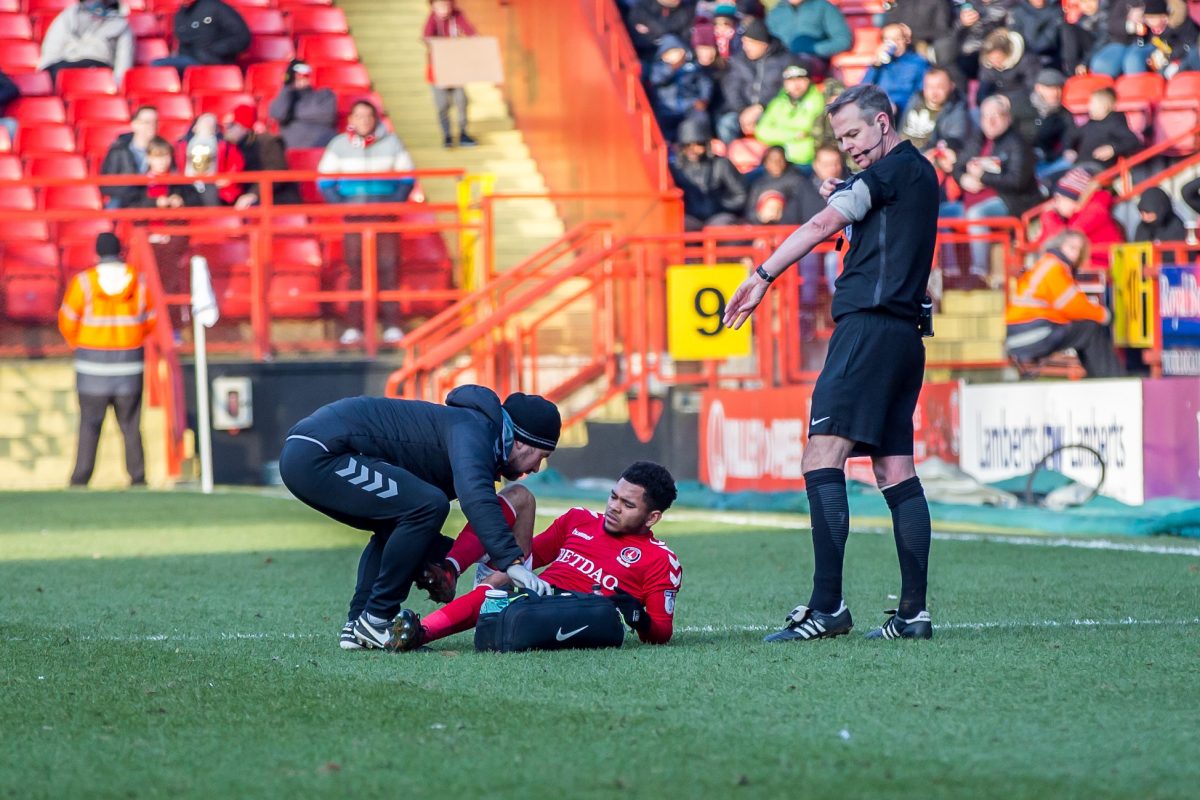 Karl Robinson has admitted that Jay Dasilva’s injury does not look “great” – with the Charlton left-back leaving The Valley wearing a protective boot on Saturday night.

The on-loan Chelsea defender was replaced in the second half.

And his right foot was in the protective boot when he left following the 2-0 defeat to Shrewsbury Town.

“I don’t think it’s great – but I’m getting pretty used to that now,” said Addicks boss Robinson. “It is not something we have been very lucky with.

“We have had a horrendous year with injuries and I just hope he’s not one to add to the list.

“It was his ankle. The pitch gave way as he went to change direction. He’ll got for a scan today.”