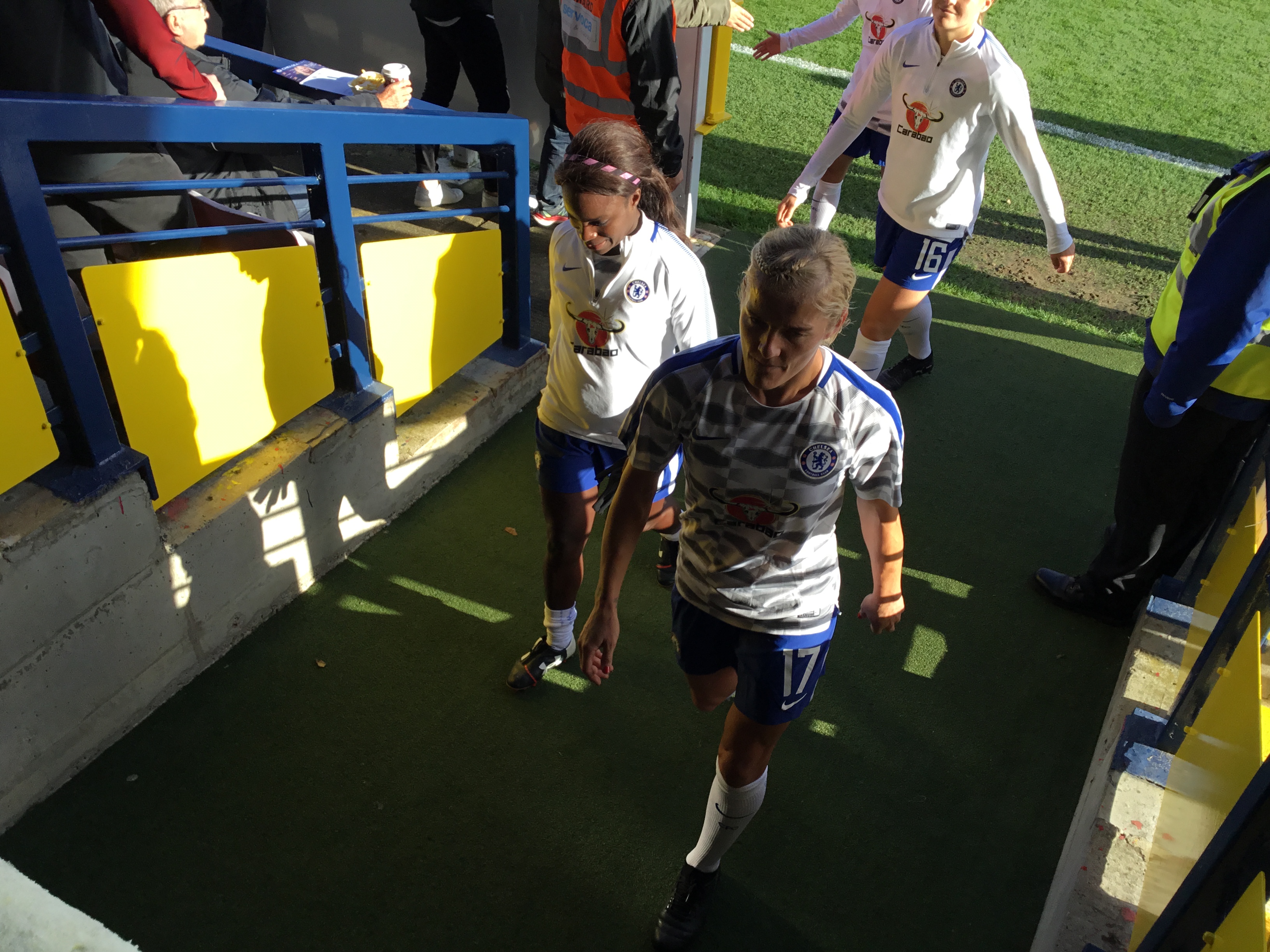 Chelsea striker Eni Aluko has admitted that the past few months have been the most difficult in her life.
Fresh from her appearance at the digital, cultural, media and sport select committee which explored the controversial investigations which cleared Women’s Football manager Mark Sampson of any wrongdoing over alleged racist comments, made to Aluko and another England player, Aluko returned to the starting line-up as Chelsea thrashed Yeovil Town 6-0 earlier today in the WSL 1.
Aluko, 30, scored a brace, along with Crystal Dunn and Karen Carney which kept the Blues at the top of the league.
But getting out on the pitch and putting the controversy behind her, is all she wants to do now.
Of the victory over bottom-placed Yeovil Town, she said: “It was great, really great. First of all it was a great win. We wanted it to be a clinical, professional performance and keep a clean sheet.
“It’s safe to say it’s been the most difficult period of my life in everything that happened off the pitch. That’s all done now, hopefully.
“The FA have made their stance very clear, I would like to move on, I’ve said that for a long time, I’d like to do my talking on the pitch.”
And that the striker did with aplomb.
“We wanted to keep the goals against down and the goals for high,” she said.
“So I’m really pleased to have contributed to that today. “In the past two or three seasons, goal differences has played a part and we don’t take anything for granted at all. It’s my job as a forward, to make sure we score the goals and we scored from different positions too.”
But Aluko who has 102 England caps is not resting on her laurels.
“There is always room for improvement in scoring,” she said. “Not even Lionel Messi scores every time. We are not going to beat ourselves up about not scoring more. Every home game now is important. This team has a lot of goals in it.”
Chelsea remain unbeaten and have yet to concede a league goal, while they have progressed to the last 16 of the Champions League where they face Swedish side Rosengard on November 8 at Kingsmeadow.
Aluko knows that every player is vying fo a starting place and the pressure is on.
“Emma (Hayes – Chelsea manager) has made it clear that this is a big squad, and there are a lot of games coming up in the next 15 days. So it’s important for us all to be ready and even those on the bench have to be ready – that is how it’s going to work.”