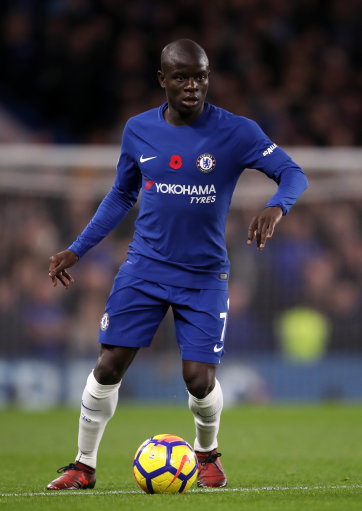 N’Golo Kante was instrumental in Chelsea’s vital 1-0 victory over Manchester United yesterday and showed club and fans what they have been missing for the five weeks he was out of action injured.
The French midfield maestro was also delighted to be back.
“It was a long time for me to be with the medical staff to treat my injury,” he said.
“I’m am happy to be back in a winning way and I thank everyone for their support.
Being out for so long can be difficult for a returning player and Kante is no different.
“I need more confidence because when you play after this injury, you have some fear. But with one week training, and this game, I am more confidence but I’m fine now,” he said.
Kante is happier on the pitch rather than in the stands.
“I think I prefer to play. I think it’s is more stressful when you cannot play. It is a bit strange to be outside. It’s another point of view.
“I am just a spectator, I cannot help, all I can do is just wish the best to our team mates.”
It was a great way to end a week which was full of disappointment, especially the defeat to Roma in midweek in the Champions League.
Kante is nothing but eternally optimistic: “The season is not bad,” he said.
“In the Champions League it was a bad defeat against Roma, but to qualify we need just one win. In the league, we are fourth and we just need to keep going. It was important to win against United – we just have to keep going now.”
Antonio Conte was not afraid to drop David Luiz for Yesterday’s game. He appears to have been made the fall guy for that defeat in Italy. Kante would much prefer to focus on the squad rather than suggest that no one’s place is safe in the team anymore
“We have a lot of players in the team, the squad and the manager makes the choice,” he said.
“And okay we win. We have a lot of players in the squad and we need to use everyone and that is what happened against United.