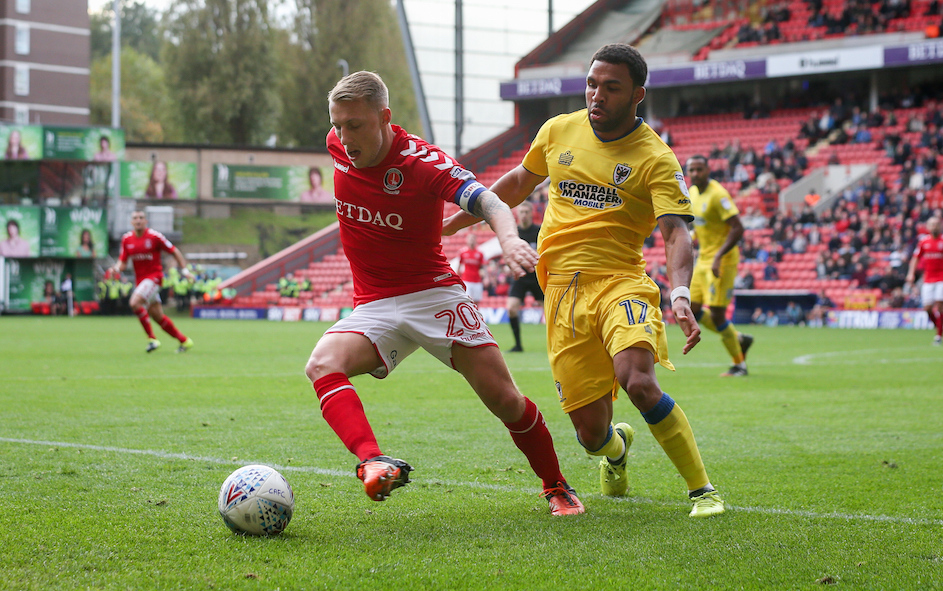 Chris Solly says that Charlton have their sights set on automatic promotion from League One this season – and that they won’t let Saturday’s 2-0 defeat at Scunthorpe derail that, writes Louis Mendez.

Two second-half wonder-goals from the Iron’s Josh Morris swung the contest in the favour of the home side, with the visiting Addicks unable to find a way past goalkeeper Matt Gilks despite creating some good opportunities to open the scoring in the first-period.

The South Londoners remain six points shy of the top two places in League One, with Tuesday night’s game-in-hand at home to Peterborough a chance to cut the deficit.

“Everyone is disappointed and gutted with the result – but we play again in three days,” said Solly, after Charlton suffered their first league defeat in 10 games during his 250th appearance for the club.

“So we’ve got a chance to put that right and start another unbeaten run.

“It’s still massively tight up there. It keeps everyone bunched together, which is nice. One of our games in hand is Shrewsbury, so if we beat them and we’re right back in it again.

“Top two is what we’re aiming for. One disappointing result isn’t going to change the way we’re feeling. We feel like we can make that position ours.

“I’m not really one of those who pays too much attention to the league at this stage but if I do have a look it’s always above us, I don’t really look what’s happening below. All I’m focusing on is making sure we get promotion and hopefully that will be via the top two positions.

“Normally against the top teams it’s a little bit of quality of a mistake than decides the game. That’s how it turned out on Saturday. Morris has hit two worldies – a free-kick into the top corner and then he’s hit one with his right foot top bins again. Ben [Amos] had no chance with either. Disappointing result and disappointing that the run has come to an end but after Gillingham we turned it around, and that’s what we’ve got to do now – go on another unbeaten run starting Tuesday.”