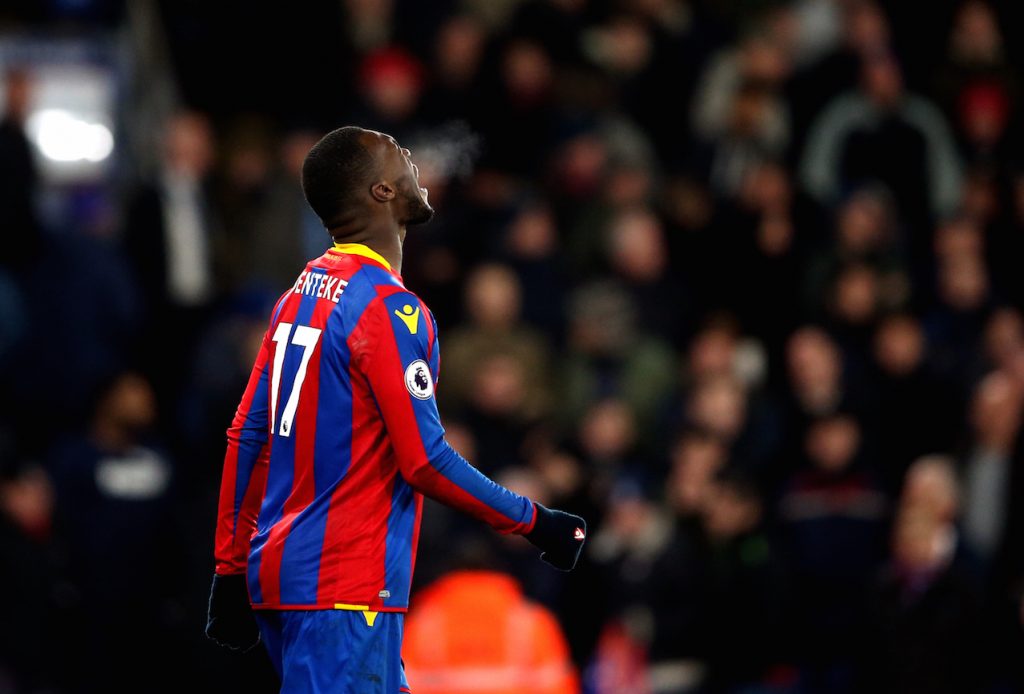 Benteke took the ball from usual penalty taker Luka Milivojevic, who had already found the back of the net with a first-half spot-kick, only to see his effort saved by Asmir Begovic, to the fury of several team-mates and the coaching staff alike.

Hodgson was pleased with Palace’s work going forward. Milivojevic equalised after Jermain Defoe’s opener, before Scott Dann turned the game on its head, and Defoe then put the Cherries back on level terms with a stunning volley.

He said: “We were good throughout and our attacking play was outstanding. [Wilfried] Zaha was out of this world with Ruben Loftus-Cheek not far behind, and we created enough chances and moments in the game to score half a dozen goals.

“The goals we conceded – the second one was a soft one by our standards, and the first one shouldn’t have been allowed as one of our defenders [Jeffrey Schlupp] was held so Defoe could get free and score the goal.”

The former England boss refused to criticise supporters for expressing their frustration with Benteke for his miss, but praised the Belgian’s other contributions to the match.

“I expected Luka to take it as he is our designated penalty taker but for some reason Christian persuaded him that it should be him, and he missed it. He’s been told that he’s not to take penalties already. After missing one that deprived us of two very valuable and deserved points, I can’t imagining him racing up to the ball to take one next time.

“He’s stunned, shocked and very disappointed but I must add that he played well. It’s the best he’s played since I’ve been here. His hold-up play and flick-ons were good so it’s a great disappointment that he couldn’t crown that performance with a goal, and rather than that he’s put himself in a bit of a black hole as far as the Palace support is concerned as they expected him to score.

“The reason he was booed off at the end of the game is obvious because the fans, having seen us work as hard as we did second half and create chances and the referee give a penalty with two minutes to go, they think ‘here we go, we’ve won it’. When the guy who takes the penalty misses it, I’m afraid you’ll have to accept they’ll be booed off the field – that’s not just Crystal Palace, that’s anywhere around the world.”