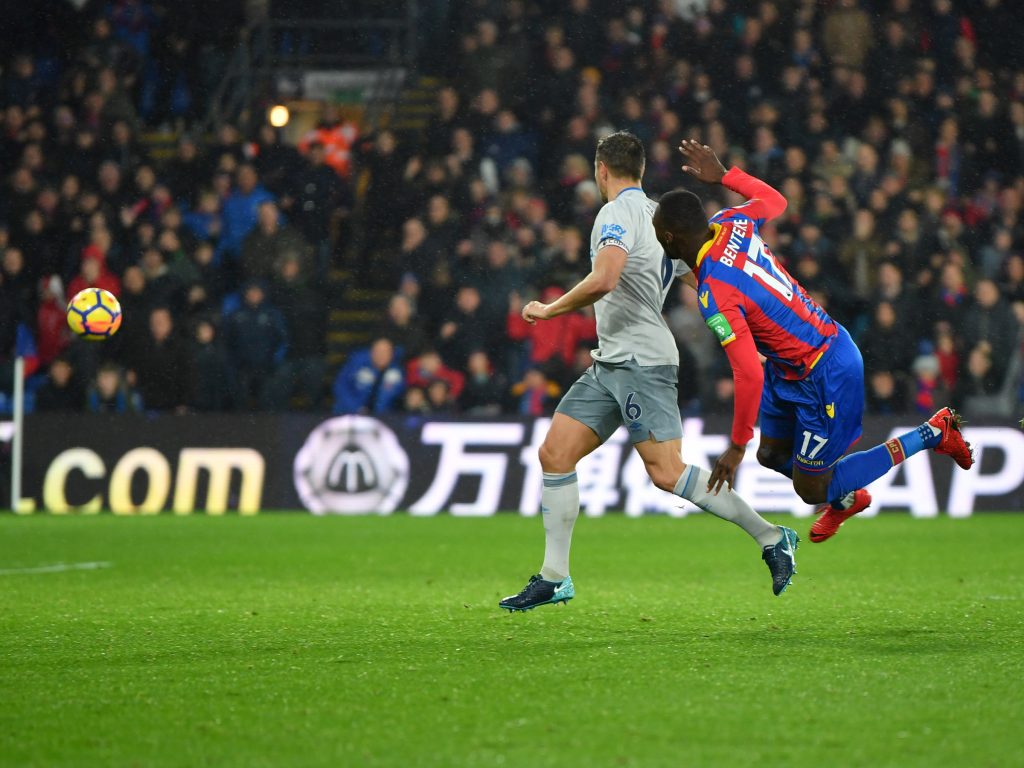 Christian Benteke has been told he has to cope with the pressure of firing Crystal Palace to safety.

The striker made his return from a knee injury in Saturday’s 2-2 draw against Everton but missed a big chance near the end of the contest.

“The fact he is a big-money signing for the club means there is a lot of expectancy,” said Eagles manager Roy Hodgson. “He’ll have to live up to those expectations.

“The two up front [Andros Townsend and Wilfried Zaha] did very well. They terrorised them, particularly Zaha.”

Hodgson was keen to praise his midfield. James McArthur, operating in a wide left role, opened the scoring after just 55 seconds.

“Ruben [Loftus-Cheek] will get the major plaudits – that’s fine. He had a very good game. But all four were excellent.”