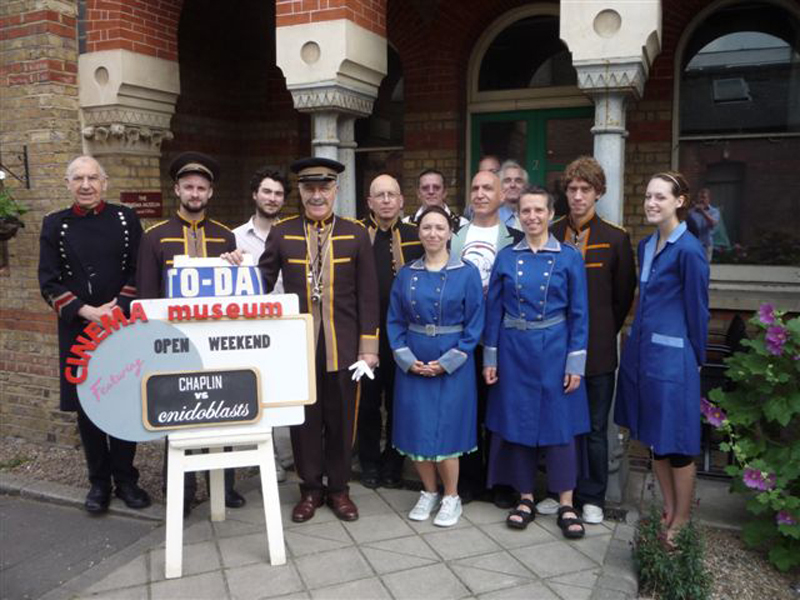 The fate of a shrine for film fans – and especially those of Charlie Chaplin – could be decided as early as tomorrow.

The Cinema Museum in Kennington, which won the Time Out Love London award two years ago, has been threatened with eviction from its building in Dugard Way, Lambeth.

The old Lambeth Workhouse where filmmaker Charlie Chaplin spent some of his childhood has been home to The Cinema Museum for 19 years.

Museum staff have made numerous attempts to buy the building over the years and claim to have been told by owners South London and Maudsley NHS Trust (SLAM) that it would sell the building to them for a fair and independent price.

But SLAM now says it is planning to sell the building and is obliged to offer it to the highest bidder, telling potential buyers that The Cinema Museum’s lease expires in March 2018.

A petition started last month by volunteer Liz Waldy on change.org to save the museum already has more than 22,000 signatures.

It says: “The Museum has never asked SLaM for charity – its prepared to pay a fair price to secure its home and its future so why does SLaM keep refusing to do that? The Cinema Museum is willing to work with potential developers to find a solution that provides affordable housing without destroying cinema heritage, our Museum and our important community-wellbeing work.

“We call on Dr Matthew Patrick at the NHS Trust and the board of SLaM, to keep their promise, be fair to the Museum who have provided vital community services (as well as housing the countries most significant collection of cinema memorabilia) and agree to work with us to find a solution that guarantees not just their sale profits, but also our sustainable future.”

The Museum has placed its own bid for the site, in partnership with Family Mosaic – part of the Peabody group – which aims to provide affordable housing on the site and ensure the ownership of the old workhouse for The Cinema Museum.

Sir Charlie Chaplin’s family are particularly happy with the work the Museum does to support the vulnerable in society and have written an open letter to the people of the UK asking them to help Save the Cinema Museum.

A spokesman for SLaM said: “As a public NHS body, it is our duty and aim to sell these properties so that we maximise the value for these assets. This will enable us to invest in front line mental health services for the benefit of our service users in Lambeth and surrounding boroughs.

“The Trust is favourably disposed to offers that would support the aims of the Cinema Museum and have encouraged potential buyers to bid accordingly. The Trust has not previously agreed to sell the Masters House property to the Cinema Museum.

“The Trust has instructed Savills to assist with the sale of the property. The property has been openly marketed since the end of September and interested parties are in the process of submitting bids. Further questions regarding the sale should be directed to Savills.”