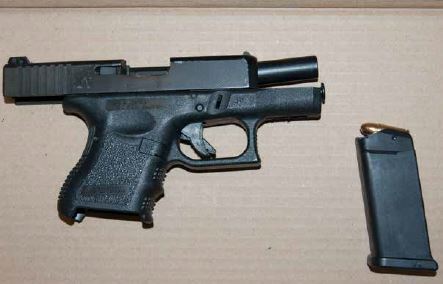 A member of a gun-carrying criminal gang who planned to import £15million worth of heroin have been sentenced to 24 years in jail for supplying £1.5m of the drug.

Wesley Clarke 33, of Gaskell Street, Clapham, was sentenced at Kingston Crown Court on Monday, 17 December, after he was convicted of conspiracy to supply a class A drug, possession of a loaded firearm with intent to endanger life and possession of ammunition.

He pleaded guilty to the conspiracy charge in June and he was found guilty of the firearm charge on 4 December at the conclusion of a trial.

Clarke was prosecuted as the result of a sting by the Met’s Organised Crime Command targeting a criminal gang who were using sophisticated means to import and supply heroin.

Detectives used a combination of surveillance, forensic evidence and examination of mobile phones to identify the defendants.

The investigation established the gang used apartments in South London to process drugs and mix them with ‘cutting agent’ in order to increase the volume and street value. It was then pressed and packaged before being distributed to the London drugs market.

Officers carried out a raid on October 4 2016 at Malmsey House, Vauxhall – one of the apartment blocks used by the gang. They found 1.5kg of heroin and a loaded Glock 26 pistol in a cupboard – and forensic evidence linked Clarke to both these items.

The other three members of the group arrested and prosecuted as a result of the operation were Stoker Williams, Shaun Atkins and George Richards, who were all convicted of conspiracy to supply a class A drug – heroin.

After arresting Williams on 15 August 2017 in Croydon in his VW Golf, officers found a box on the back seat of the vehicle containing about 11kgs of cutting agent and keys to a nearby apartment.

When this flat was searched, officers found that it was vacant and had been used solely as a base for the gang to process drugs.

Atkins, who was arrested on the same day at Heathrow Airport, pleaded guilty to his role in the conspiracy at an early stage having been observed discarding 2.5kgs of heroin.

Richards was arrested on 20 October 2017 and a search of his address led to the recovery of an industrial drugs press and equipment to mix heroin with cutting agents.

Clarke was arrested on 10 January at the address in Malmsey House, Vauxhall where he was found in possession of heroin and cocaine.

Williams and Richards were both convicted of their part in the conspiracy on 7 September after an 11-week trial at Kingston Crown Court.

During the trial, the jury heard evidence of the gang’s plan to import 300kg of heroin, potentially worth £15 million, from Turkey and Panama for distribution in London.

The gang was convicted on the £1.5 million value of the 30kg of heroin and cutting agent recovered during the police investigation.

“These men were members of an organised criminal group who were intent on delivering hundreds of kilos of Class A drugs to gangs on the streets of London.

“Clarke’s conviction for possession of a loaded handgun with intent to endanger life demonstrates the lengths they were prepared to go to protect their business model and the danger that they posed to the public.

“These convictions show our commitment to tackling organised criminals who seek to profit from the misery inflicted by the distribution of drugs in London.”