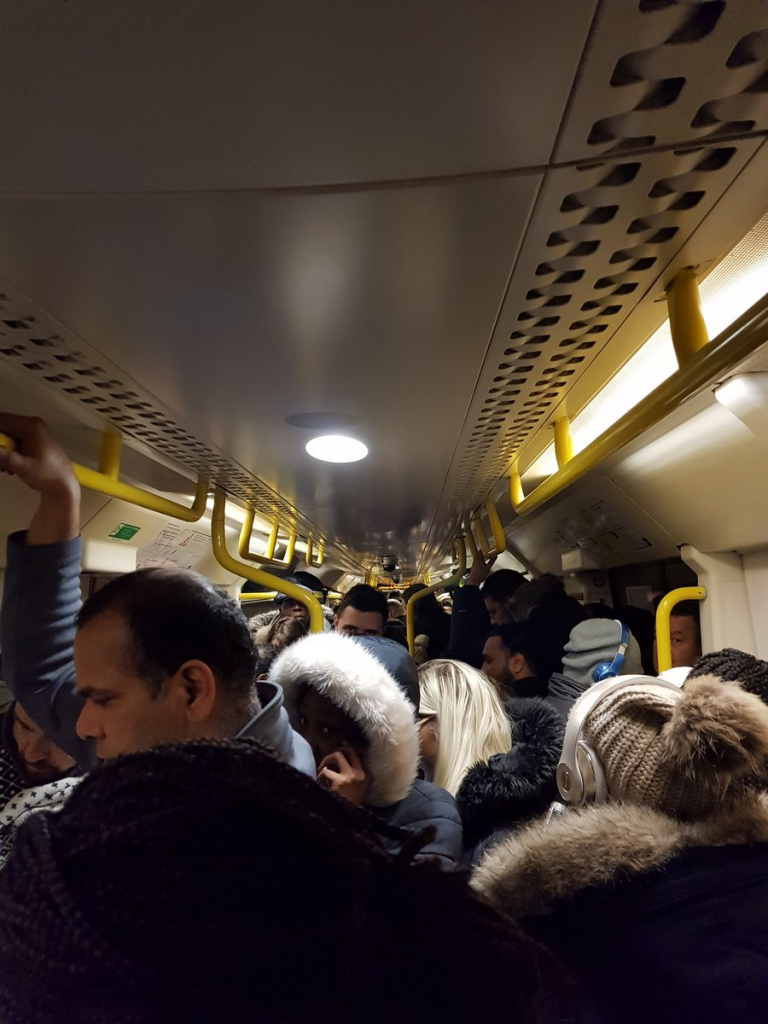 Commuters on the “train from hell” have criticised the investigation into Southeastern and Network Rail and say they still haven’t received compensation.

An investigation into the Southeastern trains stuck outside Lewisham station on March 2 will be led by the Rail Accident Investigation Branch, it was announced last week.

Eileen Mahooney, 60, of Hither Green, was on the train stuck 20 feet from Lewisham station for more than three hours.

She said: “I have absolutely no faith in the investigation, it is never Southeastern’s fault. I have taken that train every day for 15 years, for my sins. The service is terrible, but they always have an excuse.

“I can see this investigation going nowhere. They’re going to say it was really bad weather and blame the snow.

“But then the summer comes and it will be too hot and the tracks are melting and in the autumn they blame the leaves. There’s always something.”

Ms Mahooney got on a train bound for Bexley at London Bridge just after 5pm.

She said: “It was rammed. We were like sardines.”

The train came to a halt before Lewisham station. The driver told the passengers that a train in front of them, which was an older model, was struggling to connect with the track because of the ice.

Ms Mahooney said: “For a long time it was quite a good atmosphere. People were calm and okay. But we were really crammed in. I don’t have a good back. I was standing there in place for three hours. I couldn’t even turn around.”

Passengers on the train in front had jumped onto the tracks at this point in frustration and the driver in Ms Mahooney’s train said he was waiting for confirmation from Southeastern to let him lead his passengers off.

After about 30 minutes of waiting, passengers opened the door and disembarked.

Mrs Mahooney said: “When I got off that train, I was appalled to see that at most we were 20 feet from that platform.

“Then on the news the next day, I heard they were launching an investigation. Southeastern made it look like we were in the wrong and endangering lives by jumping on the tracks.

“I felt like jumping through my television screen. We were 20 feet from the platform, what the hell.”

Southeastern and Network rail also set up an independent investigation to review the events on Friday March 2, but this is separate to the RAIB one.

Julian Jackson, 42, of Chislehurst, was also on the train but he stayed on because he thought it was too dangerous for so many people to walk on the tracks.

He said: “It was so badly managed. Surely the technology could have been better and why did they have an older train on there in the first place?

“At first it was boiling hot so they turned off the heating, then it became freezing as they couldn’t turn it back on.

“A lady on board had an attack. Other passengers rushed around asking if anyone could help. They said it was a Raynaud’s seizure.

“I still haven’t received a refund from Southeastern. They seem to be very responsive on Twitter but not so good with online applications.”

A representative for Southeastern and Network Rail said: “We’d like to sincerely apologise to all of those passengers caught up in disruption on the Southeastern network in the week commencing 26 February, and especially those stranded on busy trains on Friday evening.

“Our staff worked around the clock all week to keep trains running in the severe weather, but despite our best efforts to deal with the snow and ice affecting the power supply to our trains, many passengers’ journeys were disrupted.

“We’ve seen passengers’ first-hand accounts of the disruption at Lewisham on Friday 2 March, and we will do everything we can to ensure that the experience some of our passengers endured is not repeated.

“Southeastern and Network Rail have appointed an independent investigator to carry out a full review of the events.

“We have also informed the Rail Accident Investigation Branch of the circumstances and they have announced that they will carry out their own investigation. We will use the findings to improve our operations and share learning across the whole rail sector.

“We are encouraging those passengers who were disrupted in the week commencing 26 February to contact us through our website so that we can compensate them. We are doubling Delay Repay compensation for all passengers caught up in disruption from Tuesday 26 February to Friday 2 March, and will be providing enhanced compensation for those who were stranded on trains on the Friday. This will be £100 or double Delay Repay – whichever is greater.”