Connor Mahoney has described next season as “massive”, with the winger having less than 12 months remaining on his Millwall contract.

The 24-year-old arrived in SE16 for an undisclosed fee from AFC Bournemouth in July 2019.

But Mahoney made just four Championship starts last season as a persistent groin injury sidelined him for the best part of four months, meaning he was out of the matchday squad for 25 league fixtures.

The Blackburn-born attacker managed 40 matches in the 2019-20 programme – scoring three goals and claiming five assists – but 24 of those were as a substitute.

“I need to show the gaffer I can perform,” said Mahoney. “I think before I got injured last season I was doing that – I was scoring and assisting. I’ve got one more season left on my contract, so obviously it is a massive season for me.

“People say ‘I don’t think about that’ [in terms of their contract] but it is your job and you’ve got a family to provide for.

“The main thing for me now is to get in the team and be playing well – all that other stuff will sort itself out if I start the season well.

“I’m sure if I do that then we’ll get something sorted.”

Mahoney is adamant his groin problem was not a major issue – more that he suffered multiple setbacks on the comeback trail.He pulled the muscle taking set-pieces the day before Millwall played Cardiff at The Den in late November.

“Once you get injured you kind of know the timeframe,” said Mahoney. “If you complete the timeframe and then do it [the injury] again, you kind of start from scratch. That happened to me two or three times.

“I’d complete the four to eight week period and then have to start all over again. Mentally it was quite tough.

“The injury wasn’t a bad tear. It was the tissue more than the muscle. It was the surface that kept ripping. It was a niggle that just kind of kept happening and we couldn’t do anything about. 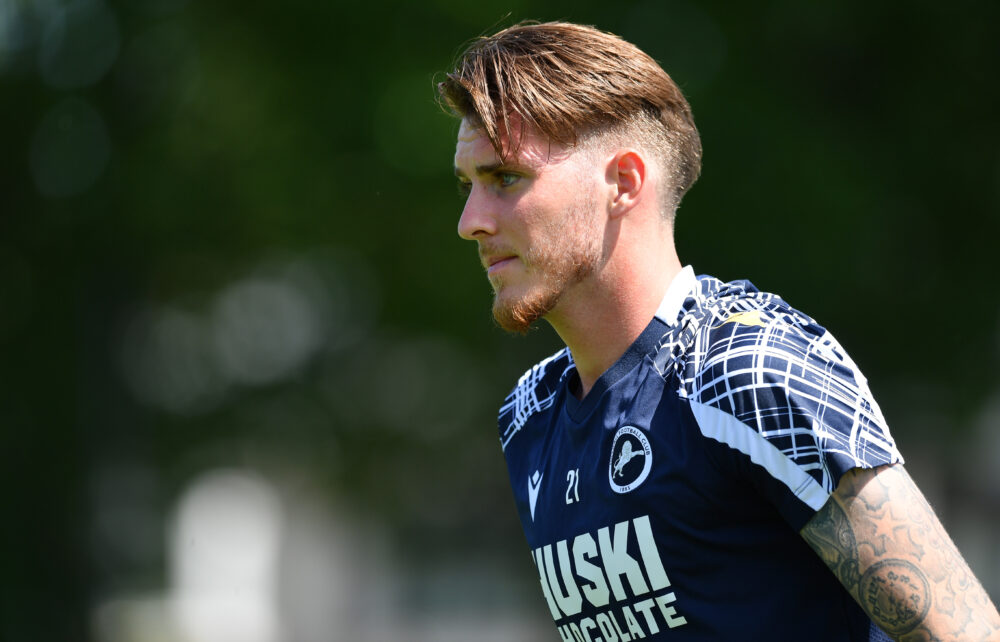 “We changed a few things around. I did a bit more strengthening and we used some things in training to measure my kicking speed.

“Most importantly, when it is about kicking a ball, I need to build confidence back up in my head. A bit of it was mental, but everyone at Millwall tried to make sure I had the right steps so it didn’t happen again. Thankfully it feels good at the moment.

“My target now is just to play football. When you’ve been out for so long you don’t want to look too far ahead with goals and assists.”

Mahoney has played at wing-back and on the left of a midfield three in pre-season.

There have been flashes of his undoubted talent – and finishing ability – but not enough over a sustained period. He has made 18 Championship starts since arriving in SE16.

Neil Harris, the manager who brought him to Millwall, talked about Mahoney having the best crossing stats in the division after he had played 30 matches on loan at Birmingham City.

“I would have made a lot more appearances if I hadn’t been injured,” said Mahoney. “I want to play every game, but if not then I want to give the gaffer a bit of a selection headache. I’ll play anywhere, as long as I’m playing.

“That’s what I bring to the team, that bit of creativity, spark and a goal or an assist here or there.

“If you can do that over a season you’ll be in and around it. If I stayed fit last season and chipped in with a few goals or assists then we’d have picked up a few more points and been higher up the table.

“It’s about getting the points on the board early on and seeing where you are around Christmas time – to kick on again.

“The league is wide open. We’re a confident bunch.”