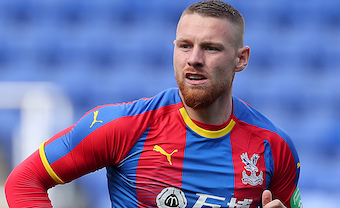 Connor Wickham returned to league action at Selhurst Park on Boxing Day as the Palace striker continued his comeback from long-term injury – 767 days after scoring in the Eagles’ 2-1 Premier League home defeat against Manchester City in November 2016,

Against Cardiff City the 25-year-old was introduced in the 63rd minute for German midfielder Max Meyer as Palace boss Roy Hodgson looked to capitalise on his side’s near-constant attacking domination against the Welsh side.

“We knew we were going to come up against a team that were going to stick 11 behind the ball, try and fight the game and be physical everywhere – and they were,” Wickham told the South London Press after the 0-0 draw.

“He [Hodgson] told us after the game that we have to be more ruthless in front of goal. We had 31 shots which shows we were getting into the right positions and the right areas, and working the ball well, but we just need to be more clinical and learn to kill teams off when we get the chance to.

“We can look at it as two points dropped, or one point gained, but we didn’t lose the game and it was another clean sheet, so we are still on the upward momentum and can look to take that into the weekend against Chelsea.”

After sustaining a serious ACL knee injury in the 5-4 league loss away at Swansea the week after that City loss in 2016, Wickham’s comeback has had numerous setbacks, including missing the entire 2017-18 season, but he eventually returned to league action as a last-minute substitute in the away defeat at Everton in late October.

Hodgson then turned to him against Cardiff to provide that physical threat which Palace have been missing due to the ongoing injury of Christian Benteke and he was immediately involved, flicking on an Andros Townsend cross to Wilfried Zaha, who could only volley over and then missed a chance to score as his shot on the turn hit the goal stanchion.

“It was quite a good feeling to be back on the bench at Selhurst in a game in which I knew I could make a difference and in which I nearly did,” said Wickham, who joined Palace in early August 2015 and had played just 31 times for Palace in the Premier League.

“I didn’t travel with the squad for the Man City game – I read speculation that I was injured again – but I spoke to the manager on Friday who said I am still in the plans [for Cardiff]. As a substitute watching from the bench you have to anticipate what is going to happen, anticipate the chances and see where you can take advantage if you do come on and that’s what I tried to do; I knew there would be a lot space in behind – we worked on it in the week.

“It’s been a long time and I didn’t ever anticipate it being so long, but it is one of the curve balls that being a footballer brings. The little injuries are the ones which have frustrated me the most, but I feel like I have got myself in a good position to stay fit and hopefully get more football before the end of the season. It’s just match sharpness [now], it will come soon, sooner rather than later hopefully.

“I have had everyone involved [in my recovery], my family, my partner and my little boy. I have had my mind occupied away from the injury side, and hopefully now I will stay injury free and look forward to the future.”

In a packed festive schedule, that future starts on Sunday with another home clash, against Chelsea.

“We’ve had eight games in December and they come around thick and fast, but the boys do it year in year out,” said the former Sunderland striker. “We’ve got the staff and all the science behind us that will give us the best chance to recover, so we will just have to look after ourselves and can use this Cardiff result one to build the momentum.

“I want to get in the starting 11 – that is my ultimate goal. I’ve got the capability of doing so when I am at 100 per cent, so it’s about getting to 100 per cent, staying there and let my football do the talking, but we are on the up and hopefully we can get a result against Chelsea on Sunday.”

One thought on “Connor Wickham exclusive: Crystal Palace striker on his fight to return from a serious knee injury”