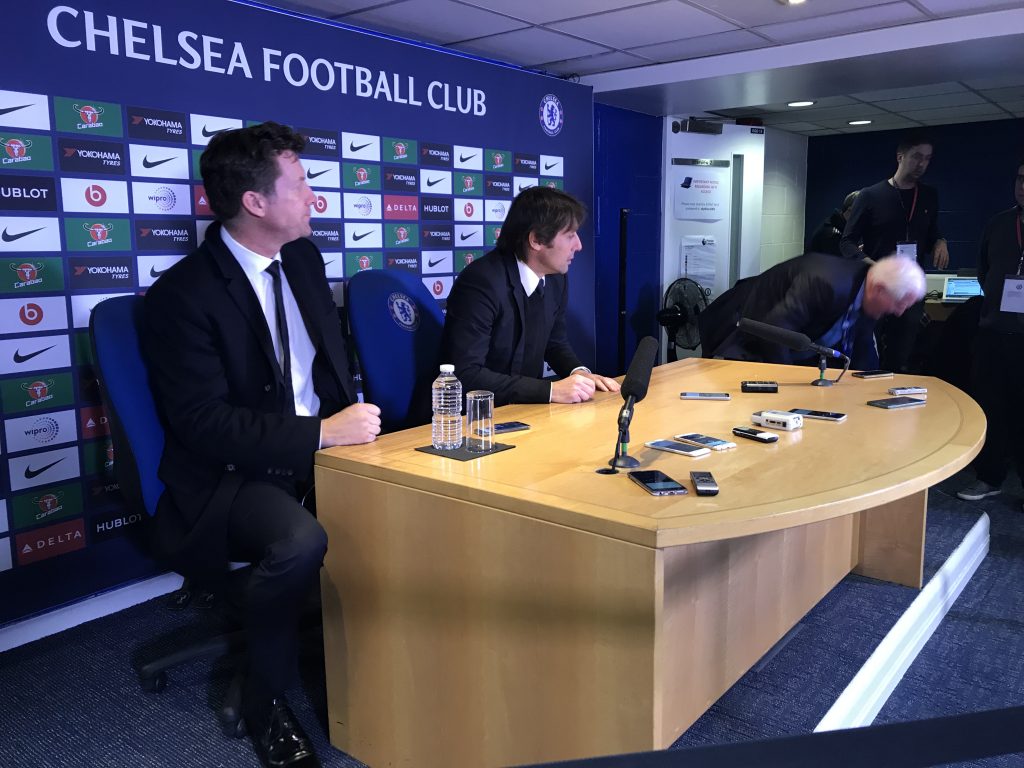 Antonio Conte would have loved to have won, even 1-0 but has to be content with the 0-0 result against Arsenal in the Carabao Cup semi-final 2at leg tonight at Stamford Bridge.
He said: “For sure I think it would be better to win the game, to win the game also 1-0. The positive things were that we didn’t concede a goal and when you play a semi-final with two games and not concede at home will be important.
“We tried to win, we shot 20 times, we created chances to score but couldn’t take them. In the last period we must be more clinical, we must be more good offensively, if you don’t score the game can finish in a draw. After Norwich it is the second 0-0 in a row. We have reflect on this and to improve on the training pitch in this situation.”
He does not seem unduly concerned about the lack of goals.
“You must be worried if you don’t create and it can become difficult to score,” he said.
“But I think this team, every game we create chances to score, this season maybe we are be a bit unlucky. We are not so good to take these chances. But my speech is not for the strikers, for example today (Andreas) Christensen had two chances to score, two fantastic opportunities.
“We have to improve with all the players, not just the strikers or the midfielders. When you have the chance you have to score because especially in these games when you play a semi-final it is very important to exploit every chances you have.

It was the first use of VAR technology and Conte, again is okay.
“I didn’t see. I am sure the referee checked this situation. About VAR I am positive, very positive. Because if there is a big doubt during the game then it is right for the referee and the other referee to watch the video and to check and make the best decision.
“Everyone wants less mistakes during the game. This could be positive. For sure you have to improve and to understand that when you start to use VAR you need to add more time and extra time. For example, when there are doubts two or three times during the game, the extra time is seven, eight or nine minutes.”
One of his main players Eden Hazard was replaced – was he injured?
“No, no, no, no, definitely not. it was a technical decision,” he stressed.
With the semi-final poised at 0-0 and the return leg at the Emirates in two weeks’ time, are Arsenal favourites?
“I don’t think so,” said the Italian.
“We have the same probability to go through to the final at Wembley. It’s 50-50. Not to concede at home could be very important for the second leg. At the same time we know very well to play at the Emirates is not easy or simple. We are ready. We deserved to be in the semi-final of this trophy and be very happy to do this.”
It will be the third time the side will have played each other in a matter of week, are they too familiar an opposition?r?
“To play three times in three weeks is very strange. At the same time it is more simple to prepare the game because you know the team and the way they are playing.