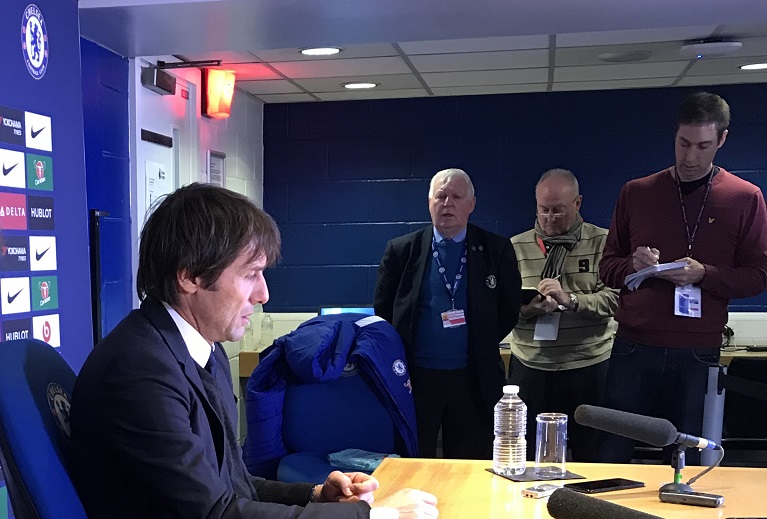 Chelsea head coach Antonio Conte hope that Chelsea will tie superstars Eden Hazard and Thibaut Courtois to new deals to stay at Stamford Bridge before the season is out.

With the World Cup on the horizon, Conte and the club will hope to tie the duo down before the summer tournament.

Conte said: “As you know very well we are talking about two great players. Thibaut is one of the best keepers in the world, maybe the best. And Also Eden.

“He club knows very well the importance of these two players and I think they are very happy to play for this club. It’s normal during the season to have contact between the players and the club. I hope that at the end of the season Thibaut and Eden will sign a contract.

Conte would not be drawn on how much it is liable to cost the club to secure new deals for both.

“I don’t know about this because I’m not an agent and I don’t want to go in this conversation.!

The World Cup is a showcase for talent and all the top European clubs will have scouts assessing the players and Conte will be on the lookout too.

He said” For sure, the World Cup is a great tournament, the best in the world. In this tournament you can show your ability, your skills. You can show that you are at the top of the players. I think this is a great chance for every great player to show his ability.

“I don’t think Eden is in the peak of his career. He has a lot of (room for) improvement. He is a young player and it’s important for him to work, work, work in training sessions to improve himself and then to have this type of performance.

And what must hazard do to reach the peak?

On Tuesday, Chelsea face Atletico Madrid in their final group match in the Champions League. The Blues have already secured progression into the next stage, but how  important is it to top group?

Conte said: “This game is an important match because we are playing Atletico.

“They showed in the past to be an important team in this tournament. Now there is a risk for them to be eliminated.

“But even if you finish first we risk getting Real Madrid, Bayern Munich or Juventus in the draw. It doesn’t change a lot if we finish first or second. The most important thing is to go through to the next round. But for our ambition and our confidence it would be right to win and arrive first.”