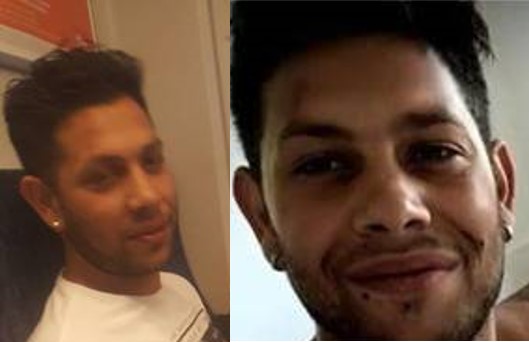 A man who beat a woman he knew with a broom then tried to throttle her is wanted by police.
Officers from the Met’s South East BCU’s Safeguarding team, which covers the boroughs of Lewisham, Greenwich and Bexley, have released two image of 25-year-old Omer Dos Reis, a Portuguese man wanted for ABH and malicious communications.
Detective Sergeant Sam Bennett, said: “We would like to hear from anyone who may know the whereabouts of Dos Reis or may recognise him and know where he has gone.
“He is a Portuguese national; both his ears are pierced and he has cropped black hair. He also has two black star tattoos on his collarbone and is approximately 5ft 5ins tall.”
Dos Reis is wanted following an attack where he assaulted a woman with a broom before strangling her in June 2018. He is further wanted for making threats to the victim – who was known to him.
DS Sam Bennett added: “I’m sure that someone will recognise this picture of Dos Reis. If you do recognise him or know of his whereabouts, please call police immediately on 999 and quote CAD 7246/25Jun18. Alternatively please call Crimestoppers on 0800 555 111.”