Lee Bowyer is not expecting Chelsea to recall Conor Gallagher in January – because he reckons there is no better place for the all-action midfielder to be playing his football this season.

The 19-year-old signed for the Addicks before the Championship campaign started.

Gallagher has scored five goals and claimed two assists. At the weekend he fired home from 25 yards out to cap a 3-0 victory over Derby County.

The only match he has not started was the league opener at Blackburn Rovers.

Gallagher’s form has led to promotion to the England U21 squad for the most recent international break.

And Bowyer is not worried that the teenager could be brought back to Stamford Bridge at the start of 2020. 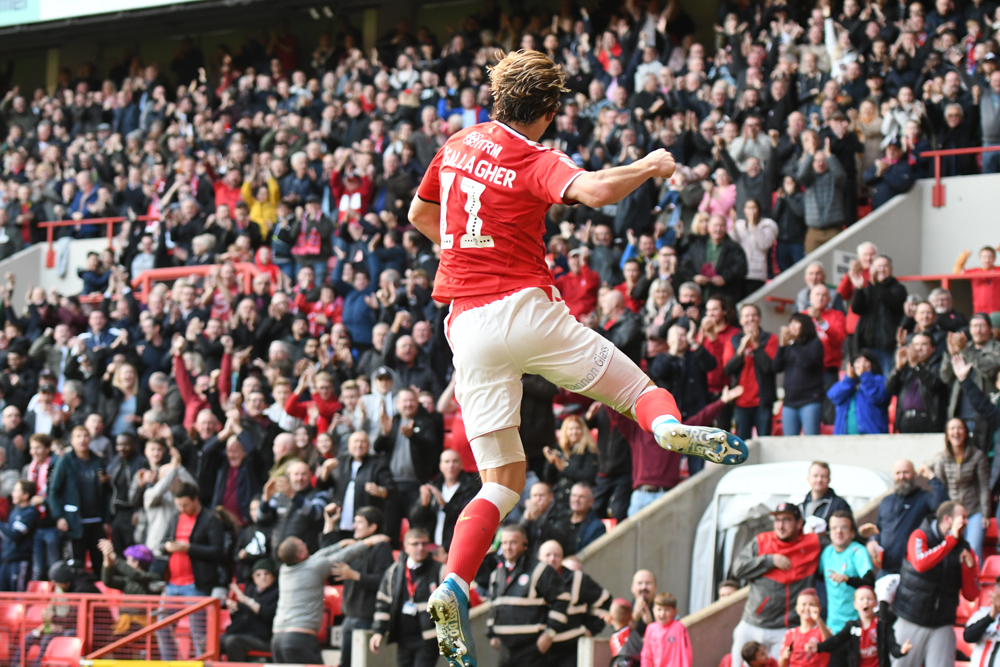 “I don’t think they will do that,” he told the South London Press. “Where would they send him that is better than here? That’s the question.

“He’s close to home and they are over the moon with what’s happening with him.

“So, for me, it would be crazy to take him away from here. Just leave him to it. He is enjoying it here and learning.

“All his goals have been different types but he is still learning the defensive side of the game. Even at the weekend there were a couple of times where he could’ve got done when they got in behind him.

“He was a bit of a gamble but has come in and hit the ground running. He has got all the ability but also just wants to learn.

“That defensive side is the only weakness in his game, but he is improving on that already. Everything else is excellent – his work rate and physically he does well. His passing is very good with both feet and he arrives in the box, all the things you need to be a top midfielder.”

Charlton are set to be without left-back Ben Purrington (calf) for a third match as he is expected to sit out tomorrow’s fixture at Bristol City.

Right-back Adam Matthews (hamstring) has been ruled out until the next international break.

Chuks Aneke is more likely to be back available for Saturday’s match at West Bromwich Albion with Jonny Williams (knee) needing longer for his injury to settle down before he can be properly assessed.

Sam Field and Jonathan Leko are ineligible to face their parent club at The Hawthorns this weekend.

“We’ll use them both Wednesday to give others a little break to get ready for Saturday,” said Bowyer.