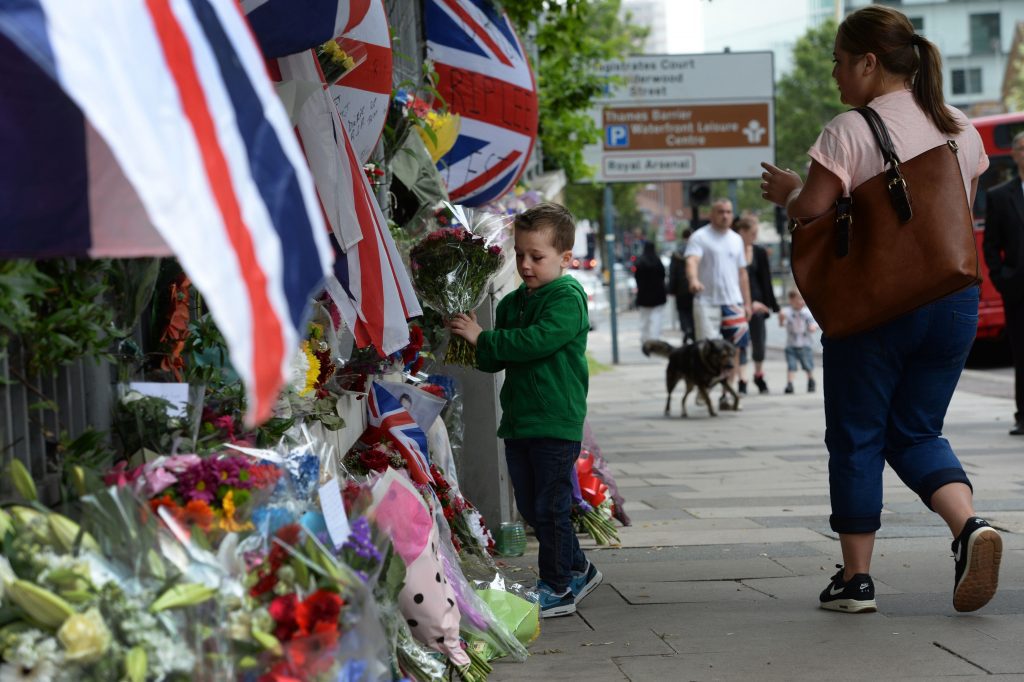 Greenwich council decided to remove Union Flag and St George’s Cross flags from an unofficial memorial that had been set up on the site where Fusilier Rigby was murdered in 2013 in a terrorist attack.

A council spokeswoman said Greenwich council had removed the flags from Wellington Street following requests from local residents and because they had become weathered, worn and unsightly.

This move sparked a backlash on Twitter, with people posting images of a council worker with information of his name and address.

Several users sent death threats to the council worker, while one described “wiring” him to a fence and “choking him with a bunch of flowers down his throat.”

At a lively meeting on Wednesday Greenwich council leader Denise Hyland said: “Public safety and the rule of law itself are under threat.

“Those who threaten them (council workers), while they are going about their work, as Fusilier Rigby was, have more in common with the monsters responsible for his murder than they do with the decent and right-thinking British majority.”

Cllr Hyland’s comments were met with outbursts from the public gallery.

But her sentiments were backed up by opposition leader Cllr Matt Hartley.

“This was an affront to the values that Lee Rigby and every other member of our armed forces
represent.”

After Cllr Hartley’s words there were more protests from the gallery.

One member of the public shouted: “It’s bang out of order to be calling us Far Right. We just want to defend our children from terrorists.”

At this point the mayor asked for the police to clear the gallery.

Since the incident Cllr Hyland released a statement saying: “It is very sad that a small group of people came along to tonight’s council meeting with the apparent aim of disrupting it.

“Some of their comments were shockingly insulting but it is heartening how members of the council showed unity.”

Local faith leaders said: “Fusilier Lee Rigby was brutally murdered on our very streets. This was a horrific act that shocked us all, provoking outrage across the country, and the world. And yet, five years on we are still fighting extremism – extremism that has been played out very publicly on social media recently, with words of hatred and acts of oppression against innocent people.“We utterly deplore this.”

Currently there are two memorials set up in the borough, one at St George’s Garrison Church and another as part of a book of commemorations in the town hall.

To support this go to www.leerigbylodge.org