It has been more than two years since plans to build one of Britain’s tallest buildings were approved for Croydon town centre, yet work on One Lansdowne is now not expected to start until 2021.

The scheme was given the go-ahead in November 2017 and at 68 storeys would be the same height as Britain’s second tallest building, One Canada Square in Canary Wharf. Work was originally due to start in 2018.

At 236m tall it will tower over the current tallest building in Croydon , Saffron Square, at 134m.

Chief executive of developers Guildhouse Rosepride, David Hudson, said the company was still securing the £500m needed for the project.

He said: “There was uncertainty which has now been removed by the election, there is now money flooding into the country.

“We are looking at several options for funding, it is going to take a few months at the very least to get sorted, the earliest we will be on site is next year.” 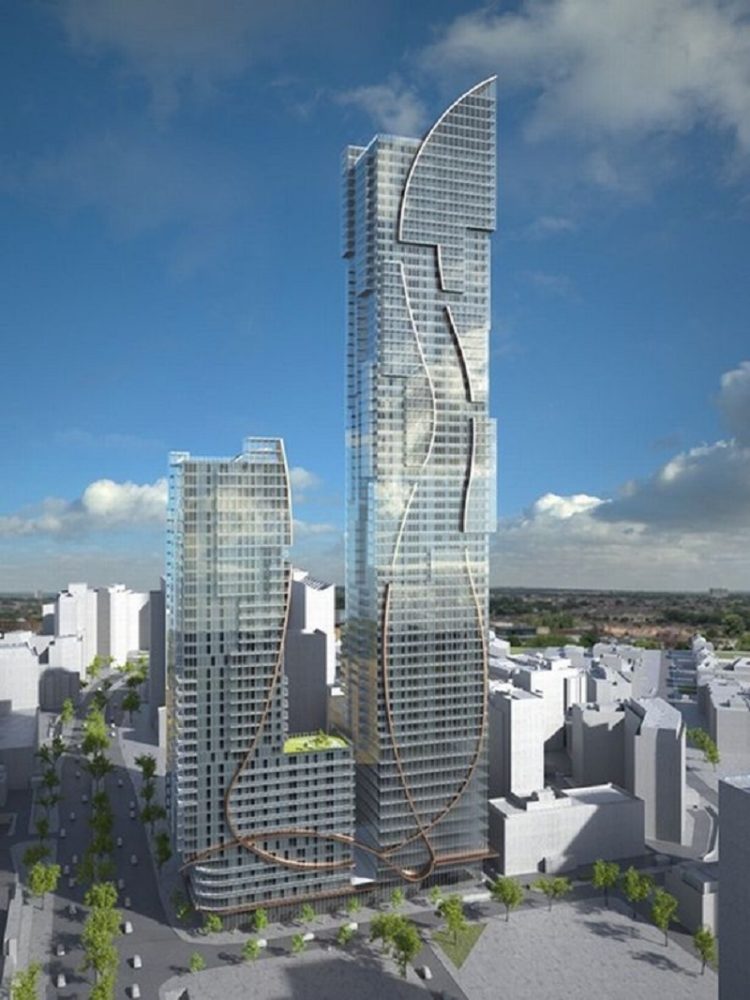 But he said that the company was still committed to build in Croydon, and plans for the skyscraper have not changed.

Mr Hudson added: “We are looking at an innovative heating system which will be run without any fossil fuels by ground source.”

Buildings on the site, at 1-5 Lansdowne Road, as well as Voyager House at 30-32 Wellesley Road, will be demolished to make way for two towers.

The 68-storey and 41-storey towers will be connected by an 11-storey block.

As well as 794 flats the skyscraper would include office space, retail space, a swimming pool and gym, a bar, a restaurant and a public viewing gallery.

Croydon council cabinet member for regeneration, Councillor Paul Scott, was a member of the planning committee when the plans were approved, and said: “We had refused a previous application and they came back with significant improvements.

“I think it could be a good addition to Croydon. I am a big fan of the mixed of offices and flats and a publicly accessible viewing gallery. That would be great for Croydon. You’d get some really good views.”

“It is a very ambitious scheme, anything that tall becomes super expensive to build.”

Top, the site where the skyscraper, inset, will be built