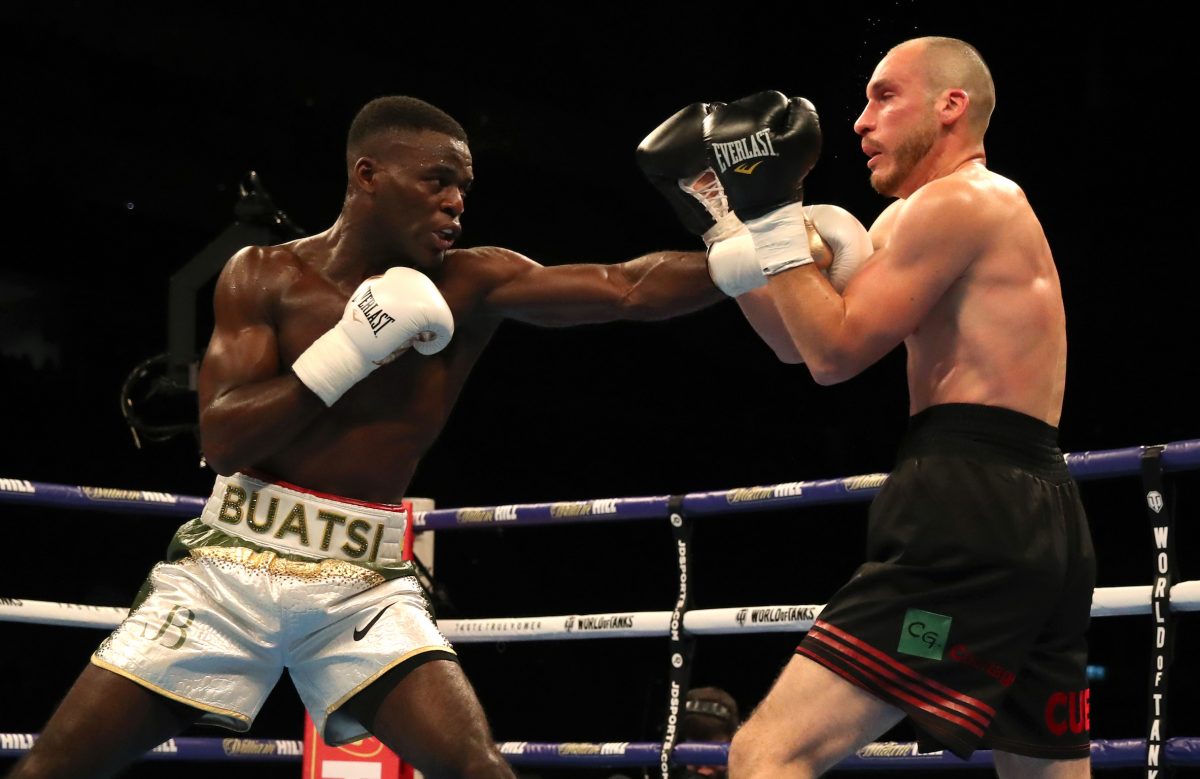 Joshua Buatsi moved his record to 6-0 with a fifth-round stoppage of Frenchman Stephane Cuevas.

The 2016 Olympic bronze medallist was featuring in his first eight-round contest and was always in control at Greenwich’s 02 Arena.

That is not to say that Croydon light-heavyweight Buatsi had it all his own way.

Cuevas did provide opposition as he had some success with punches of his own.

But Buatsi landed hurtful punches to both body and head.

Cuevas was fading in terms of providing resistance by the fifth round and it was all over just 50 seconds into it.

He speared one right hand through the guard of his opponent and followed up with another couple of meaty hooks before the referee waved the contest over. Tellingly there were no complaints from a tired-looking Cuevas.

Buatsi said: “When they step it up, I have to step it up. He was quite game in the first couple of rounds. But I had him hurt and I had to close the show.”

Promoter Eddie Hearn confirmed afterwards that the plan is to move the South Londoner up to 10 rounds this summer and that he will box on a show in New York later in the year.