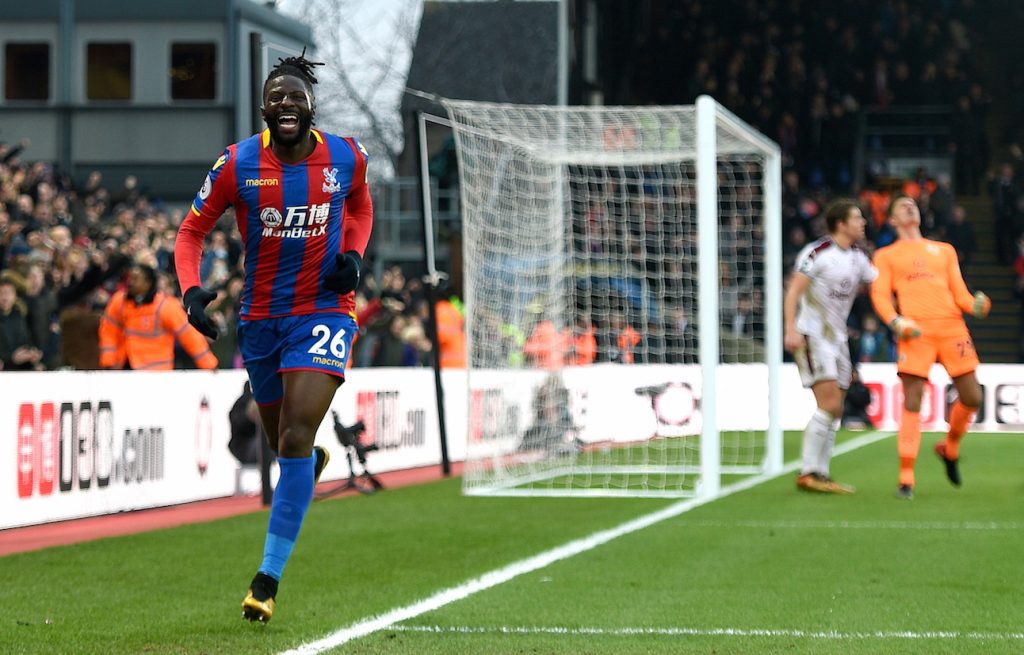 Bakary Sako’s 21st minute goal was enough to give Crystal Palace victory over Burnley following a battling performance in SE25.

Roy Hodgson’s side have lost once in their last 12 league games and moved up to 12th in the Premier League table with 25 points from 23 games.

Sako justified his first league start since September with an energetic and purposeful performance against a Burnley defence that had conceded only 19 goals in their past 22 league games prior to this afternoon.

The striker netted his sixth goal of the season when he latched on to Christian Benteke’s looped pass and drove into the penalty area before unleashing a left-footed strike past goalkeeper Nick Pope into the bottom right-hand corner.

The Eagles almost doubled their lead moments later when Wilfried Zaha beat Pope to the ball and his cross trickled across the goal-line but James McArthur could not beat Ben Mee to the ball who managed to clear the danger.

Sako had a penalty appeal dismissed by referee Michael Oliver in the 10th minute when he appeared to be bundled over by James Tarkowski in the box.

The 29-year-old Sako nearly doubled his tally for the afternoon shortly before half-time with a left-footed volley from 10 yards after Timothy Fosu-Mensah picked him out with a fine byline cross on the right wing.

Benteke should have settled the result in second-half stoppage time when he struck wide from 10 yards with Zaha free in front of a gaping net.

Zaha played in McArthur with 10 minutes remaining after a good move down the left-hand side but the Scottish international delayed his shot that was ultimately scrambled clear by Burnley.

Wayne Hennessey was a spectator for much of the afternoon apart from Ashley Barnes and Sam Vokes each heading wide from close range in both halves. But the Wales international stood up well in the 82nd minute when Barnes was put through one-on-one by smothering the midfielder’s effort. Vokes went close to connecting with Tarkowski’s low cross a few minutes later as Palace dropped deeper to protect their slender lead.

Sako and Zaha provided an outlet for the Eagles as the clock dwindled and the makeshift defence held firm to give the Eagles a clean sheet and all three points.