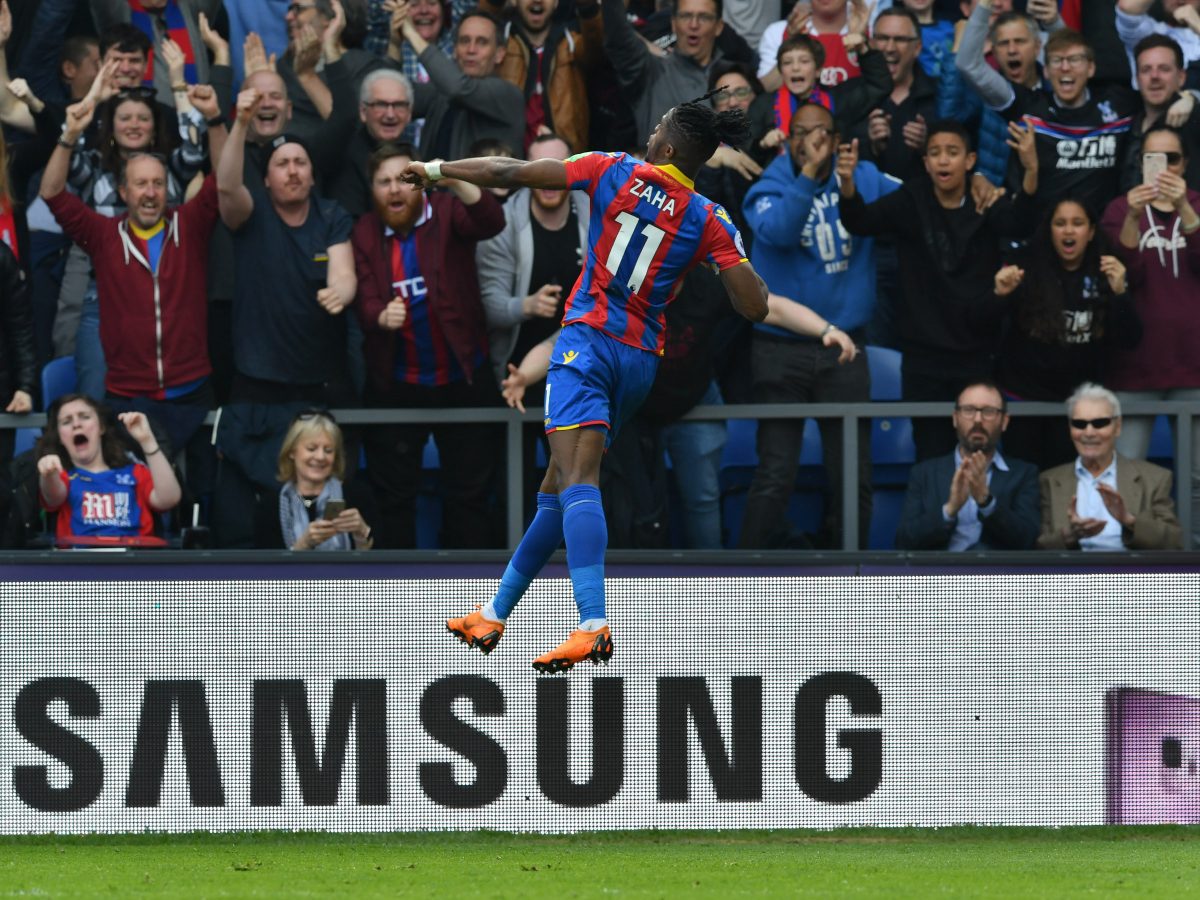 All five goals came in an enthralling first-half with a Wilfried Zaha brace and a goal from James Tomkins cancelling out strikes from former Palace man Glenn Murray and Jose Izquierdo.

The Eagles started the brighter, enjoying the greater majority of possession, and they led within five minutes. A well-worked corner routine from the right saw Luka Milivojevic and Ruben Loftus-Cheek exchange passes before the Serbian’s cross-cum-shot was tapped home from all of three yards by Zaha.

Palace were spurred on by a raucous atmosphere inside Selhurst Park and almost doubled their lead when a corner was cleared only as Andros Townsend, and the former Tottenham man’s audacious dipping volley from 25 yards was awkwardly dealt with Matthew Ryan in the Brighton goal.

And it was from the resulting corner that Palace scored again on 14 minutes. A goal-line scramble saw both Mamadou Sakho and Milivojevic have efforts well saved by Ryan, but the Australian stopper could do nothing to prevent Tomkins’ ferocious drive that squirmed under the goalkeeper’s body and sparked pandemonium in the stands.

Brighton had scarcely entered the hosts’ half in the first 20 minutes, such was Palace’s dominance and constant high-tempo pressing, but they had a lifeline gifted to them by poor marking at a corner. Centre-back Lewis Dunk was allowed too much freedom to rise highest to head towards goal and ex-Eagles talisman Murray swivelled to scoop the ball into the net from close-range via the crossbar.

However, the two-goal advantage was restored just moments later and it was Zaha again with the goal, netting his first brace since the one he scored in the play-off semi-final against the same opposition in 2013. The Ivorian was left completely unmarked as he darted into the penalty area and headed home Milivojevic’s deep cross.

Given how well Palace played, it was a shame that the game would most likely be decided by who could defend the better. For all their attacking potency, with Zaha, Townsend and Loftus-Cheek all driving at Brighton and causing a threat each time they moved the ball forward, Roy Hodgson’s side still appeared weak defensively.

Joel Ward had only featured once since December 2 and it was perhaps the subsequent rustiness that allowed the full-back to be turned too easily by Izquierdo, and the winger swept a lovely curling effort beyond Hennessey. Brighton had barely threatened the Welshman’s goal in the first half and Hodgson and his side would have been startled that they only led by one at the break, although it could have been more had Ryan not done well to beat away a powerful Milivojevic strike that was destined for the bottom corner.

Murray almost netted an equaliser in the early stages of the second half but could only divert wide on the stretch as he connected with a deep cross.

The visitors had a sense of belief after that chance and were the better side in the second half. The Eagles had committed too many players forward at a set-piece and the Seagulls broke away, with substitute Anthony Knockaert attempting to play in Izquierdo. Patrick van Aanholt retreated to make an interception but his deflected clearance found Murray in space in front of goal, but he was denied by a goal-saving tackle from Sakho.

A timid and anxious crowd sensed that Palace needed another goal. Brighton spent the final 20 minutes camped inside the Eagles’ half and Hodgson’s side struggled to keep hold of the ball. Murray almost had a second 10 minutes from time when he latched onto a Hennessey save from a Dale Stephens shot, but the Welsh international did excellently to claw the ball away from danger.

Palace moved further back towards their own goal as the second half edged towards its conclusion. Shane Duffy headed a corner over the bar in added-time while Murray somehow side-footed wide but the Eagles eventually held on to a monumental victory.

The South Londoners climb climb to 15th in the Premier League, six points above the relegation zone.