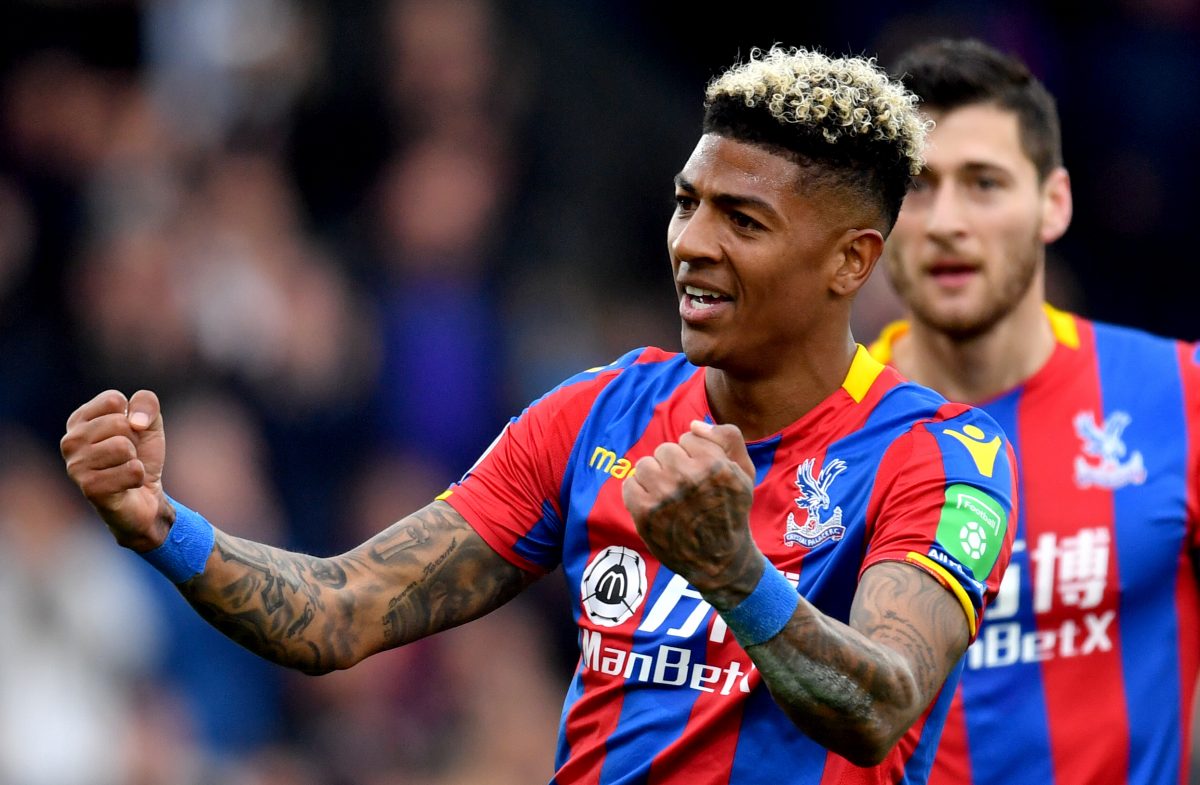 The Foxes had Marc Albrighton sent off 11 minutes into the second half for denying Zaha a clear scoring opportunity.

Palace were outstanding but a weak backpass from Mamadou Sakho inside the opening five minutes almost allowed Jamie Vardy a free run on goal, only for Wayne Hennessey to just about beat the England forward to the ball to clear. The Eagles broke and McArthur had his side’s first shot on target but his left-footed effort was timid and straight at Ben Hamer.

It was the stand-in Leicester goalkeeper, deputising for Kasper Schmeichel, who almost gifted the South Londoners the lead on 10 minutes. The former Charlton stopper seemed favourite to claim a Yohan Cabaye corner but inexplicably punched the ball back towards his own goal-line and Kelechi Iheanacho was forced to clear James Tomkins’ header away from underneath the crossbar.

But Palace were not to be denied and it was they who led with the next attack of the game on 16 minutes. A wonderfully crafted move sparked by Loftus-Cheek eventually found McArthur, whose clever backheel rolled into the path of Zaha and the Ivorian side-footed home his fourth goal in as many games.

Roy Hodgson had named an unchanged starting 11 for the third-successive game – the first time the 70-year-old has been able to do so this season – and the first half performance was far more reminiscent of the opening period in the victory against Brighton two weeks ago rather than the one in the goalless stalemate at Watford last week. The front two were excellent and combined well with Loftus-Cheek, exchanging flicks and tricks while Leicester were barely unable to advance beyond the resolute Luka Milivojevic.

And Palace’s excellent play eventually earned the second goal it deserved seven minutes from half-time. A similar move to the first goal started on the left and Zaha returned McArthur’s earlier favour by teeing up the Scot – who swivelled and diverted the ball across Hamer and into the bottom left corner.

Leicester were much better in the second period and enjoyed the majority of possession, and almost had a goal back when Hennessey dropped a cross but Sakho was on hand to clear.

But the situation got worse for the visitors when they were reduced to 10 men on 56 minutes. Zaha latched onto a long ball over the top of the Leicester defence, Albrighton touched the ball back towards Hamer but his pass was weak and he was forced to drag down the Eagles striker, who was favourite to get to the ball first and go one-on-one with the Leicester goalkeeper.

Palace sought to capitalise on the man advantage – something they are notorious among their fanbase for failing to do. Andros Townsend and Loftus-Cheek both had opportunities to take on the depleted Leicester defence on the counter-attack but each time were halted by the last man.

McArthur had an opportunity to net a brace but lofted into the side netting with his left foot from a tight angle. Townsend then fired a free-kick well wide from the right-hand channel.

The Foxes scarcely threatened Palace after the red card but on the sparse occasion that they did get forward, they looked likely to score. Vardy beat Hennessey to an Adrien Silva cross but was marshalled by Sakho.

Any nerves of a possible comeback were soon diminished, though, as the Eagles secured the emphatic mauling of the Foxes with three quickfire goals – the first scored by the excellent Loftus-Cheek. Sakho advanced forward with the ball, his defence-splitting pass put the loanee through on goal and he rounded Hamer to tap home.

The fourth was far scrappier than the previous three; Hamer thwarted Zaha and the ball fell to Van Aanholt who curled into the corner with the Leicester goalkeeper nowhere to be seen.

Benteke had only just entered the game when he was felled by Hamer – having a nightmare game – and regular spot-kick taker Milivojevic allowed the much maligned centre-forward to take the resulting penalty, and he calmly rolled the ball into the net to round off Palace’s best result since promotion in 2013.

Palace move up to 11th on 38 points from 36 games and also boast the best goal difference in the top-flight’s bottom half.