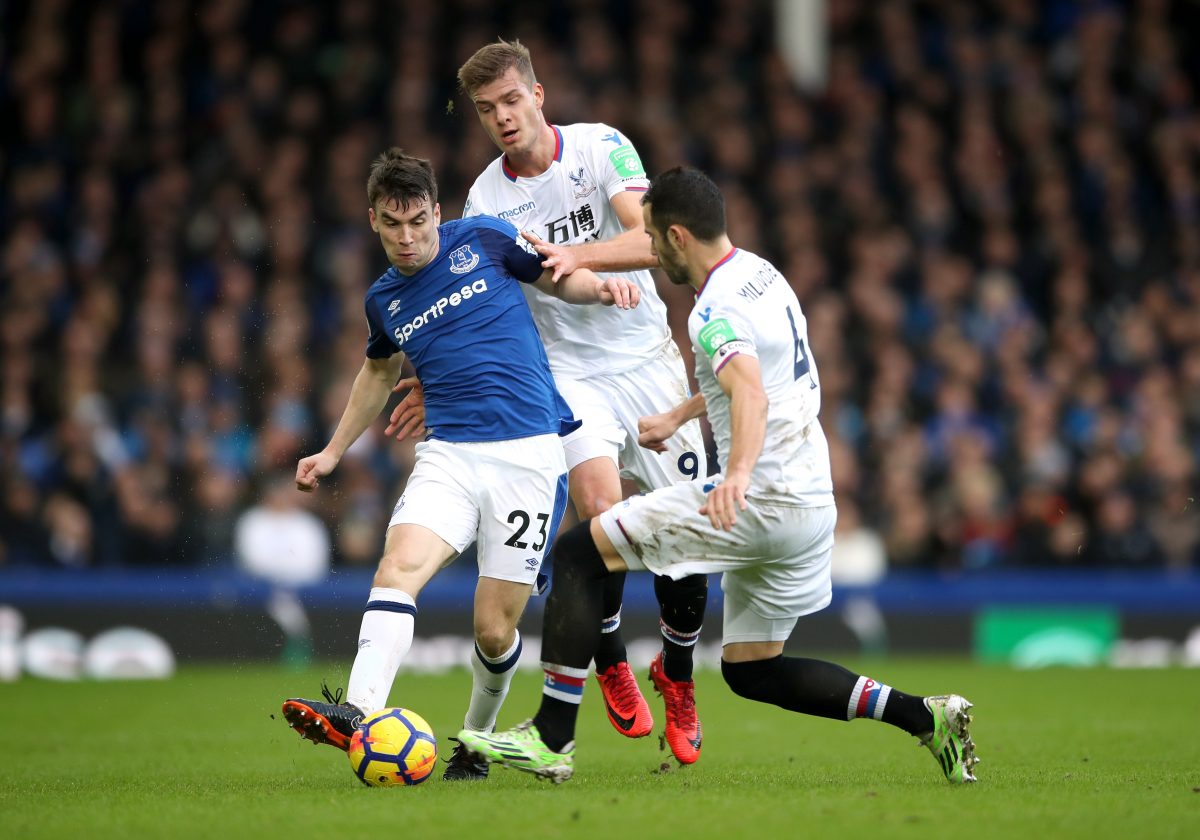 A combination of injuries, fitness and formation changes have made it a frustrating few months in London for Norwegian striker Alexander Sorloth, signed by Crystal Palace in the January transfer window.

But with Roy Hodgson’s Eagles all but safe from relegation thanks to their convincing home win against Leicester last week, the 22-year-old is now back in contention for a first-team place.

He has found himself on Palace’s bench for the past three games as an unused substitute and playing the final third of a recent under-23s match against Birmingham City at Selhurst Park to keep his match fitness up, although he received a head injury early on.

“It was a strange game for the under-23s,” said the former FC Midtjylland player. “When I came into the game we only hit long balls really and there wasn’t much to do, but almost the first thing that happened is that I got an elbow in my eye.

“I was down for 5-10 minutes so it was a strange game, but there were no problems thankfully.”

With just four appearances this season, including an impressive performance against Chelsea where he had a goal disallowed and hit the post, the Norwegian international is looking for some more first-team time to open his account in England.

“I hope to play and score a goal before the season ends – that would be great,” he said. “I want to play more of course, I was unlucky with my injury because I felt I was performing good – I ‘scored’ a goal against Chelsea which was wrongfully [disallowed] and then it was bad timing on my injury, but you just have to keep going.

“It’s going well in training [for me] now and when it goes good in training you have a nice day, but you always try to do your best.”

Sitting in the Palace dugout watching their 5-0 demolition of Leicester City last week, Sorloth was happy to see his fellow striker Christian Benteke get a goal as the Eagles frontline look to improve their goalscoring figures before the season end.

“It was good for Christian to get on the scoresheet of course,” said Sørloth, “I wish for everyone that they score and always hope we win.

“We played fantastically, especially after they went down to 10 men. In some ways it can be more difficult to play against 10 men as they laid low, but we kept on going and scored goals and we’re happy with the win.

“Hopefully I can get some more chances [to play before the season ends].”