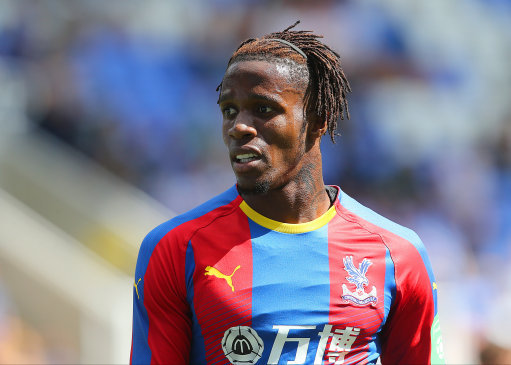 The summer transfer window being shut does not bother Wilfried Zaha because he was always committed to Crystal Palace, according to the Eagles forward.

The 25-year-old was strongly linked with some of Europe’s biggest clubs in the summer market, with the likes of Chelsea, Manchester City and Borussia Dortmund all reported to be chasing the Ivory Coast international.

But it was Palace who won the battle to keep their prized asset and Zaha – who netted in the club’s opening day victory at Fulham – is now focused on ensuring they do well this season.

“The window being shut makes no difference to me. I had my head down anyway,” admitted Zaha.

“I’m all Palace. You can see on the pitch that all I care about is the team doing well. The main thing for me now is just scoring goals. Everyone can talk about ‘no end product, no end product’ so what can they tell me now?

“All the speculation doesn’t really make a difference. All that stuff wasn’t really affecting me or the way the team were playing.”

Zaha has been impressed with his fellow academy graduate: “I don’t think I’ve ever seen anyone get the better of Aaron. In training you know you’re not going to win any 50-50s with him. It’s nice to have him on our team because he’s a very hard defender to play against. He somehow manages to toe everything away.

“When I trained against him at first I thought ‘yeah, he’s a decent defender’. Half of the time I don’t even know if he’s actually got the ball! For the second goal he got up, fell over, got up and then he put me through.”

The success over Fulham marks a vast contrast to the opening day last season. The Eagles lost 3-0 at home to then newly-promoted Huddersfield Town, but Zaha is keen to put those days in the past: “It took us eight games to get three points last season so it was nice to get a win,” he stressed.

“We’ve let last season go. Everyone else needs to. We’ve started differently this season and we’re just going to see where we go.”