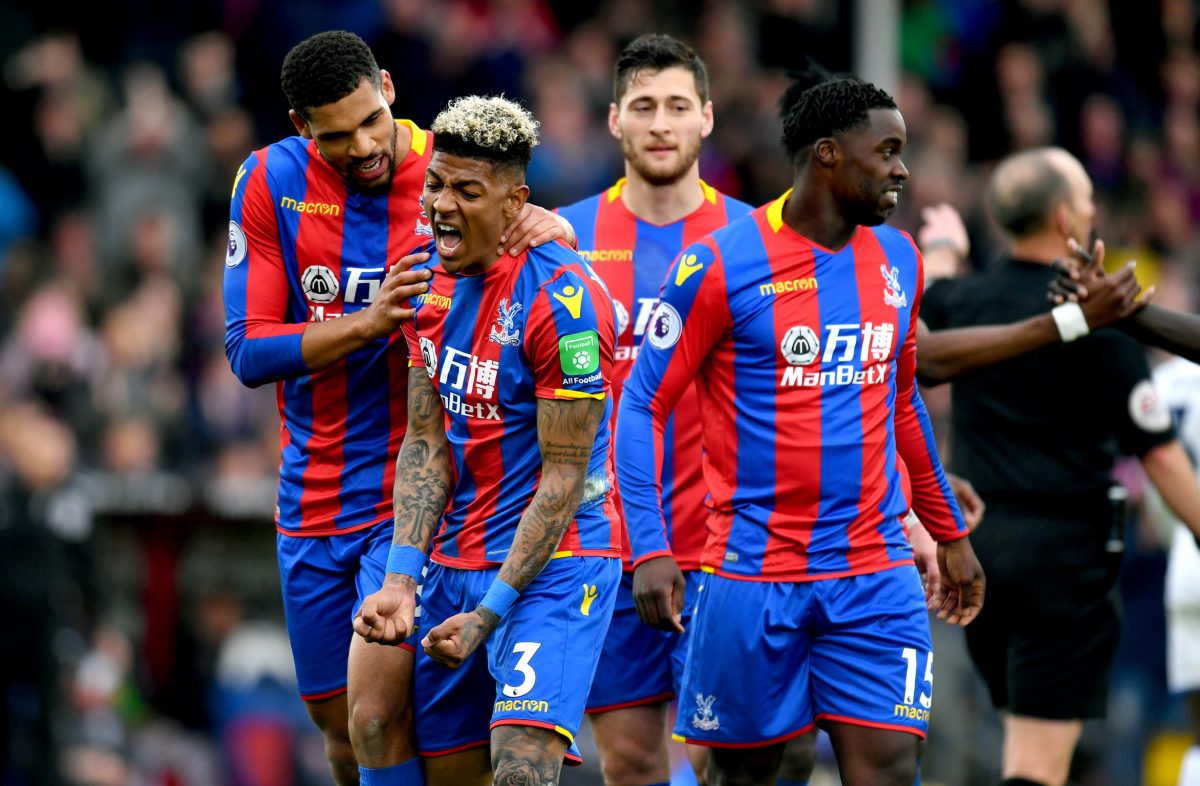 It was almost 10 months ago that Frank de Boer promised a revolutionary approach at Crystal Palace.

Eagles fans dreamed of a more aesthetic style, with Wilfried Zaha the star player in a team that excited and took risks, were free-scoring and defended resolutely.

The Selhurst Park faithful were treated to a performance of that ilk in the extraordinary 5-0 thrashing of Leicester City on Saturday. The only exception is that De Boer is long gone and the mesmerising Palace performance was instead implemented by Roy Hodgson – the man so heavily responsible for the turnaround from the mess created by his Dutch predecessor.

Palace were second from bottom having failed to even find the net in four Premier League games when the former Fulham and England boss took over. They proceeded to lose their first three matches under the 70-year-old as they sought to move on from their record-breaking poor start.

And move on they finally have. The Eagles’ mauling of the Foxes was their most complete performance since promotion in 2013 and it lifts them to 11th on 38 points.

It would take a miracle for the South Londoners to be relegated – a remarkable notion given they failed to register a league point until October 14.

There was an early scare against Leicester when Wayne Hennessey was forced to thwart Jamie Vardy following Mamadou Sakho’s short backpass, but from then on it was Palace who dominated. The build-up play was often intricately crafted, rarely seen at Selhurst over the years, and the finishing was devastatingly clinical.

James Tomkins had a header cleared off the line by Kelechi Iheanacho and on 17 minutes Palace led through Zaha’s fourth goal in as many games. The impressive Ruben Loftus-Cheek was the catalyst for an excellent move that started on the left, he fed Yohan Cabaye who in turn found James McArthur. The Scot appeared to have nowhere to go with his back to goal but produced a delightful backheel to the Ivorian who side-footed home.

Zaha returned the favour for McArthur on 38 minutes. A similar move to the first goal found Zaha, whose pass to the right was perhaps intended for the overlapping Joel Ward but the former Wigan Athletic man took control – swivelling and tucking low across goal into Ben Hamer’s right-hand corner.

For all Palace’s superiority, they were aided by a lacklustre Leicester side and Claude Puel’s men suffered a further blow 11 minutes into the second half when Marc Albrighton was sent off for hauling down Zaha to deny the forward a clear scoring opportunity.

The Eagles are notorious among their fans for failing to take advantage against teams reduced to 10 players. But this is a new Palace. A Hodgson-guided Palace at their absolute peak – making fun of a side that eased their way to a Premier League title two years ago.

Loftus-Cheek has missed over four months of the season due to various injuries but when he has played he has been one of Palace’s star performers, even under De Boer. And it was the man making a late claim to be part of England’s World Cup squad who netted the first of a rampant quickfire treble in the final 10 minutes.

Sakho advanced with the ball, his defence-splitting pass found the midfielder through on goal and he subsequently rounded Hamer and tapped into a gaping net – celebrating with the passion scarcely seen from loanees.

A fourth came soon after. Substitute Jeffrey Schlupp was foiled by Hamer having been put through by Zaha and with the Leicester goalkeeper nowhere near his goal, Patrick van Aanholt was on hand to curl the loose ball home.

There was still time for a fifth goal and arguably the nicest moment of the game. The maligned Christian Benteke had only recently come on when he was tripped in the penalty area by Harry Maguire. With the result safe, usual spot-kick taker Luka Milivojevic allowed the Belgian to take the penalty – in absolute contrast to when Benteke snatched the ball from the Serbian and subsequently missed against Bournemouth in December.

This time Benteke scored, albeit via a slip, diverting the ball into the middle of the goal while Hamer dived desperately to his left. It was the former Liverpool striker’s third goal of a disappointing season, but his teammates enjoyed sharing the moment with him – epitomising the togetherness of a group of players vilified for their rebellion against De Boer earlier this season.

Hodgson will refuse to take credit, such is his humble nature, but it is he who is responsible for this performance, the renewed sense of camaraderie and, ultimately, Palace’s successful escape from relegation.