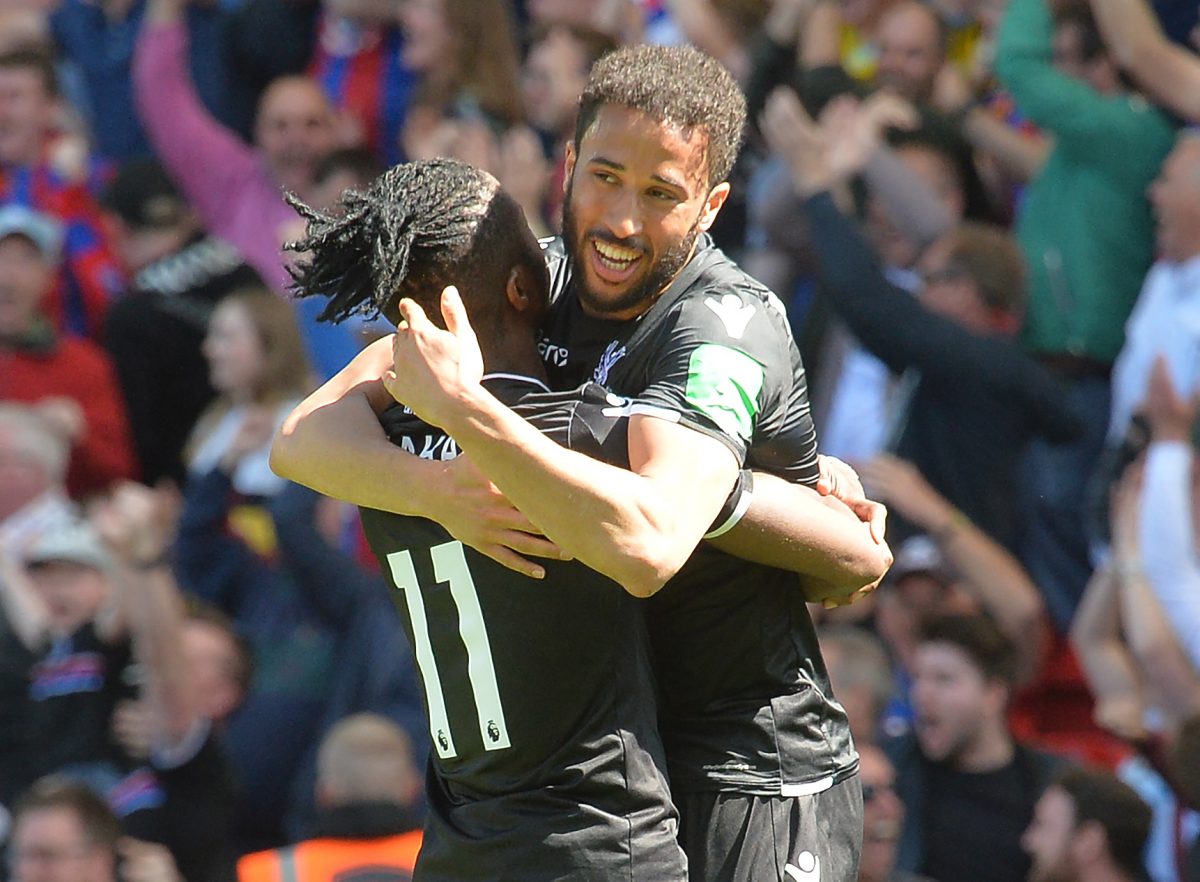 Andros Townsend says Crystal Palace will have produced an “incredible achievement” if they finish in the top half of the Premier League table.

The Eagles sign off the 2017-18 campaign at home to relegated West Bromwich Albion today and the winger has missed just two league games this season.

“It would be an incredible achievement, given the start we had,” said the former Newcastle player. “Most people had written us off for relegation, let alone going into the last game having hopes of finishing in the top half.

“It is a credit to the work the manager has done since he has come in, and credit to the players and the work we have put in on the training field to get us to this moment that we are in, and hopefully, wherever we finish this season, it is just the start of good times for Palace.

“But first and foremost, now we are safe, we can start thinking that if we win, we could finish tenth, and as players we want to win the football match, and then we will see the scores after and see if it is good enough to finish where we want.

“If not, it has still been a great season and then we will enjoy the time with our families [on the lap of honour around the pitch] and we’ll give the fans the round of applause they deserve for what’s been a very good season for us – we need to win the game and wherever we finish we just need to build on that [next season] and improve for next season.

“It’s way too early to be talking about positions, but the aim is progression and improving on where we finish this season.”

Palace’s safety was mathematically confirmed with their 2-1 come-from-behind victory at Stoke City last week, but at Selhurst Park the week before it was the 5-0 win over Leicester City which took most of the pressure off, despite safety not being guaranteed. Townsend revealed that the week in between those two matches was nearly the same as it had been for the whole season, despite the uncertainty.

“There was that doubt that we could still get dragged into it,” said Townsend. “But first and foremost as players we want to finish as high up the table as possible, and we want to win every game, no matter whether we are safe or not.

“It was pretty much a normal build up [before Stoke] and you saw in our performance how professional and determined we were to get the three points and move up the table again,” he continued. “Always when you concede before half-time it’s a difficult thing to take in, especially at a tough ground like Stoke, away from home, but we showed the great character that we had and ran out deserved winners in the end.”

Townsend was speaking at the club’s end-of-season awards at Boxpark, Croydon.  It was a free-to-attend event for the community put on by the club.