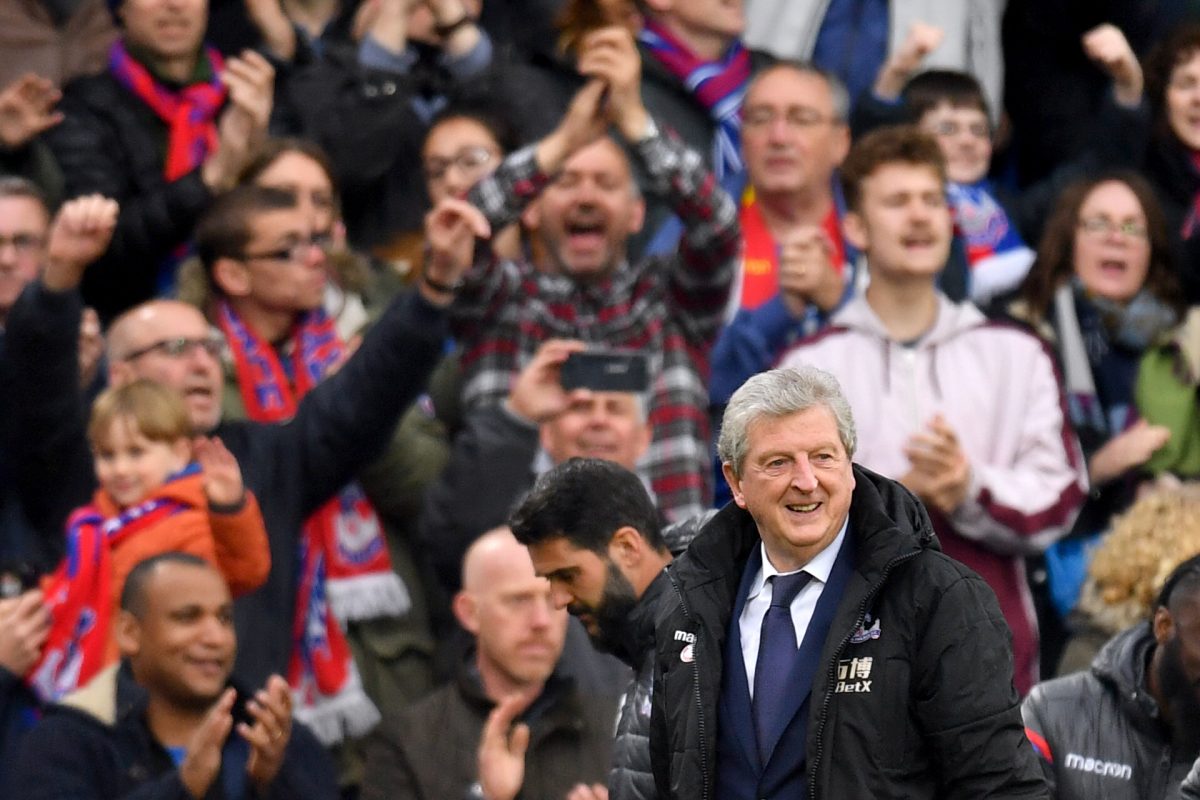 Crystal Palace boss Roy Hodgson has refused to accept too much responsibility for the club’s remarkable turnaround this season.

The Eagles were pointless and second from bottom in the Premier League when Roy Hodgson replaced Frank de Boer and went on to lose their first three games under the 70-year-old – failing to score in the process. But Palace are now effectively safe following the 5-0 thrashing of Leicester City and sit 11th on 38 points.

Hodgson said: “I don’t feel the need to praise myself. People have given me a lot of praise and I have received a lot of accolades, far more than I expected.

“The bottom line is that being the manager of a football team involves being someone who prepares and tries to make some good decisions. You have to prepare these players to go out and perform in front of these 26,000 fans every weekend.

“It is often easier to be the one who prepares the team rather than being the one who has to go and give the performance so football will always be about the players. These 26,000 fans give us such incredible support and they don’t come to see me, they come to see the players.

“I have been blessed with a group of players who were vilified after the first four games – and weren’t exactly being feted for the three after that. Not for one moment did they start trying to turn against the messages that we were trying to put forward to them. They have taken a lot of blows this season with injuries, last minute goals (conceded) and missed penalties.”

The former England manager’s 42-year managerial career has taken him across Europe but he feels experience is perhaps overrated.

“The funny thing about experience is that sometimes you don’t know exactly when you are using your experience. You do in relation to decisions you need to make sometimes but you’re not always aware that it’s your experience kicking in.

“There are certain times where I think ‘had I been less experienced I might not have done that’ but the most important thing is that we have very good coaching staff who help me enormously.”