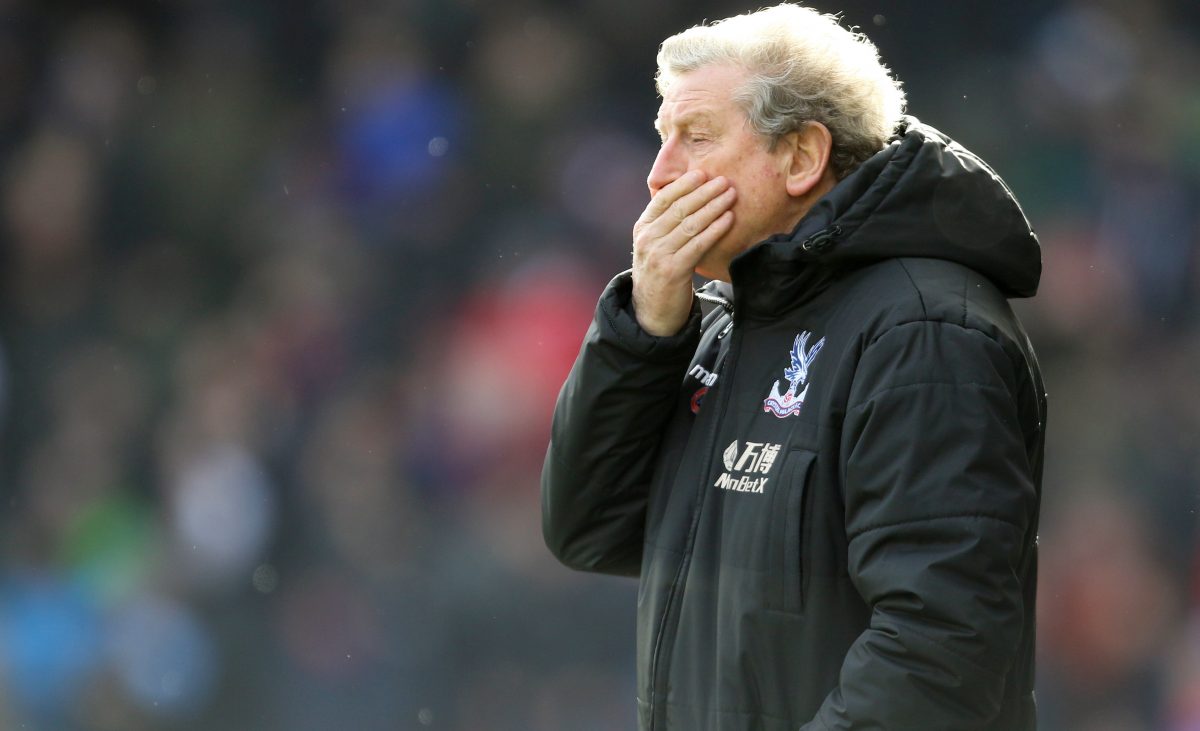 The Serbian midfielder clinched the Eagles’ win with an emphatic second-half penalty after James Tomkins had given them the lead in the first period.

Hodgson said: “We have had a difficult run of games and not got any points. To get something here at least puts us back in some sort of equilibrium.

“We had to make up eight points, and we know how tough it is. The longer [the game] went on the more composed we looked. The second goal was important.

“I don’t have any concerns about [our work ethic]. This group does work hard and did so against a hard-working Huddersfield team.

“The most important thing was to come away with a result to keep our hopes of staying in the league alive.”

The Palace head coach also refused to criticise referee Mike Dean or Huddersfield’s players after a few robust tackles, particularly on Wilfried Zaha, went unpunished. The Ivorian and midfielder Jeffrey Schlupp were both forced off with knocks.

He said: “I am not going to go down that route (criticising Dean). The referee gave him the protection he could give by giving fouls and yellow cards. We made some pretty robust challenges too, so I won’t be whining about that. One always hopes that players like Wilf will get the fouls they merit and those who do foul will get yellow cards if they do that to discourage them.

“Zaha took quite a few kicks and of course he carries the ball. On a couple of occasions he was stopped by a foul and there is an element of fatigue in his first full game in a long time out. There is no indication over a serious injury. Jeffrey Schlupp has rolled his ankle and you always worry about ligament damage.”