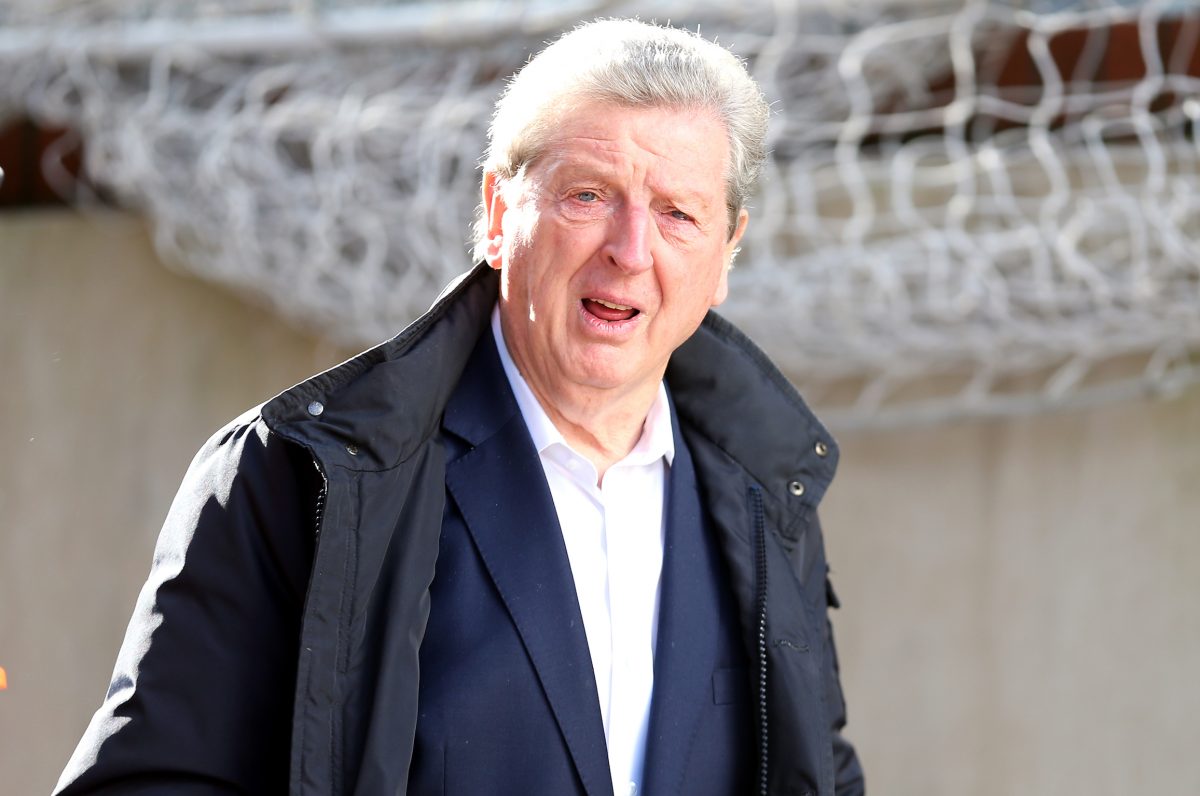 Palace fans – and everybody connected with the club – could be breathing a huge sigh of relief later today as a win for the Eagles against Leicester in their 3pm kick-off would see the Selhurst Park side move onto 38 points and near-certain safety of another season in the Premier League.

If Southampton and Stoke City (in 18th and 19th position) lose and Roy Hodgson’s side take all three points, Palace could only be caught by Saints who would be nine points behind with three games left and have a worse goal difference.

After taking over a team without any points and goals in the league in early September, Hodgson, ironically, took charge for the first time against Southampton as his side slumped to a 1-0 home league loss, making it five straight losses in the league without any goals for Palace. It was not until Chelsea at home on 14th October that Palace not only scored their first goal but got their first points in the 2-1 victory which sparked the start of a revival in fortunes which could be all but completed come 5pm later today.

That Chelsea win was followed by a heart-breaking 1-0 away loss at Newcastle and in those two games it was the first time Hodgson was able to name the same starting XI for consecutive games (Speroni, Ward, van Aanholt, Dann, Sakho, Schlupp, Milivojevic, Cabaye, Townsend, McArthur, Zaha).

But in one of the worst injury crises in recent years at Palace, Hodgson had to wait well-over four months later to name a settled line-up again as in March the same successive starting team took to the field against Manchester United at home and Chelsea away (Hennessey, van Aanholt, Tomkins, Schlupp, Wan-Bissaka, Kelly, Milivojevic, Townsend, McArthur, Sorloth, Benteke).

The Palace manager did not have to wait long to name an unchanged XI again – but for just the third time this season – as Palace’s slow march to safety gathered pace with wins against Brighton and a draw against Watford  (Hennessey, Ward, van Aanholt, Tomkins, Sakho, Milivojevic, Cabaye, Loftus-Cheek, Townsend, McArthur, Zaha), and the former England manager could even name an identical team for the third game running for the first time this season later today.

“This is a luxury that we’ve got at the moment,” said Hodgson. “I think most managers you speak to, in an ideal world, would like to have a fairly settled team, they’d like to be able to work out what they think is a team which is going to win them matches and then, if it’s working, stay with it for a while – the reason we haven’t done it is the very obvious one is that we’ve had so many injuries we haven’t been able to do so.

“With forwards we only had two [at one stage] so if Wilf (Zaha) and Andros (Townsend) weren’t playing well that was just bad luck because there was no-one else to put in, but now, Wilf and Andros have got to be looking over their shoulder due to Christian Benteke and Alexander Sorloth [returning].

“It’s good that in this important period we’re not going to be going in [to matches] feeling that we’re weak in terms of our ability to provide competition for players or weak in terms of if the game needs changing and not having the type of players on the bench who change it for us. So that’s very advantageous.”

In fact, the potential return of Jeffrey Schlupp from injury against former club Leicester could be one position where Hodgson changes his preferred eleven starters and as part of the decision-making process the Palace manager went to check out the midfielder’s return to action in the U23s 2-2 draw against Birmingham City at Selhurst Park on Monday.

“With Jeff having come back after two long injuries and Alexander also [coming back] we thought it was a good opportunity for them to get some football because they’ve not played for a long while,” explained Hodgson.

“As it turned out it wasn’t a successful venture because the game didn’t help me much in terms of them getting 30-40 minutes and they may as well just have trained with us in the morning to be brutally honest, but I always go to all the U23 matches at Selhurst or at Beckenham.

“With Jeff coming back in to midfield now it will increase the competition which is already there and at the back we’ve got two back fours we can play at the moment so that’s good news.

“It’s good that there is competition now because there was a little period where there wasn’t a vast amount of people knocking on the door.”