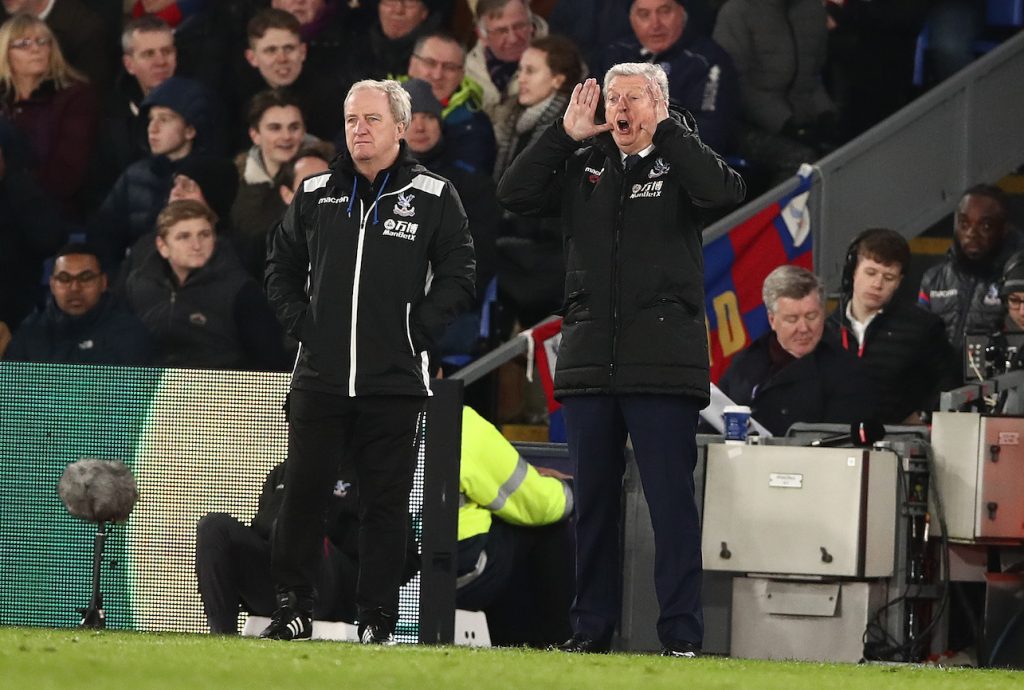 Roy Hodgson’s Palace side saw their Premier League record of eight matches unbeaten come to an end last night as Arsene Wenger’s side took all three points at Selhurst Park, winning 3-2 despite a nervy final few minutes for the North London side.

However, one small record continues – James Tomkins’ late strike meant that the Eagles have now scored twice in each of their last seven home games, something that had not been achieved previously.

Despite the loss, the 25,762 fans inside the old stadium in SE25 made for a fantastic atmosphere under the lights in what was the biggest attendance at the ground since the club gained promotion back to the elite level in 2013.

Those fans will also be crucial come Sunday at midday, when Hodgson’s men take on the all-conquering Manchester City team who have won 19 of their 20 league matches this season.

“It’s always nice when people are coming to watch us play,” said Hodgson to the South London Press ahead of the City clash. “I would like to think that the way we finished the game and the way we approached the second half against Arsenal, [that] we haven’t sent our fans away too unhappy although everyone is always unhappy when the result goes against you.

“But fans are realistic, and they know that we’re doing the very best we can,” he continued. “They also know that when you come against teams like Arsenal and Man City, home or away, you’ve got your work cut out because of the quality they have in their teams and the depth.

“I hope that they (fans) will all come back on Sunday and support us in the same way and all I can promise them is that we will put out the very best team that we can put out on the field and those 11 who play will really be doing their level best not to accept that we’re at the bottom and Man City are at the top but that we’re both Premier League teams and we’ve both got pride in our performance and if they’re going to beat us they will have to play as well as Arsenal did.”

The Arsenal match last night was the first for the Eagles since the Swansea draw on 23rd December, allowing time for players to recover, but with Southampton following the City game just 55 hours later, Hodgson knows his squad depth will be tested.

“Well we have loads – there’s no question about that,” said Hodgson to the South London Press when asked about the current state of injuries in the Palace squad.

“This is the time of year [for injuries]. We had the time between the Swansea game and Arsenal one to try and recover one or two players and luckily, we did. It meant that we could put what I thought was a strong team out from the offset but there is no doubt that when I see the players on Friday and when we do a light training session on Saturday, there’s going to be several, that I would think, will be doubtful because of knocks that they’ve been carrying – not necessarily serious injuries, but injuries which are sufficient to keep them out of the game.

“We’ve also got a lot of players who are feeling an element of fatigue,” he continued. “That is not going to be helped by the fact that we play Southampton one day after Man City. We’ve been unluckily drawn this year to play Sunday, Tuesday. That’s a tough ask for any team and for a club like ours and a team like ours where the squad is not enormous – we don’t have the level of experience and depth on the bench that some teams have – for us to get a team playing two games in two days that will stretch us to the limit.”