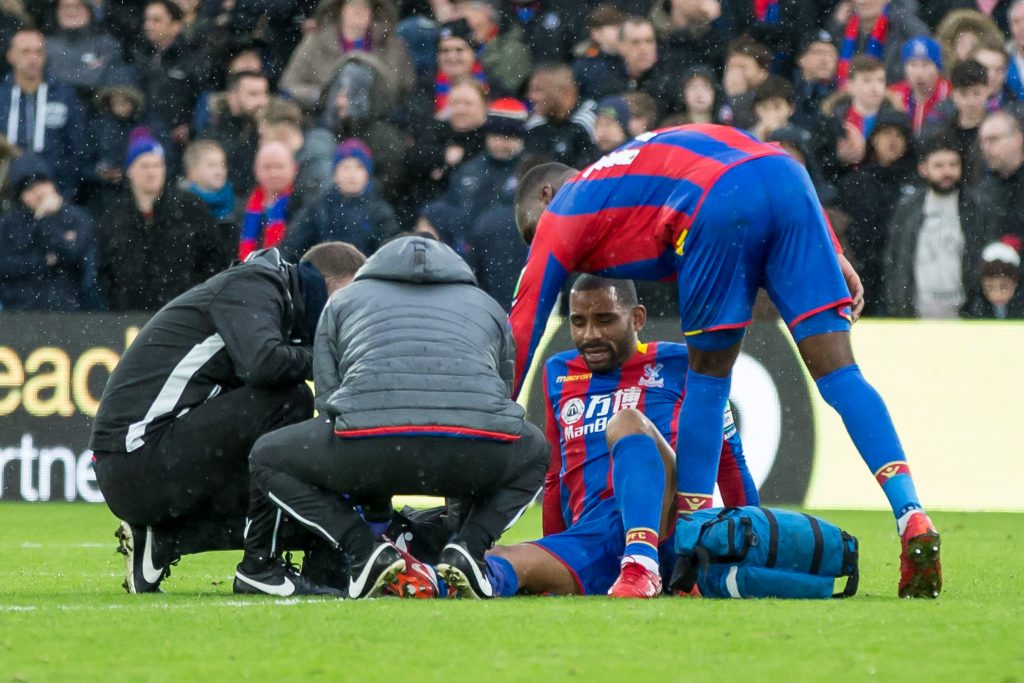 Crystal Palace manager Roy Hodgson admitted that his side’s impressive 0-0 draw with Manchester City came at a cost – with Jason Puncheon and Scott Dann both suffering injuries that could rule them out long-term.

Both players seemed to damage their knees in fouls they conceded and were booked for. Dann was cautioned for bringing down Kevin De Bruyne on the edge of his own box and had to be stretchered off after lengthy treatment.

Puncheon produced a nasty late challenge on De Bruyne that saw both men also needing to be stretchered off as well.

“We have one day of rest [before playing Southampton],” said Hodgson. “It has cost us two players and might have cost them two players. It is a very costly game. The type of injuries sustained today look like they are not short-term injuries – we have paid a high price for the point we take away.”

“Before the game we’d have been jumping through hoops having got a point,” said Hodgson. “But when you get a penalty so late and miss it, as we have done one before [by Christian Benteke] there is an element of sadness or a chance missed.

“But I’ve just said if we continue to that level of performance week after week then we have got a very good chance of staying in the league.”