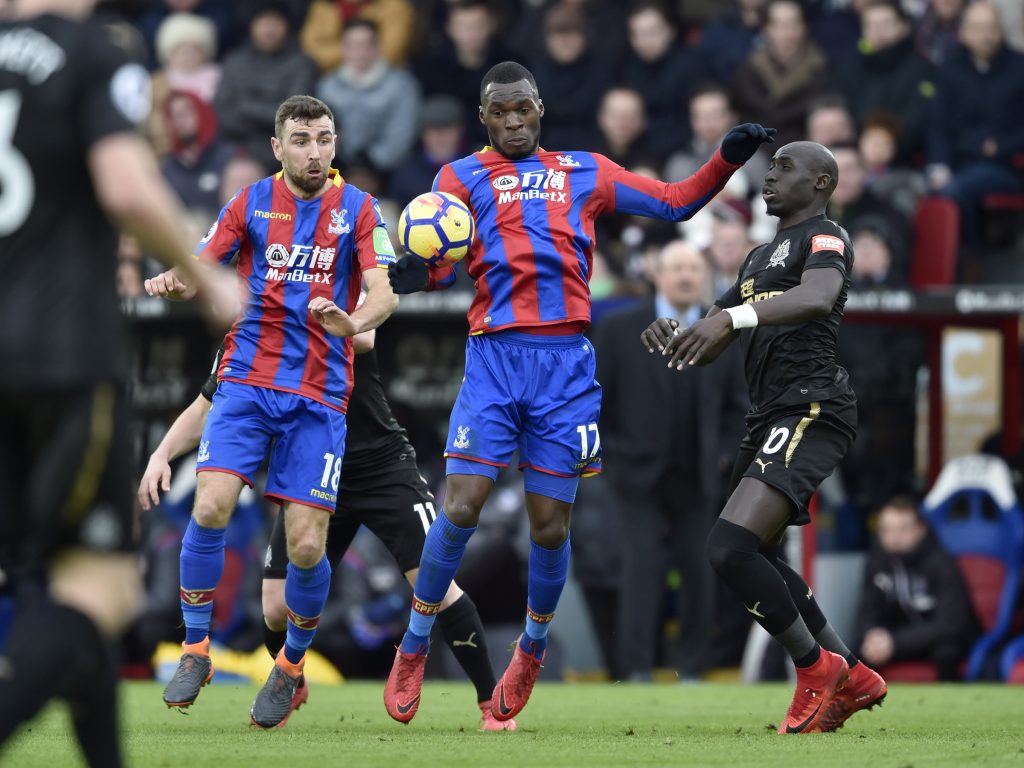 Roy Hodgson said his Crystal Palace side will need to repeat their second-half performance against Newcastle United to avoid relegation.

The Eagles are in 14th place on 27 points, three clear of the Premier League relegation zone following a 1-1 draw in SE25 on Sunday.

Palace manager Hodgson said: “To stay in the division, we will need the team to utilise that ability of what we did after half-time – where we weren’t nervous in our approach or focusing on how important the result was when we were a goal down as a result of poor defending.

“The players got a hold of themselves and came out a completely different team in the second half. We’ll have to keep exerting that sort of pressure we did on Newcastle in the second half, I know we had 21 strikes on goal but the long-distance strikes didn’t interest me. But there was a lot of entries into the penalty area which was pleasing and if we keep doing that with the types of players we have we will score more goals.

“When you’re one of the bottom teams, you don’t have points to drop. It’s the top teams that drop points, teams going into games that think ‘this is a definite three-pointer’ and end up drawing or losing which we’ve seen a lot of lately. When you’re down near the bottom, you only gain points although in this game, we could have come out with the win.”

The Eagles face fresh injury concerns after Martin Kelly (hamstring) and Julian Speroni (knee) will both have scans on their respective injuries on Monday. New signing Alexander Sorloth was an unused substitute against Newcastle.

Hodgson said: “I’ve only seen him in two training sessions and he has only played two pre-season friendlies and no competitive fixtures since November. I was ideally hoping not to throw him into the deep end until he’s had another week’s training with us but I’m sure he would have acquitted himself well out there.

“The three front players played very well in the second half, so I didn’t feel the need to change in order to improve the side. [Christian] Benteke improved as the game went on and was a constant threat to their defence and was bitterly disappointed not to convert one of the few chances that came his way in the second half.

“Martin Kelly’s injury was annoying because we work hard to avoid muscle injuries and that came about as a result of a foul. He felt a twinge in his hamstring as a result of trying to get free of a player who was pulling him back which the referee gave a free-kick for. But the initial movement forced the tweak and we won’t know the damage until he has a scan tomorrow. Hopefully we will get lucky with that one.

“Julian Speroni twisted his knee in training on Saturday which swelled overnight so he’ll also need a scan to see the extent of the damage. I won’t know whether to regret not bringing a goalkeeper in until we know how long Julian will be out for. We wanted certain things in the transfer window which didn’t happen but we can’t regret what happened. We tried to bring a goalkeeper in but weren’t able to.”

Palace face Everton away next before games against Manchester United and Chelsea after a frustrating second-half against Newcastle where the Eagles missed a host of opportunities.

Hodgson added: “We’re a bit frustrated with the result. Considering how we played in the first-half although we created one or two good opportunities we didn’t play anything like how I’d like to see the team play and at that point I may have taken a draw. But the way we played in the second-half – in terms of our dominance and the fact that we were so much on the front foot – we looked very dangerous and were almost camped in their half.

“In the end, I’m a bit disappointed we didn’t get more than one goal for those efforts. I suppose it’s more a feeling of frustration that we didn’t win although I couldn’t have envisaged we would improve so much in the second half.

“Questions over penalty or officiating decisions are for the analysts to discuss. We can’t see it on the touchline, there’s too many bodies in the box when the ball comes into the box. I see it afterwards on television and the rules of the games are clear regarding shirt pulling but that doesn’t mean a penalty is automatically given.

“I don’t have a strong opinion about it, I’m just glad the penalty was awarded. If we had lost 1-0 then I would have obviously been annoyed and the team would have felt hard done by because we certainly didn’t deserve to lose the game.”

One thought on “Crystal Palace boss Roy Hodgson on injury situation, not handing debut to Alexander Sorloth and only gaining a point against Newcastle United”