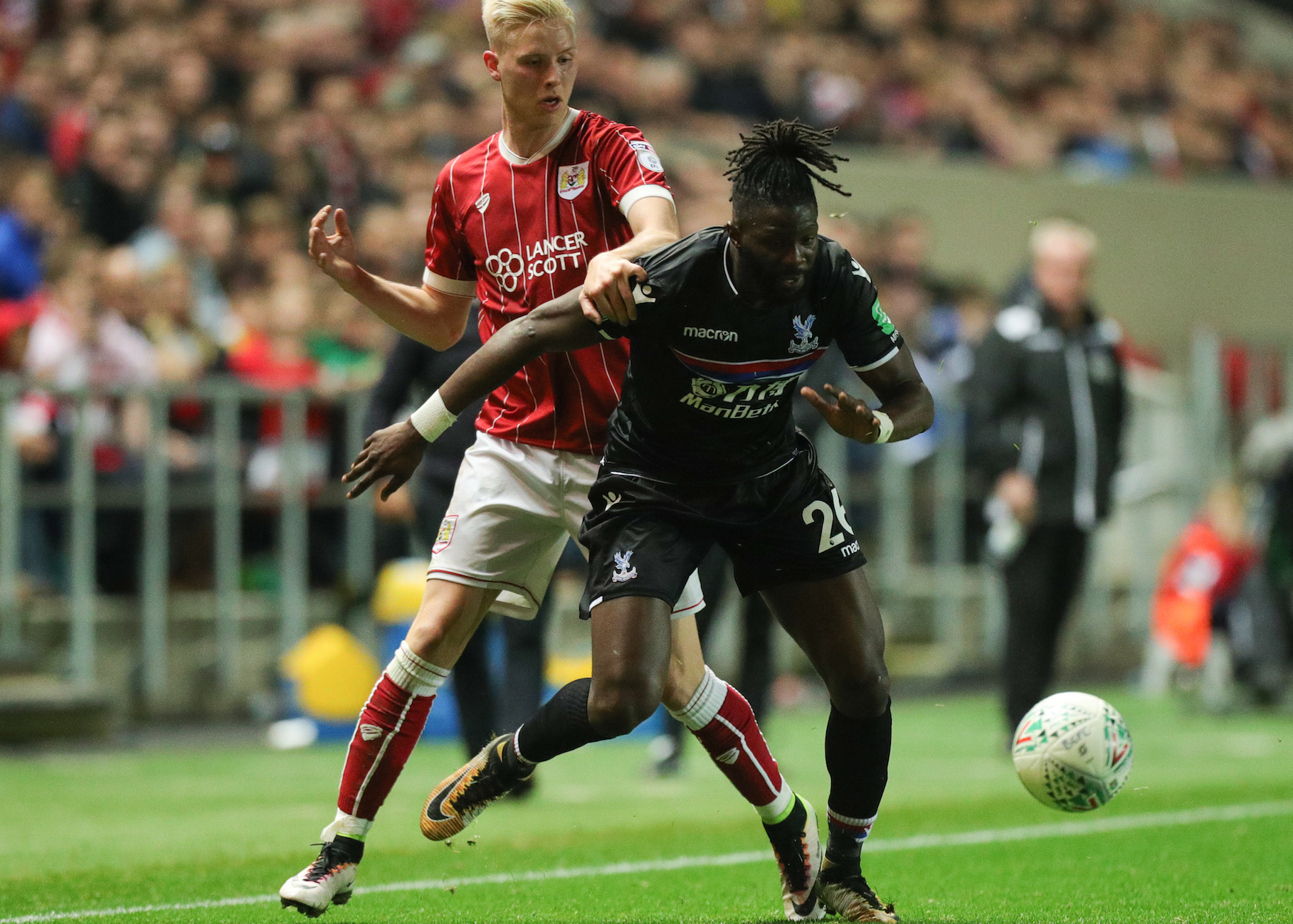 Crystal Palace manager Roy Hodgson was disappointed by his fringe players’ performances as his side fell to a dismal defeat by Bristol City in the EFL Cup fourth round, writes Matt Woosnam.

Palace took the lead through Bakary Sako on 21 minutes after a good initial spell, but then capitulated, conceding four in reply in two short spells in either half.

Hodgson made 10 changes, leaving Patrick van Aanholt as the only player who was involved in the 1-0 defeat by Newcastle.

“Basically I took a risk and I take the responsibility for that,” said Hodgson.

“We’ve had a couple of tough Premier League games and played well in them, so I was anxious that we rested those players and anxious to see some players.

“A lot of those players out there I’ve not had a chance to watch in first-team action. It was an opportunity for them to knock on the door of the first-team and start threatening the places of the team I’ve played in the last two games.

“I’m bitterly disappointed that didn’t work out because there were very few performances out there that made me think I was picking the wrong team.”

The Eagles had 1,900 supporters who travelled to the South West. They were in fine voice for the majority of the match.

“I’m also very disappointed for the fans who came all this way not knowing what team I was going to pick and possibly thinking that they were coming here to watch the team that played against Chelsea and Newcastle,” said Hodgson. “I’m disappointed by the way we capitulated after the first 45 minutes when we had the better of the game. We contrived to give away goals at important times and we’re on the back of a heavy defeat.

“If you do that and lose or pick up a couple of injuries then people tell you the opposite, so you can’t win on that one. That’s a decision you have to make and I take responsibility for it. I don’t have hindsight. Whatever team you pick, if you don’t come here and get through to the next round then people will say you shouldn’t have done it.

“You play a team that is nothing like the one that played in the last two Premier League matches but people still want to discuss the club and team as if you have played the first-team.

“As far as I’m concerned we took a chance by playing boys like Sullay Kaikai, Freddie Ladapo and Levi Lumeka who have barely any Premier League experience, or even Football League experience.”