Jes Rak-Sakyi and Scott Banks were on the scoresheet for the Eagles as they drew with their South London rivals.

Speaking to Palace TV, Vieira said: “What was really important was improving from our last game. Tonight gave us an opportunity to see some of the young players from the academy. And I learnt a lot from them today.

“Some of them showed character, desire to compete at this level and that was the positive side of the game today.

“Jes showed a lot of desire and he got rewarded by the goal. He showed fantastic talent, he’s been working with us for quite a while now. He’s one of the young players who shows that he’s excited to be around the first-team. 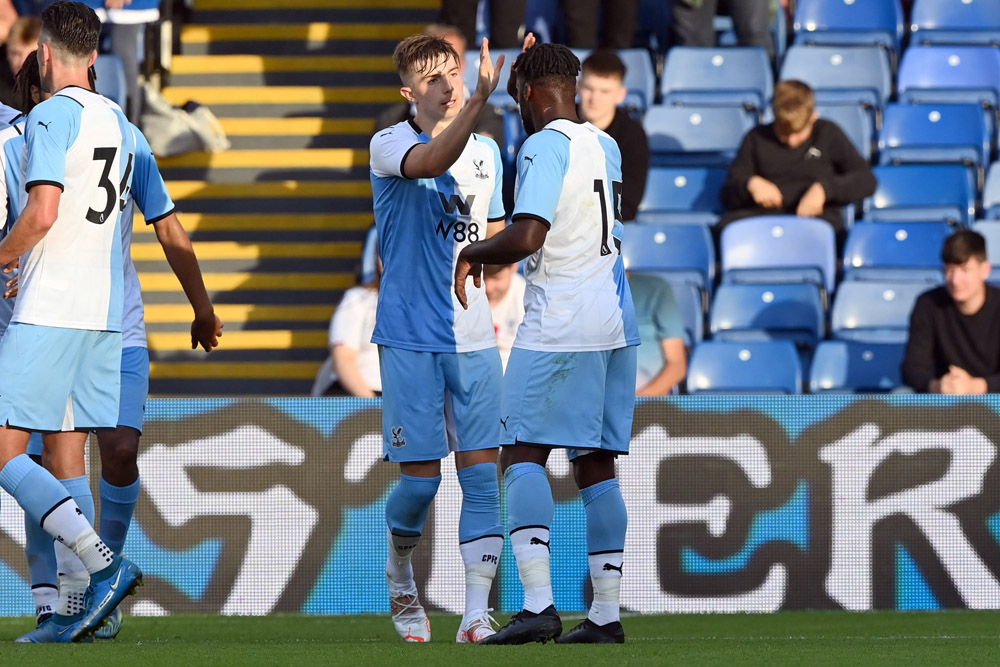 “I want this kind of spirit from these young players, showing determination and today he and some of the other ones did really well.

“Scott Banks scored a really good right foot finish. His work was really good, but he’s somebody who technically can play at that level. He’s really smart, always finding the right position to allow himself to go forward. He’s a smart kid and I think he will spend time with the first-team.

“It’s always difficult when you manage to have a couple of first-team players and a lot of young players from the academy to find the right balance. But I’m quite satisfied with where we are tactically.

“There’s a really good understanding from the players about what I want and now we have all the players available to perform.”