Patrick Vieira was frustrated at Crystal Palace’s defending from set-pieces after they fell to a 3-0 defeat at the hands of Liverpool, with all of the home side’s goals coming from corners.

The hosts took the lead through Sadio Mane in the 42nd minute. After Vicente Guaita thwarted Mohamed Salah the unchallenged Mane pounced on a loose ball inside the area to give Jurgen Klopp’s side the lead.

Mohamed Salah doubled the scoreline in the 78th minute after he escaped the attention of Jairo Riedewald from a corner to fire a shot past the helpless Guaita. Naby Keita wrapped up all three points after the Eagles failed to clear their lines from another corner, and the midfielder’s left-footed thunderous shot from the edge of the area flew into the top corner.

“We were really poor on our defending set-pieces. You can’t concede three goals from set-pieces at Anfield if you want to take something from the game,” said Vieira following the defeat.

The Eagles could have been awarded a first-half penalty when Christian Benteke was tripped inside the area by Kostas Tsimikas, but referee Andy Madley waved play on. 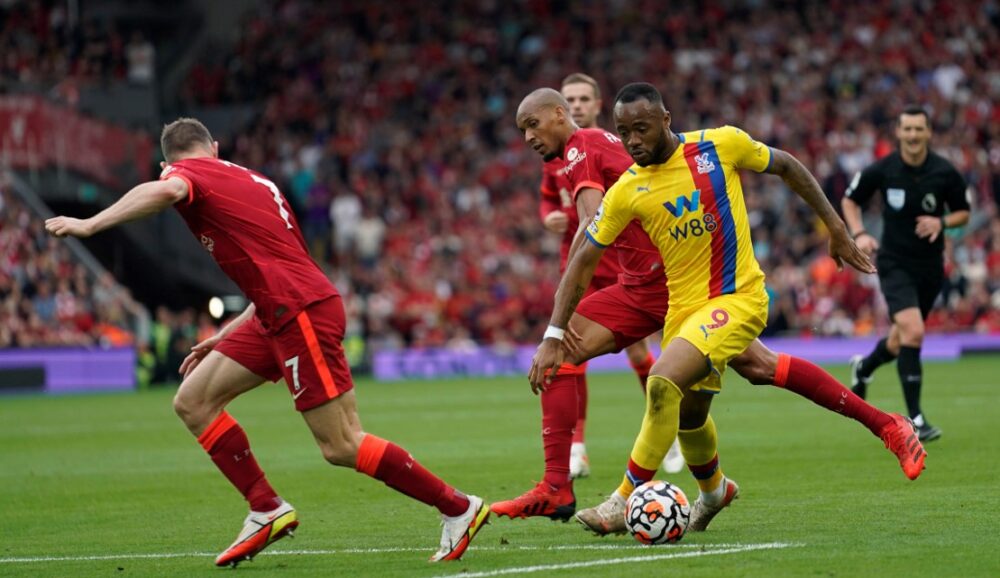 Asked whether he thought the decisions went his side’s way this afternoon, Vieira said: “When you come to a place like Anfield, a lot of other decisions will go their way – that’s the way it is. I don’t know if it’s the way it should be, but there were a couple of situations where I believe those decisions didn’t go our way.

“The frustration is not about that [the refereeing decisions], the frustration is about coming to a difficult place like that and wanting to take the result. But when you concede three goals from set-pieces, it’s difficult for us to hope to take something from the game.”

When asked if he plans to work on specifically defending set-pieces during training, Vieira said: “There is a lot of parts of the game that we need to work on to improve. Obviously the previous game against Spurs, we did quite well on the set-pieces, but we have to spend more time working on that.

“As well, with the number of chances and situations that we created, our decision-making in the last 30 yards wasn’t good enough today to score or create those goals.”

Although the scoreline suggests that Liverpool breezed past the Eagles, Vieira’s side were competitive in the game right up until the 78th minute.

“Yeah, but at the moment, it’s more frustration,” said Vieira when asked if he could take positives from his side’s performance.

“We knew how difficult this game was, and I believe that we played at times some really good football. But the frustration really was to concede those three goals from the set-pieces because you expect, especially playing here, to concede goals from open play. There was a lack of concentration at times.” 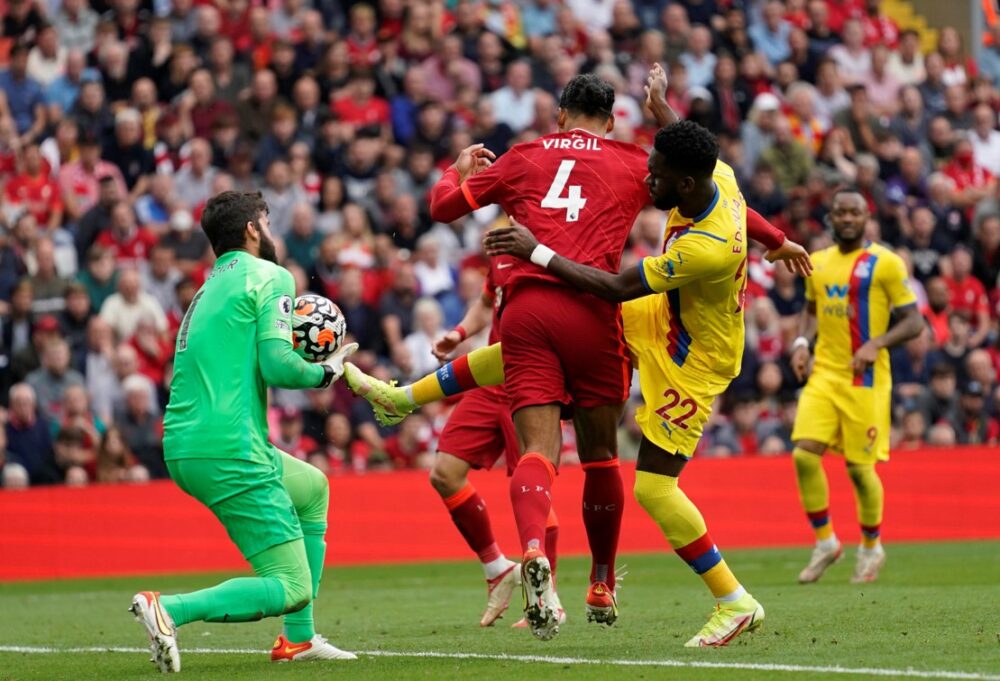