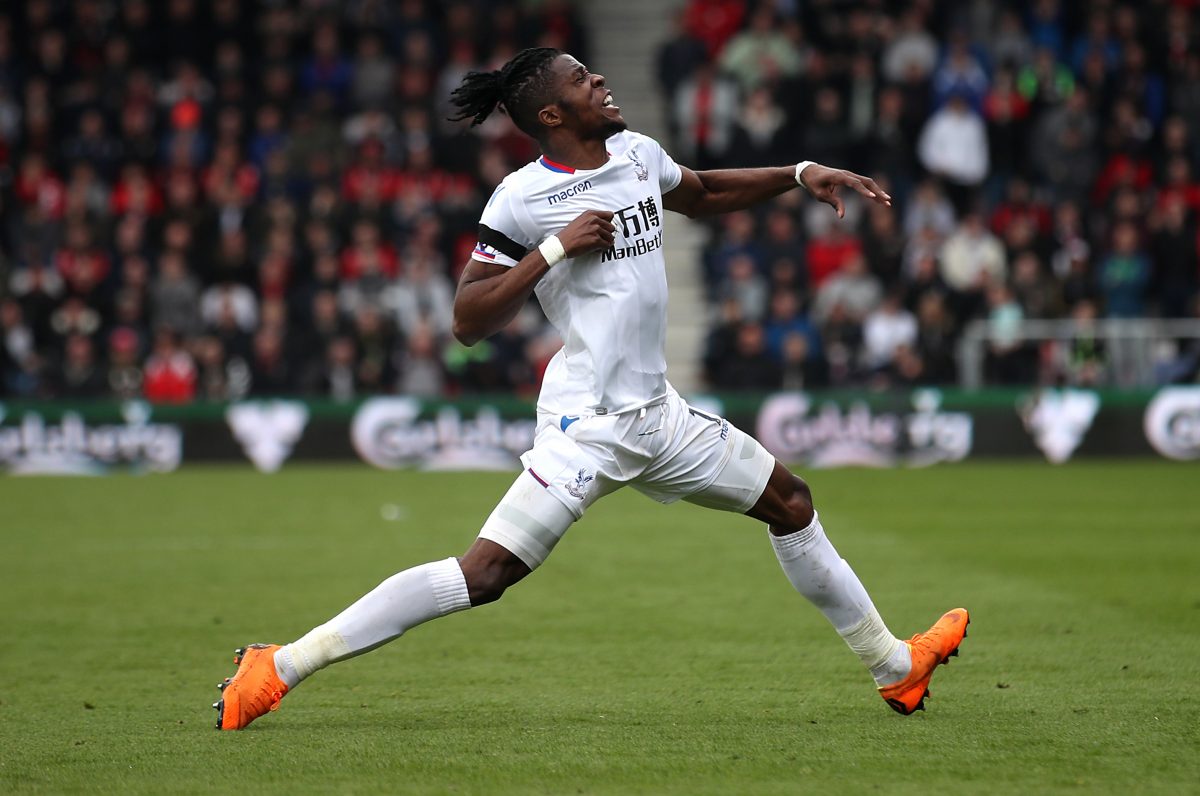 Crystal Palace boss Roy Hodgson says his team must believe they can escape relegation from the Premier League, following their 2-2 draw with Bournemouth.

Palace twice took the lead, only to be pegged back. Luka Milivojevic found the back of the net with a stunning free-kick following a foul on Yohan Cabaye, before Lys Mousset equalised. Wilfried Zaha then produced some excellent skill before his shot was deflected past Asmir Begovic, but they could not hold on and Joshua King lost his marker at a corner late on to tap home for a point.

Despite another late goal and a run of just one victory in 11 games, Hodgson remained upbeat, believing his team exuded confidence whilst claiming that relegation could come down to arbitrary factors, but stating he believes if they continue to play well they will survive the drop.

“We played very well,” he said. “The players must be very disappointed and frustrated they couldn’t hold on to the lead on two occasions and we certainly created enough chances to put the game to bed in actual fact, but didn’t take them, and as a result [we drew].

“You’re always liable [to concede] from a corner kick or a free-kick late in the game and that’s what happened to us; a young lad’s lost his marker and that’s the end of it in the 89th minute. I thought the team played very well up until then and if we continue to play like that in the next five games then I believe we can take enough points.

Neither side had a shot on target in the first-half, and Wayne Hennessey was rarely tested in the second half, aside from the two goals. Andros Townsend and Patrick van Aanholt spurned good chances as Palace were the better side in the second half, which Hodgson took positives from.

“There weren’t that many attempts on our goal that really worried me. They had lots of attempted at their goal that must have worried Eddie Howe and his coaching team. It’s a long while since I’ve felt like we’ve been really outplayed by an opponent – Chelsea, certainly in the first half did it – but even the games against Liverpool, Manchester United and Tottenham I didn’t feel we were outplayed. We’ve got to believe that if we keep doing that we can get the results we need.”