The venue where Bob Marley played his last and biggest London concert has been marked with a plaque.

The Crystal Palace Bowl was where Marley debuted one of his most influential tracks, Redemption Song, to end the gig 11 months before his death in May 1981.

The first Marley or Wailers plaque south of the River Thames marked the 40th anniversary of the concert, with a Nubian Jak Community Trust blue plaque on the bandstand affectionately called the Rusty Laptop by locals.

A Nubian Jak plaque to the Wailers trio – Marley, Bunny Livingston and Peter Tosh, at the old Island recording studios in Ladbroke Grove, west London, was thronged with fans for several blocks.

But this unveiling was an austere affair with just a handful of specially invited guests, due to Covid-19 measures.

The plaque was the idea of the Friends of Crystal Palace Park’s effort to get the Bowl in shape as a performance space – supported by Bromley council, the Crystal Palace Park Trust, BritishBlackMusic.com/Black Music Congress, and Marley’s record company, Island Records, which paid some of the cost. 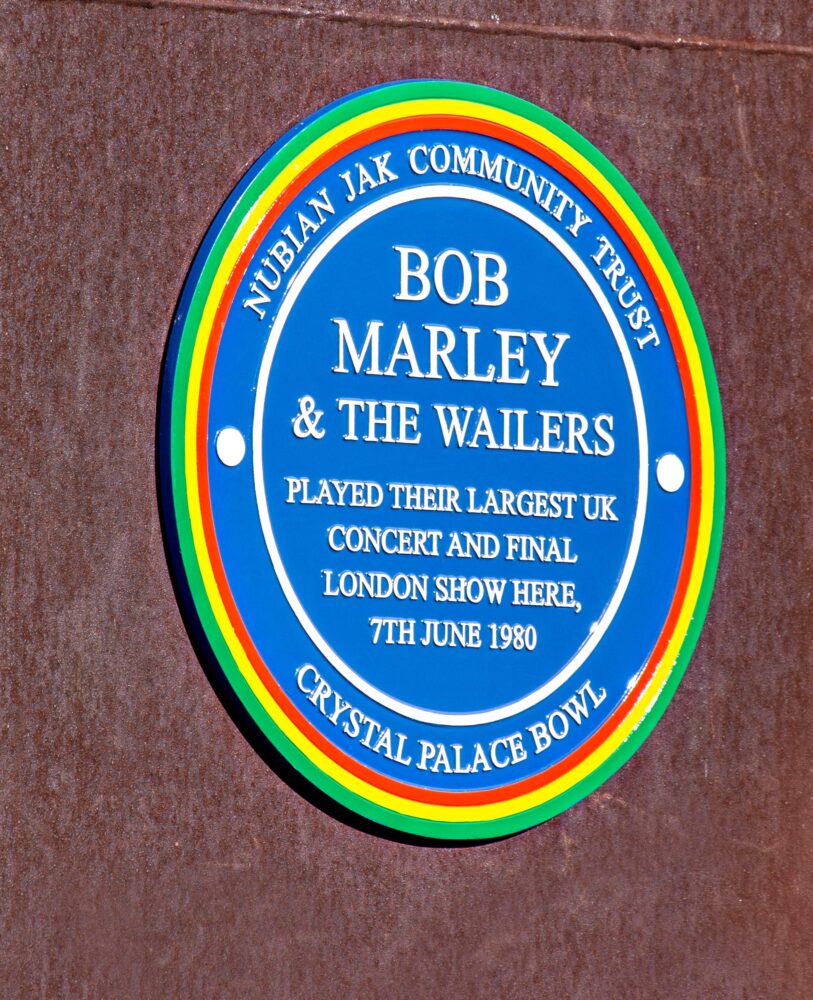 “His music and his message are constant reminders of the power and the importance of music in people’s lives.

“The Crystal Palace Bowl concert is legendary and was also the last time Bob played in London.

“To have this giant of music and culture honoured in this way will help to inspire future generations and keep his message of love, hope, activism and spirituality alive.”

Nubian Jak Community Trust founder Dr Jak Beula said: “I once shared a manager, Don Taylor, with the Wailers, so the Crystal Palace Rose plaque is of particular importance to me.

“We believe the plaque will be the perfect continuation of our previous commemorations celebrating the life and work of this legendary music icon and band.”

The plaque, which has the Ethiopian/pan-African/Rastafari tri-colours on the edge, was officially unveiled by the Mayor of Bromley, Cllr Hannah Grey.