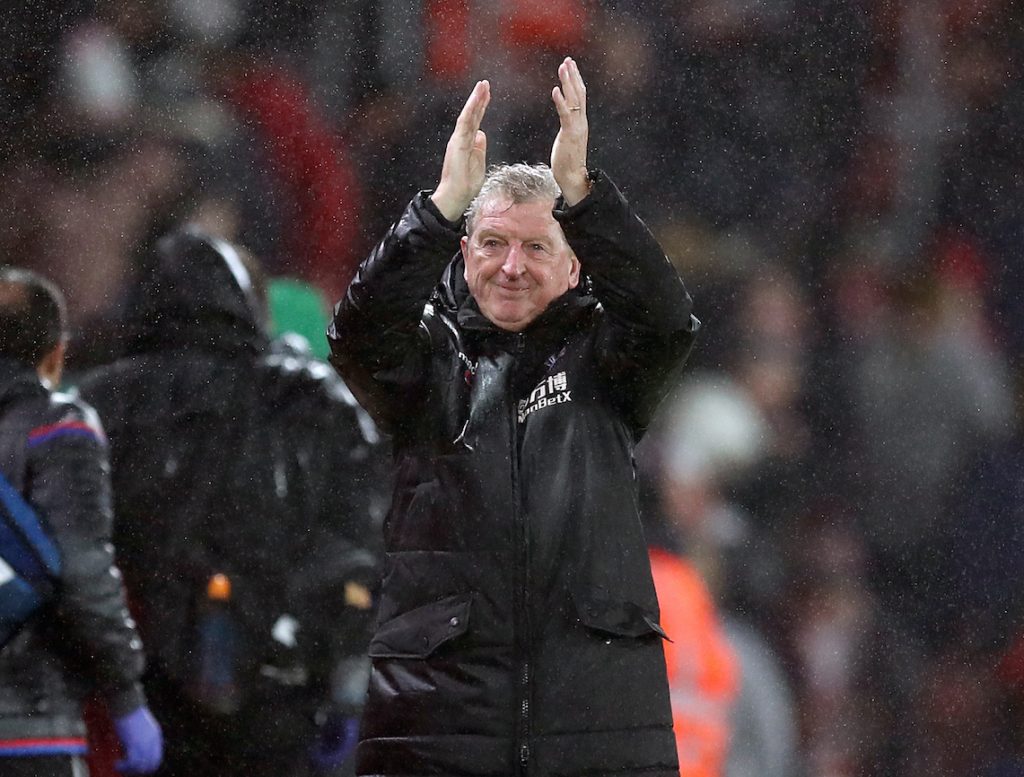 Crystal Palace boss Roy Hodgson refused to complain about the gruelling fixture schedule as he revealed his delight in a 2-1 victory over Southampton, writes Matt Woosnam.

After a drab first-half in which the Eagles were poor, James McArthur cancelled out Shane Long’s opener before Luka Milivojevic swept home from distance to win the game and make it just one defeat in 11 games as they improved significantly in the second period.

That defeat came against Arsenal at Selhurst Park, before a point at home to Manchester City and now a second victory on the road this season lifted Palace away from the relegation zone into 14th place.

“In the first half we looked like a team that had a very tough game a couple of days ago,” Hodgson said.

“The pitch was a little but heavy as there has been a lot of rain and the grass was a little bit long, so that didn’t help the ball to fizz across the surface.

“We were very dominant in the second half and by the time we’d equalised we’d had enough of the ball in the Southampton final third, and it was great to get the winner and take three points.”

“We haven’t complained about [the fixture congestion] and we haven’t really discussed it as a team. We weren’t prepared to lay that excuse on the table, and at half-time there was no mention that we looked a bit weary, it was just a question of what we needed to do to get ourselves going and get over that.

“The programme has been exceptionally unkind to us and I hope it doesn’t happen every year. To get four points from the Arsenal, Man City and Southampton games which were played in five days, that’s not a bad performance by anyone’s standards but it’s not something that you should be expected to do. Two days’ rest should be a minimum and I don’t really understand why it was so important for this game to be played tonight and not tomorrow as it’s not on television.”

“For any team in this league, if you can look back at the past 11 games and have only lost one of them to Arsenal at home, then you have to be satisfied. It’s an incredible achievement for the players to have got ourselves into a group of teams that could possibly be relegated, rather than propping up the whole league when most experts said we’d never recover.

“When you start so low in the league as we’ve done, you’ve got to be even more satisfied. I think I set high standards and demands but these players are happy to meet them.”