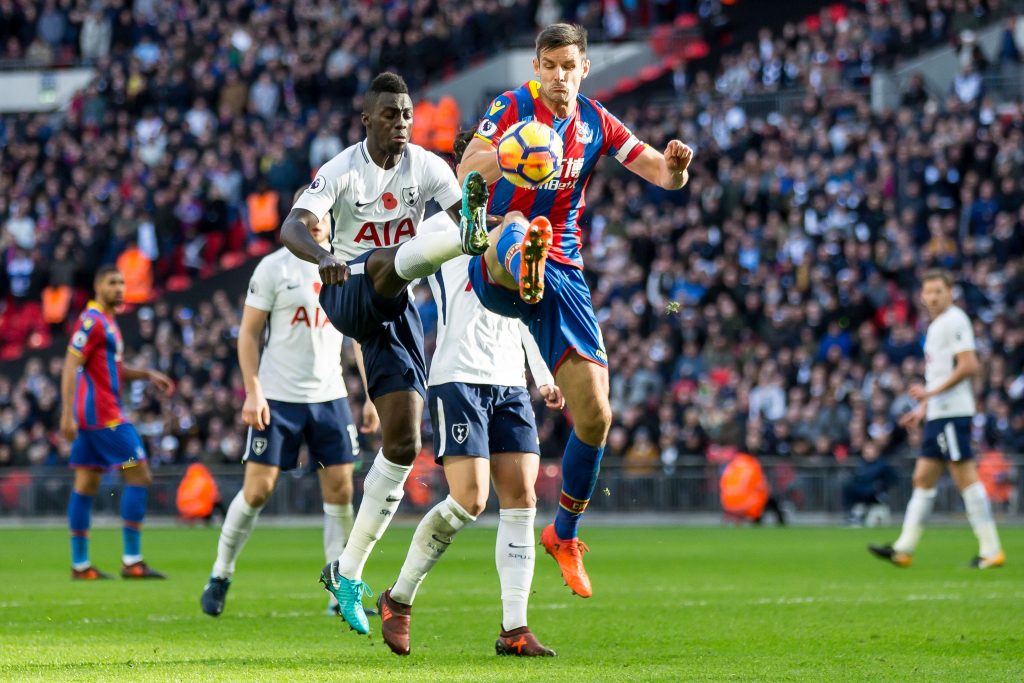 Crystal Palace defender Scott Dann believes his side are starting to turn things around after a difficult start to the season – despite another Premier League defeat against Tottenham last weekend, writes Matt Woosnam.

The Eagles travelled to Wembley on the back of a 2-2 draw at home to West Ham United and with a 2-1 win over Chelsea, which earned their first Premier League points of the campaign, still fresh in the memory.

Palace produced a marked improvement on heavy defeats in Manchester against United and City as they faced another of the top-flight’s heavyweights.

Dann felt the Eagles deserved something from a tight game which was decided by a 64th-minute Heung-Min Son goal, shortly after Wilfried Zaha missed a gilt-edged chance to open the scoring.

“With the performance that we put in – and the chances we had in the game compared to their chances – we should have come away with something,” he said.

“It wasn’t to be, we never got the ball in the back of the net. They took the goal well. But there’s lots of positives to take from the game.

“We’ve come up against a top side who are at the top of their game and put in a really good performance. We have to try and take as many positives from that game and move on to the next one in a couple of weeks’ time. We need to start putting those performances into wins. Hopefully we can do that in the next game.”

On several occasions Palace were able to open up their hosts on the counter-attack, with Andros Townsend the benefactor of some poor passes, sending Zaha through on goal. But they lacked the finesse to convert opportunities into goals.

“We’ve gone toe-to-toe with them for large parts of the game and created the better chances,” added Dann.

“We are creating, obviously the goals aren’t going in as much as you would like but we’re creating the chances and performing a lot better than we were four or five weeks ago. We need to keep performing like that if we are going to get the points to move up the table.”

The 30-year-old was tasked with marking in-form striker Harry Kane, and alongside Mamadou Sakho, marshalled him well. The England star was restricted to only a minimal role in his side’s victory.

“Kane is obviously a top player.

“It’s not the first time I’ve played against him. We know what he’s capable of and if he gets the chances, he puts the ball in the back of the net. The way we played as a team helped.

“In a couple of weeks’ time we start a run of games against sides who are not that far away from us – they’re really important ones for us.”

Palace have looked stronger defensively, and the former Blackburn centre-back is relieved that fellow defender Sakho – who returned to the starting line-up – was not out for a prolonged period with a calf injury.

“He has played for some top teams – you see the quality every time he steps out onto the pitch,” said Dann. “We’ve got a number of good players and defenders at the club – it’s very nice to have him back. I’m glad it wasn’t a long injury.”

The talismanic Zaha was a thorn in the side of Spurs despite failing to add to his goal tally.

The Ivory Coast international had two months on the sidelines with a knee injury and made only his fifth appearance of the 20171-18 campaign on Sunday.

“We missed him for the first part of the season,” said Dann. “It was a big miss.

“He’s one of the players in the team, when the games are tight or there’s not much in the game, he can provide you with that bit of magic to either score the goal or put it on a plate for someone else. It’s important he stays fit and keeps showing the type of moments he has since he’s come back.”