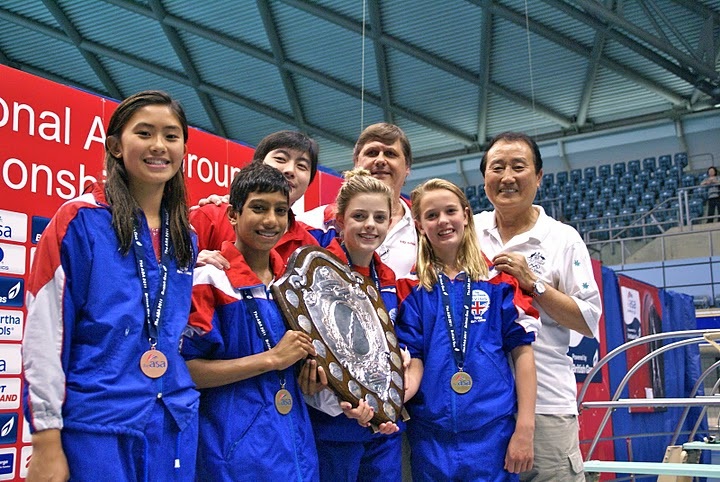 No one is going to be labelled ‘the next Tom Daley’ – because the world champion diver is still taking the plunge for his country.

But Crystal Palace Diving looks likely to produce the sports stars who take on the Southwark diver’s mantle.

That’s because it has been led for the past seven years by former Olympic competitor Chris Snode – who won the world 3m title in 1979 and was the biggest name in the sport in the 1970s and 1980s, inspiring many of the current generation.

Mr Snode’s programme has tested 164,000 young athletes in that time, and aims to try out another 90,000 from schools across Southwark, Lambeth, Lewisham, Croydon and Bromley, bringing in pupils from 100 schools every year.

It already stages the South London Diving Championships, which pits 310 schools against each other every term. And Mr Snode wants to expand its roster of 600 current divers to 1,000, to confirm its place as the biggest programme in Europe.

It has four Olympic coaches – including Lin Chen, the first Chinese world champion, who coached Li Na to Olympic gold and silver at the 2000 Games.

Mr Snode is hopeful of medals at the 2020 games in Tokyo. One who has already won titles is Eden Cheng, a pupil of Alleyn’s School in Dulwich, who took the European Junior Championships with a record score last year. She has already won medals in the World Grand Prix and is ranked 30th in the world at the age of only 14.

The Amateur Swimming Association has already said it will give money for an upgrade of Crystal Palace’s diving pool and gym – and Mr Snode is hoping to obtain grants for harnesses, so it can be used for disabled diving, too.

One of the shadows over the scheme is a plan to decrease the depth of the diving pool from 4.8m to less than 4.5m. “We have been the top diving club in the country nine years in a row,” said Mr Snode.

“But if the depth of the pool is decreased, we could not dive from 10m any more so everyone would leave.

“We have exciting plans and support from our governing body, which made us the country’s leading diving centre.

“So we need to protect what we have and expand.

“The talent testing is really exciting. We have found an amazing number of new competitors.

“I have been in the area for 30 years and have been fighting for this centre since 1998.

“Even when it was closed for two years, we managed to do dry diving coaching on the football pitch.

“Now we need a bigger gym. We also want to expand into Sutton and Merton, to give more opportunities to more children. We also need another two coaches to give everyone the best training.

“Tom Daley has been great for this sport – what was a minor sport has become important. We get a proper grant and other funds to go into schools.

“We had a vision and have stuck to it. We have taken the best bits of Chinese know-how and brought it to the west. We send some of our divers over to the best training centres in the world, in Beijing.

“That experience will be very important when it comes to competing in international competition in the future.”