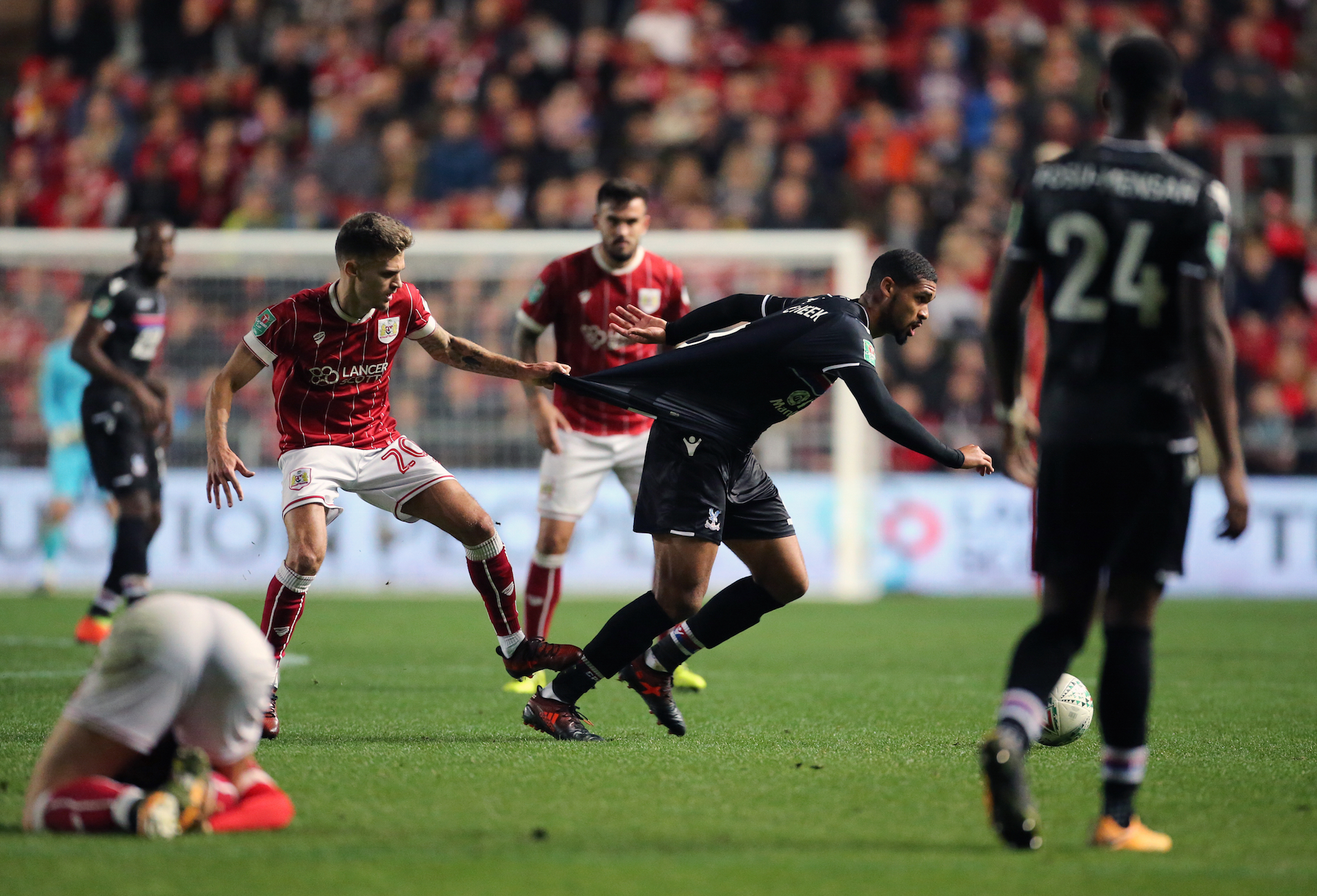 By Matt Woosnam at Ashton Gate

Shortly after referee Tim Robinson blew his whistle for full-time, chants of “what the ******* hell was that” rang out from the away end, loud and very clear.

From the moment Crystal Palace’s players began to trudge over to the away end at full-time to the point they entered the tunnel, they were greeted with a barrage of abuse, anger, disgust and fury.

The Eagles’ players had nowhere to hide. Most did not fancy coming too close to the away end – only Pape Souare and Jason Puncheon daring the journey. Wayne Hennessey simply held up his hands by way of apology as he quickly departed his goal.

Some 1,900 Palace supporters made the trip to the South-West and they were rewarded by Roy Hodgson naming a weakened team which was mercilessly torn apart by a Bristol City side flying high in the Championship. There was a sense of deja vu. The last time Palace emerged victorious at Ashton Gate was in 1980. None of those on the pitch had been born.

The vitriol hurled at the Palace players came through most apparently on 83 minutes when Patrick van Aanholt was substituted for Levi Lumeka. His departure was greeted with glee, his performance so poor that those in the away end demanded “we want our money back”. At £14million, he has put in performances more akin to a player costing 10 percent of that figure.

Hodgson gave his fringe players a chance to prove a point and show they were deserving of a more regular berth in the first-team, as he made 10 changes. Not one of them emerged with any credit as woeful defending allowed the Robins to fire home four goals in reply to Bakary Sako’s opener on 21 minutes.

Once again the concerning lack of strength in depth was apparent. Chung-yong Lee hit the bar early on, but otherwise contributed little before hobbling off injured. Freddie Ladapo is no more than a lower league striker, he cannot impose himself on a game and struggled to make any impact off the bench.

There was little movement in the final third, no creativity and once again any build-up play was lumbering. Frequently Sullay Kaikai and Sako found themselves with the ball out wide with no team-mates inside the area. Sako drifted out wide too regularly, and there was no desire to work cohesively as a team.

If Hennessey’s confidence was not already fragile, it must have shattered when the fans behind his goal began to sing the name of veteran goalkeeper Julian Speroni, and ironically cheered each time the Welshman clung the ball to his chest.

Frustration boiled over from the vociferous away end; the fans had backed their team with an impressive atmosphere that should have spurred any player on. But what they received in return was paltry. Only Ruben Loftus-Cheek offered a reason to be positive, but even he did not perform to the best of his ability.

“This is embarrassing,” sang the away fans. It is difficult to disagree.

Van Aanholt had gifted an equaliser to City as he failed twice to clear his lines. His undercooked header fell perfectly for Matty Taylor, who made no mistake. He would later put the ball straight out of play from a free-kick.

Souare also received the ire of a supporter, throwing his shirt into the crowd only to see it discarded back on the pitch in front of him.

Eagles fans had a right to be angry. Jairo Riedewald’s inability to clear, only finding Callum O’Dowda to gift the hosts their fourth goal of the evening, was a particular lowlight of a dismal performance. It followed an unstoppable strike from Joe Bryan and an earlier first-half goal by Milan Djuric.

All is not well at Palace.

This may have been a second-string side, but it was a continuation of the problems which have plagued the squad throughout the season.

The troubling themes which have run through the season were apparent again even with a much-changed side. One victory over Chelsea will not be enough to paper over the cracks.

There is a general malaise at the club, and it came to the boil at Ashton Gate. This was an embarrassing night for all involved, and rarely have Palace fans reacted with such bile to their own team. Everything went wrong.