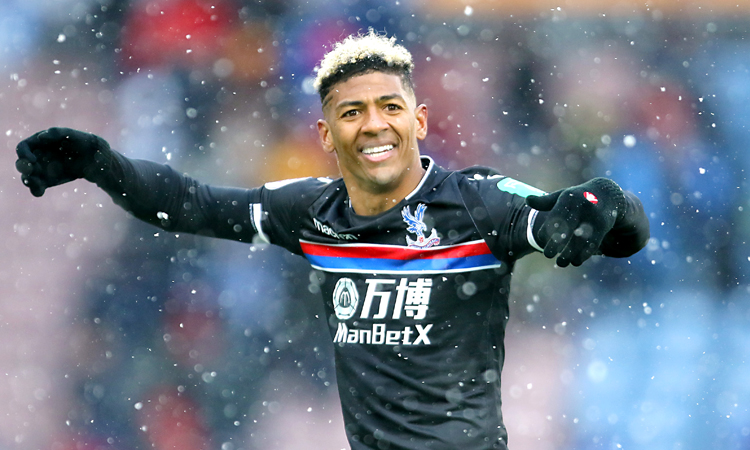 With the snow falling, temperature plummeting and the away contingent wrapped up tightly in red-and-blue scarves, Saturday’s game at the John Smith’s Stadium had the feel of a festive fixture, and in true Christmas spirit Roy Hodgson and his players delivered a warmly received present for those shivering in the away end.

Late December is always dubbed as the most important period of the season, which seems nonsense when winter turns to spring and the scrap for points becomes desperate. Hodgson may have publicly played down the importance of Palace’s scramble out of the bottom three as a consequence of these three claimed in Yorkshire, but deep down he would have boarded the coach home knowing just how vital they could be.

With a gap of two weeks before his side next take to the field, the psychological benefit of being above the top-flight trapdoor will do his under-pressure squad the world of good, having now put the brakes on a run of no wins in seven matches stretching back to January.

Also, it keeps the likes of the Terriers at arm’s length, who now sit just a place and point above their weekend conquerors. Perhaps also feeling the Christmassy-vibes, they showed generosity to their visitors by allowing Palace the freedom of their home, and ensured that Wayne Hennessey’s gloves were solely used for warming purposes until the 80th minute when he made his first, albeit routine, save of an afternoon Hodgson’s team dominated.

While the win at Leicester City remains Palace’s best on the road this campaign, this was certainly the easiest. David Wagner’s Terriers had all the bite of a toothless two-month-old, and never looked likely of scoring once, let alone the two goals they found themselves behind. These 90 minutes indicated why they’re the more likely of the two teams on show to face the drop.

Hodgson admitted post-match that he instructed his side to take all opportunities to claim maximum points against a relegation rival, and within a minute that was evident. James McArthur saw two shots blocked after a first minute corner, and Wilfried Zaha and Luka Milivojevic soon both came close.

Huddersfield didn’t take the warning, and they were punished on 23 minutes. Another corner caused problems, and the ball quickly found itself at the feet of James Tomkins, who at the second attempt found a way past Jonas Lossl to gain just reward for Palace’s early endeavour and bravery.

Tomkins later saw his chances of a brace denied by a goal-line clearance by Steve Mounie, but back in the heart of defence, he continued to show why he’s quickly becoming a contender for the Eagles’ Player of the Season award by producing another composed, classy performance. Playing alongside the returning Mamadou Sakho, who was his haphazard, unorthodox self, the centre-half controlled his backline and led by example. The fact that Huddersfield struggled to operate in the final third lay as large at his feet as his seized chance to open the scoring.

That goal was enough to hand Hodgson’s troops the advantage at the break, but you always sensed the security of a second would alleviate any late jitters that saw points slip through their grasp against Tottenham Hotspur and Manchester United. Thankfully, it came before the stone-cold hosts came anywhere close to building up a head of steam.

It began on the edge of the Palace box, and led to the move of the match on 67 minutes. A determined Zaha won back possession and after playing a neat one-two with the impressive, industrious McArthur, he fed a fine ball through to Andros Townsend. Some direct running led to a rush of blood to Mathais Jorgensen’s head who lunged in and brought down the winger, allowing Luka Milivojevic to extend his lead at the top of the Eagles’ goalscoring charts by netting penalty number six to hand him a total of eight.

With a two-goal lead, Palace were out of sight, and the only scare inflicted by a woeful Huddersfield came when Zaha limped off with a minute to go, but Hodgson alleviated any serious fears post-match, attributing his ailment to some heavy-handedness by demoralised defenders.

Those bruises will heal and the snow will melt over the next fortnight, but the benefit of this result could be felt right throughout the summer months if Hodgson achieves his aim of Premier League safety come May.