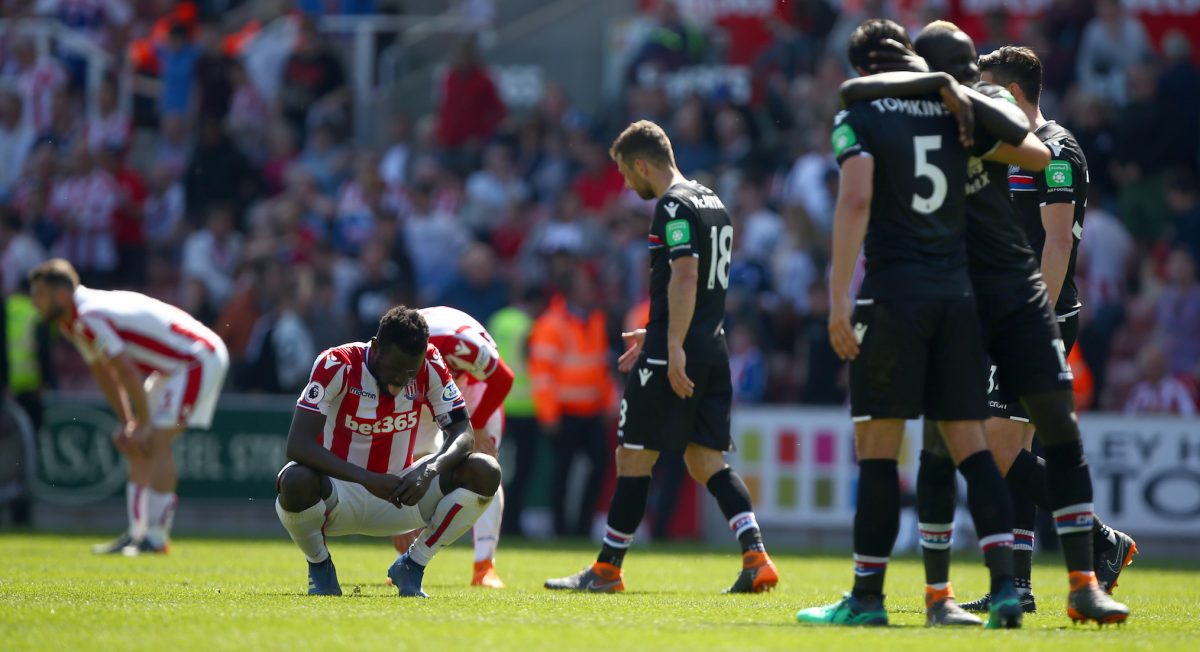 Roy Hodgson was left a happy manager after his Crystal Palace side continued their strong finish to the Premier League campaign with a 2-1 win at Stoke City.

The result relegated the hosts from the top-flight.

Eagles boss Hodgson said: “I’m very pleased with them. Even in the first half we were a bit unlucky to go in behind, it was a silly free-kick to give away and it got a deflection.

“Without playing particularly well we were certainly matching them and standing up to the challenge they were providing. But the second half was a totally different story – we really got much more control, helped a little bit by the fact they started to drop deep and hold on to what they’ve got.

“The second half performance was really good and the attitude and character throughout was outstanding.”

Scottish international McArthur bagged his seventh goal of the season.

When asked about his cool finish, Hodgson said: “He does it all the time. He is a goalscorer. The same with Patrick, he took his goal really well. The two goals don’t flatter us. We created at least half a dozen really good opportunities. I was expecting a goal before Patrick’s goal that won us the game.

“Three points here, a very difficult place to place, I’m delighted to get the win, get past the 40-point mark and have a chance of getting more points in the home game next week.”

There is a chance that Palace can finish as high as 10th when they host West Bromwich Albion on the final day of the Premier League season next Sunday.

Hodgson said: “We just work hard to play well and do well in every game we play. I don’t think we need to have a particular goal. “Anyway, that won’t necessarily depend on us. There are teams above us and if they win their games, we can’t catch them up.

“We’ll go out in the final game to get the best result we possibly can. If we play as well as we have done the last two games then who knows? We might just get it.”