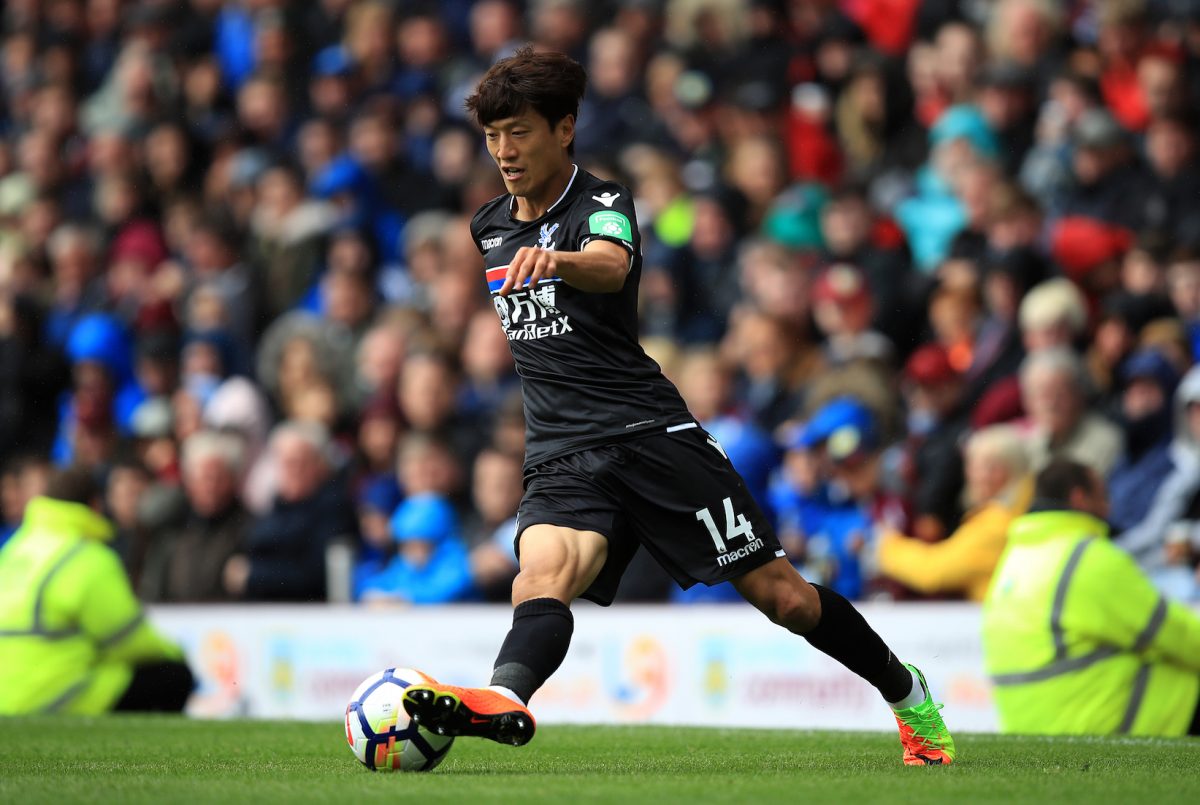 Lee Chung-Yong has admitted he hopes to continue playing his football in Europe after making a cameo farewell appearance for Crystal Palace on Sunday.

The Korea international midfielder had 10 outings for the Eagles this season. He came on as an 85th minute substitute for Andros Townsend in Crystal Palace’s 2-0 win over West Bromwich Albion in the league finale which confirmed an 11th place finish for Roy Hodgson’s men.

Out of those 10 appearances, just seven have come in the Premier League with all but one – away against Burnley – coming from the bench, as the 29-year-old ended up with only 135 minutes-worth of action in the league this season.

And with the former Bolton Wanderers man out of contract in SE25 at the end of June, that five minutes at Selhurst Park could be his bow out of Palace – and even English – football.

“I really enjoyed it even if it was just five minutes,” said Lee. “We finished with a good win, a good result and everyone is happy; the fans, players and staff – and I am happy too.

“Everyone knows I didn’t play much [this season] so it was quite difficult decision for me,” said Lee about the last-minute cancellation of his proposed January transfer window loan to Bolton after Bakary Sako got injured against West Ham. “I learned a lot from that, it’s for my life and I hope to play more next season.

“I haven’t talked [with Palace] about this, but you never know – I can’t say anything but if I have a chance to stay in Europe [I would], but I don’t know – I have only started thinking [about it] now [the season is over].”

The season is likely to not be entirely over for ‘Chungy’, as he is known at Palace, as the 2018 World Cup in Russia sees Korea in Group F set to face Germany, Mexico and Sweden and speaking ahead of the early morning announcement on Monday by the Korean Football Federation of their provisional 28-man squad – in which Lee was named – the midfielder was in a relaxed mood as to what the summer may bring on the international stage, even though that squad has to be reduced to 23 names by the FIFA deadline of June 4.

“I don’t know yet if I’m in the [final] squad,” he said. “But if I have a chance I will just make sure I’m ready, if not, I will just enjoy my holidays.

“The World Cup is a big festival for everyone and I hope Korea play well, are successful and give some positive things for Korean people [to celebrate].”