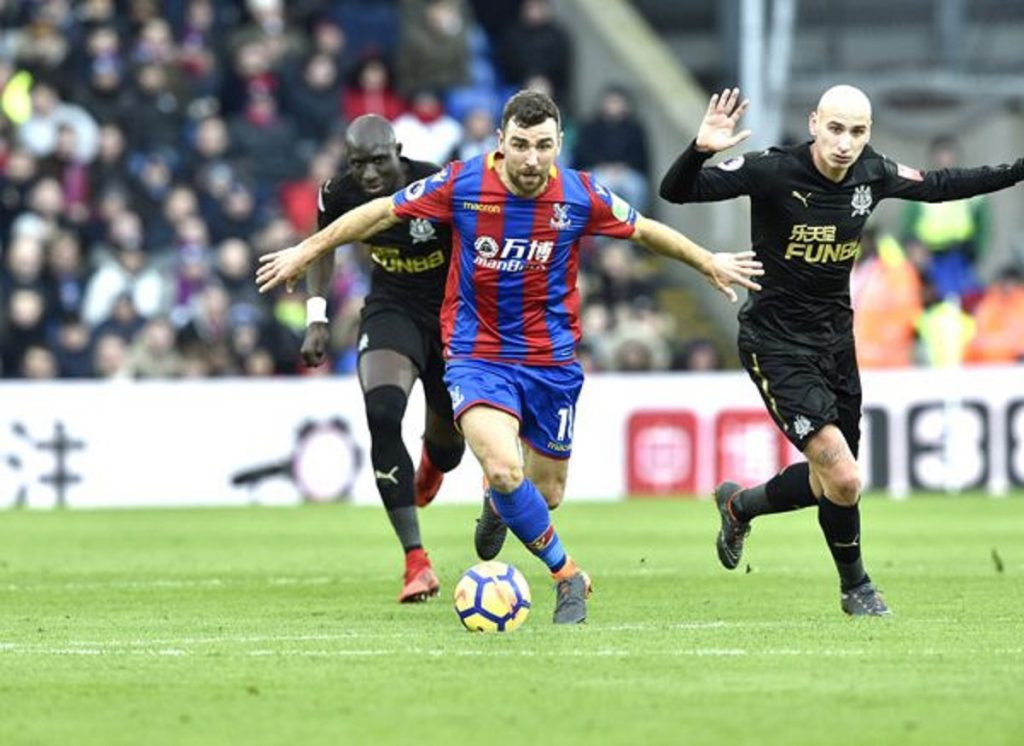 Crystal Palace Sport
6 February 20186 February 2018 Sports Reporter 0 Comments
By Andrew McSteen
James McArthur has demanded Crystal Palace start performing for the full 90 minutes as they were forced to fight back in Sunday’s 1-1 draw against Newcastle, writes Andrew McSteen.
The Eagles have won just twice in their last eight Premier League games since back-to-back victories against Watford and Leicester in mid-December.
“When we were 1-0 down at half-time everyone knew that the league table didn’t look so good,” said McArthur, 30. “Our first-half performance wasn’t good enough – the game lacked a bit of zest – but our second-half was one of the most dominant performances I have seen for a while.
“[Roy Hodgson] was delighted with the second half, but not so much with the first half,. We need to have more back-to-back first half-second half performances and if we do that we’re fine – we’ve taken a point and move on and we need to keep that going.”
With 14 shots in the second period, Hodgson’s men certainly created chances, but Christian Benteke – scorer of just two goals all season – highlighted the impotence of the current Palace attack as their only goal came from a dead ball, Luka Milivojevic’s 55th-minute penalty strike brought the game all-square and cancelled out a first-half goal from Newcastle’s Mohamed Diame.
“I was going through the second half with our analysts,” said McArthur. The Scottish international found himself in front of goal a number of times after the break, but with the ball evading him each time. Not least when with two minutes remaining, Wilfried Zaha’s inswinging cross found Benteke who had his header blocked on the line by Newcastle defender Ciaran Clark before the Scotsman’s rebounded effort was cleared by the Irishman.
McArthur said: “They made a great clearance off the line from Christian and unfortunately for us it doesn’t just fall right to me, it falls to the side and their boy gets a touch on it before I can get anything on it, but we had so many chances like that.
“You don’t realise how many chances we had – shots, inside the box, outside the box, crosses, our attacking play was excellent but on another day, we will get that second goal, but they defended well, backs against the wall and their goalkeeper making saves.
“It just wasn’t going for us – except for the penalty – if it was on the flip side and we had played well in the first half and had our backs against the wall in the second half it would be different, but from our second half performance and how much we dominated and limited them to chances it is points dropped definitely.
“Maybe it was just one of those days where we just needed a wee bit of luck in front of goal.”