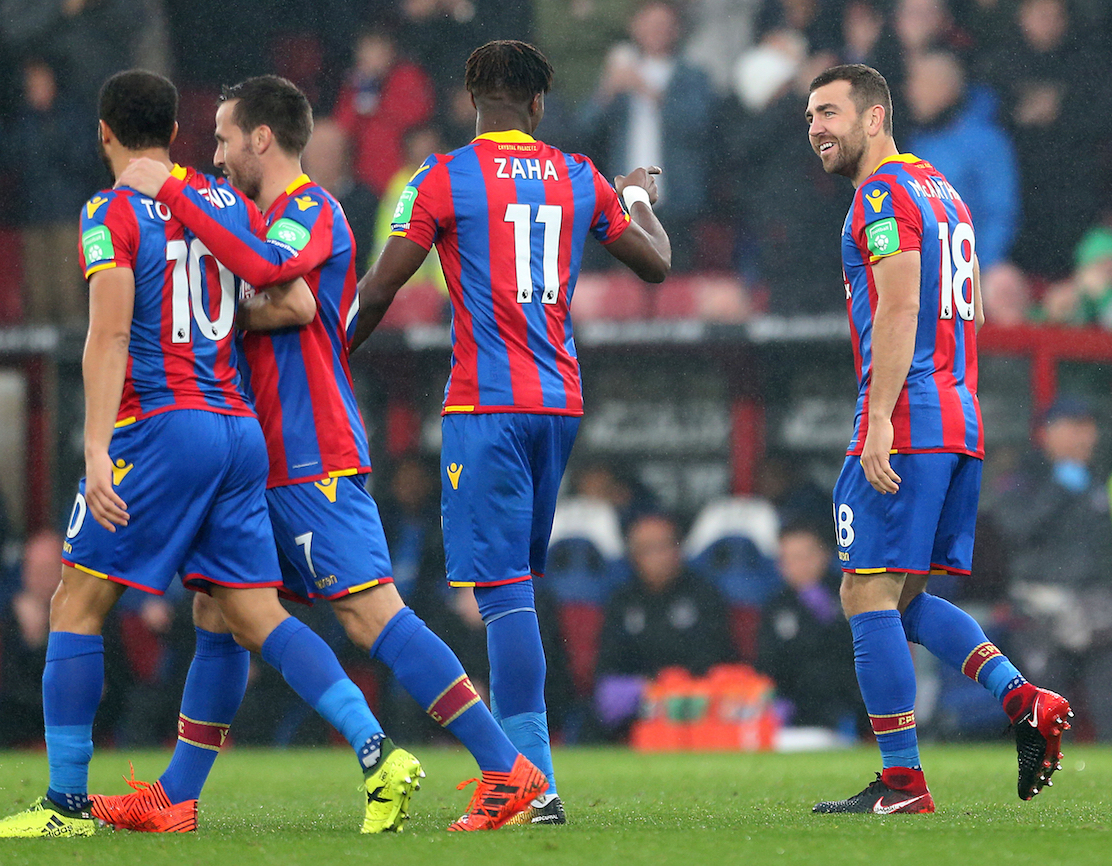 Crystal Palace led twice against Everton only for a controversial referee’s call and a defensive howler to cost them dearly.

Ruben Loftus-Cheek gave the Eagles a dream start as they led inside 55 seconds at Selhurst Park.

But referee Taylor made a big call to award a spot-kick when Oumar Niasse – a summer deadline day target for the South London hosts – hit the turf. Leighton Baines levelled up to quickly draw Everton level.

Wilfried Zaha’s third goal of the campaign had Palace back in front shortly before the half-time break. But then defensive disaster struck as the hosts’ decision to try and play out from the back – rather than a risk-free long kick by Julian Speroni – was punished as Niasse restored parity.

It took Palace less than a minute to go ahead. Loftus-Cheek’s power and direct attacking play caused problems and although Jordan Pickford pushed away his shot it was a perfect set-up for McArthur to open his account in the league this season.

Everton were not behind for long. Referee Taylor seemed hugely generous as he ruled that Niasse was brought down as he surged into the box by Scott Dann.

Replays showed that the Toffees’ number 19 seemed intent to hit the turf as soon as he broke into the penalty area. Leighton Baines sent Speroni the wrong way.

Scott Dann was held by Gylfi Sigurdsson in the second half as he headed over from a corner kick. There seemed far more contact than the one which Taylor decided to penalise at the Holmesdale Road End of the stadium.

Niasse was denied by Speroni after persistence and a lucky rebound, rather than skill, saw him gain a shooting position on the left of the box.

Palace’s approach play had been slick but without enough end product. Another flowing attack saw McArthur presented with a shooting chance but Everton got enough players in front of the Scot to leave him with a limited sighting of goal and Pickford was left with a comfortable save.

The home side were edging possession and cut through the visitors for their second goal on 35 minutes. Joel Ward provided a low cross which Zaha forced home from close range.

It was Palace’s generosity – or shambolic defending – which gave Everton a gift of an equaliser.

Speroni produced a smart turn to take the ball away from Niasse but his short pass to Dann was pounced upon by Idrissa Gueye and Sigurdsson popped a first-time through ball allowing Niasse to slot coolly past the South American goalkeeper.

The second-half saw Palace once again look the side more likely to claim maximum points.

A big plus for the Eagles was the return of Christian Benteke from a knee injury. And he had not been on the pitch long when he had a good opportunity to put them in front for a third time on a rainswept afternoon.

Benteke was played in on goal by Zaha but while his first touch was a good one he then scuffed with his left foot, the ball harmlessly rolling wide.

Everton substitute Sandro Ramirez could not keep a header down on a Jonjoe Kenny cross before Benteke produced a full-blooded volley which Pickford decided to meet with both fists and it flew straight at him.

There was time for the Everton stopper to make one more save, pushing away a Luka Milivojevic shot, before the full-time whistle.