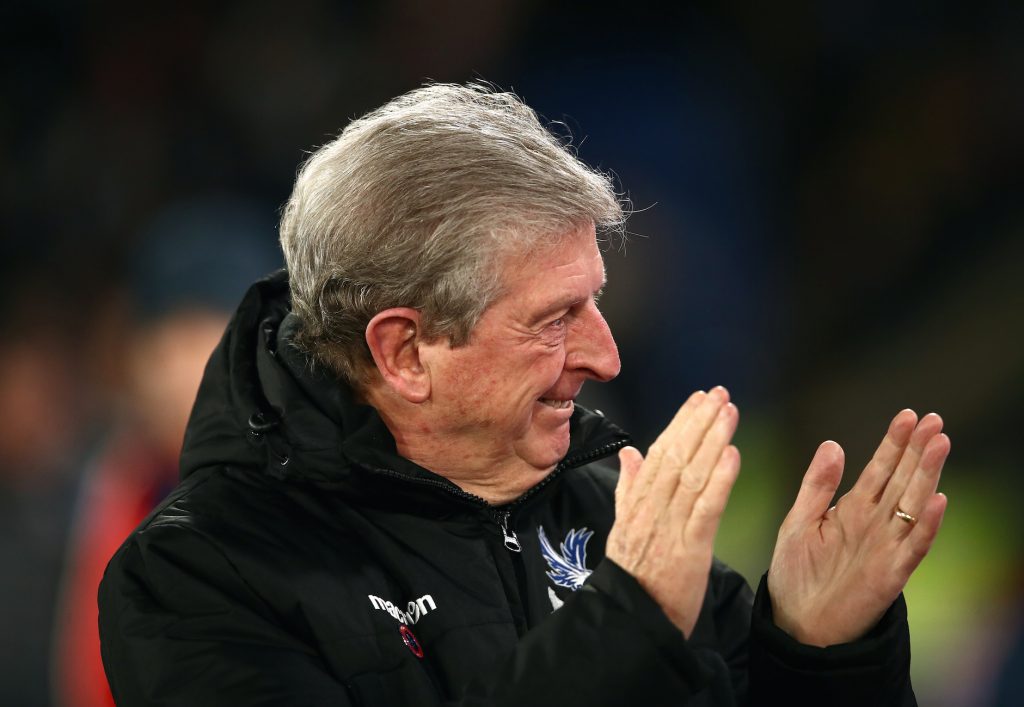 Roy Hodgson is under pressure – and the Crystal Palace chief is loving every minute of it.

The Eagles’ revival under the former England boss continued on Tuesday night as they extended their unbeaten run to six matches with a 2-1 victory over Watford.

But it was only late goals from Bakary Sako and James McArthur which prevented that run of decent form being ended.

Hodgson, 70, said: “It is stressful but if I didn’t think I was able to take that strees or wasn’t ready for it then I wouldn’t have taken up Steve Parish’s kind offer to come and work with the club and the team.

“The daily work is as enjoyable as anything I have done in my career. I really do enjoy the day to day training after five years absence of not having that daily contact with players.

“Like all football coaches will tell you it is the Saturdays – and the hope – that kills you. Monday to Friday is fun.”

Hodgson described the midweek win over Watford as “huge” but was keen to keep people grounded.

“The moment we start thinking our problems are over, that is when the problems really begin,” he said. “We have got a mountain to climb still. I have to keep saying it. It was great to win and it feels wonderful – but we are still very close to the bottom of the table and we will be for a period of time still.

“We haven’t quite made up for those first seven games with zero points. Had we got four points from those games then we might be talking in a different fashion.”

Hodgson had praise for Wilfried Zaha’s role in both midweek goals.

“Wilfried Zaha is very often the man behind them and I’m delighted with his contribution – especially on Tuesday.

“At half-time he felt hard done by with the first-half challenges which he thought might have been punished which weren’t. He was getting frustrated. But he pulled himself together, got his composure back and did his best to hurt the opposition the only way you can – by scoring goals against them.”