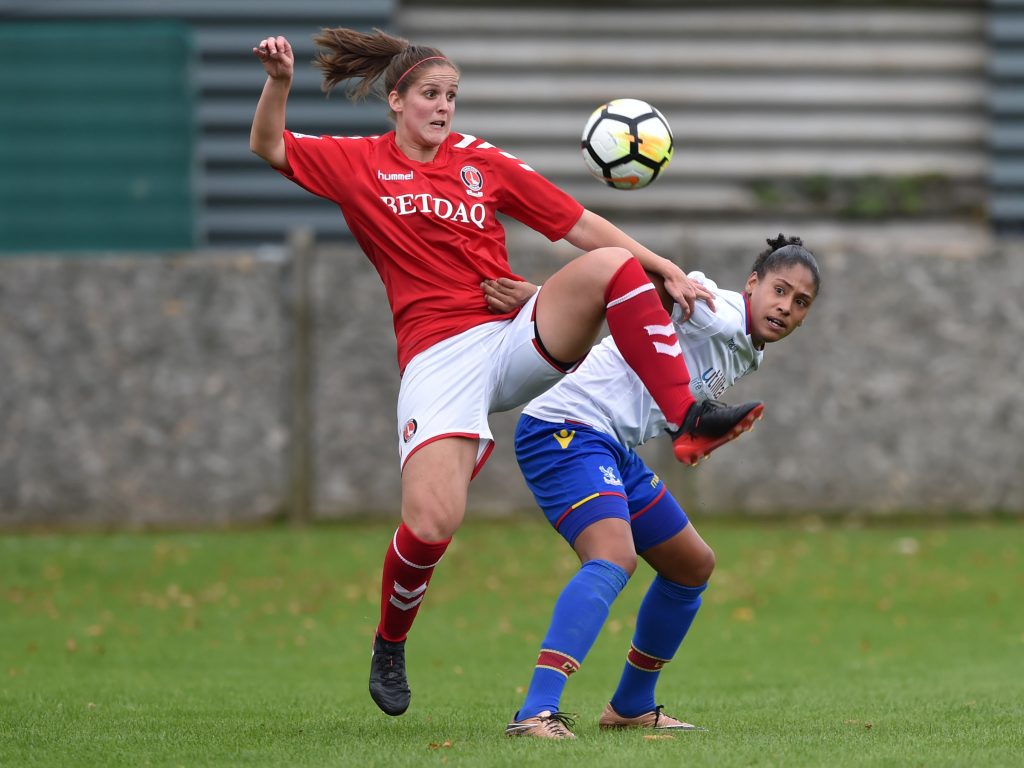 Gemma Bryan fired Crystal Palace Ladies to a 1-0 victory at Gillingham – her 23rd goal of the season.

The Eagles controlled the match and the result puts them fourth in the FA Women’s Premier League Southern Division – eight points behind leaders Charlton Athletic but with two matches in hand.

Palace began brightly at the Priestfield Stadium and scored after 14 minutes.  The ball fell to Bryan 14 yards out with her back to goal, she produced a deft turn and fired into the far corner.

Ellie Bailes and Nikita Whinnet both went close to adding to the scoring.

Bryan nearly helped herself to another goal but saw her shot come back off the crossbar.

Palace Ladies are at home to Chichester on Sunday at Bromley FC (2pm kick-off).

Kit Graham and Charlotte Gurr were on target for Charlton Women as they earned a 2-0 win over Coventry United Ladies.

The Addicks go to second-placed Lewes FC Women on Sunday and can open up a seven-point gap on their nearest challengers.

AFC Wimbledon Ladies stay top of South East Division 1 despite a 3-2 home reverse to Stevenage Ladies. Substitutes Ingrid Asplund and Sian Wylie both scored in the final six minutes to set up a dramatic finish.

They lead Milton Keynes by a point with the season approaching the halfway stage.

The Dons are at home to Godalming Town in the FA Cup on Sunday.

Lee Burch’s side are unbeaten after four matches and their opponents have also yet to taste defeat in the competition.

Ashlee Hincks scored twice as Lionesses fought back from trailing to bag a 4-3 win over London Bess in the Continental Tyres Cup last weekend.

Bees were buzzing after early strikes from Destiney Toussaint and Jo Wilson. Millwall clawed their way back into the game just before the interval through Rianna Dean. Hincks netted either side of an Ellie Mason effort to secure the win, despite Toussaint grabbing her second late on.

Burch said: “We can’t keep doing it, but it is nice to know that if we go behind we’ve got the ability and belief to get back into the game.”