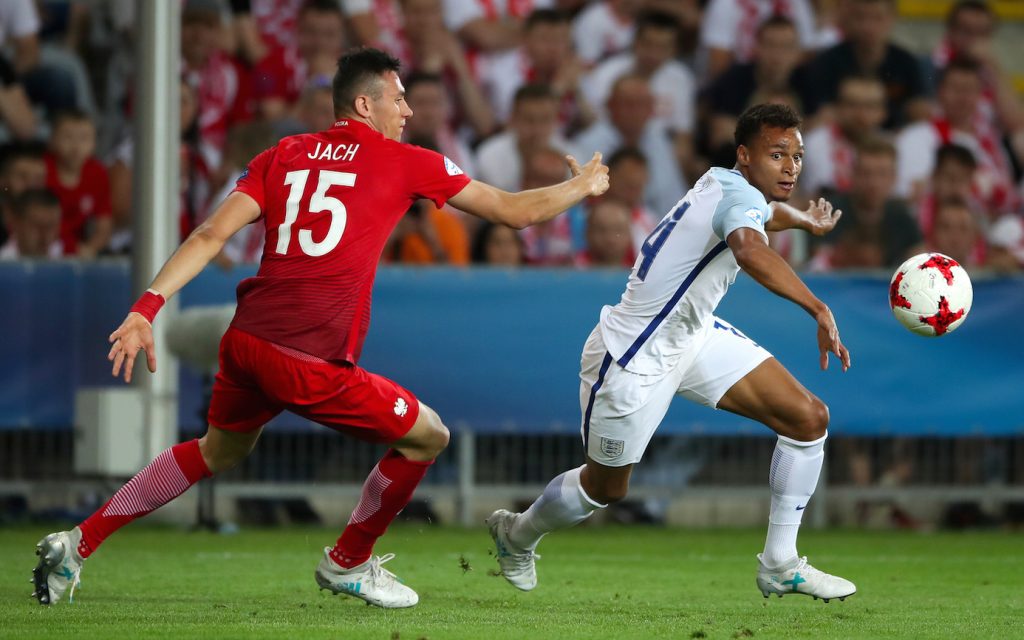 There are expected to be at least two new faces on board at Crystal Palace this week and although the new arrivals are unlikely to dominate the headlines, according to Eagles boss Roy Hodgson, they will provide vital cover for a threadbare squad.

Hodgson confirmed on Sunday that Polish centre-back Jaroslaw Jach has completed a medical prior to his move from Zaglebie Lubin, and that Swedish midfielder Erdal Rakip is expected to arrive on loan from Benfica.

On Jach, Hodgson said: “He’s one that we’ve been following for a while and he’s come over and had his medical and hopefully will sign for us so that’s one good piece of news for me.

“There’s a loan of a Swedish midfield player who’s from Benfica that we know. He’s an under-21 international midfielder,” added Hodgson of Rakip, who joined the Portuguese giants this month at the end of his Malmo contract and was immediately loaned to Palace for the rest of the season.

“Both of these players are not the sort to set Sky News alight because they don’t cost those sums of money, they are not going to push [Sky Sports transfer correspondent] Jim White’s total through the roof!

“What they will do, I think, is give us very important cover in positions where we need it and also one’s 23 – Jach – and the other boy, Erdal Rakip, is only 21 so we are also, we think, trying to invest a little bit in the future because we believe that when everybody is fit, and if those [injured] players do come back, we have quite a good squad.

“It’s not a question necessarily of wanting to replace the squad I have, it’s more a question of trying to cover for those squad members who I believe are good enough who at the moment are in the treatment room and not able to play.

“The club are working very hard: [chairman] Steve Parish, the American co-owners, [sporting director] Dougie Freedman, our scouting staff, they’ve been fantastic in trying to come up with as many ideas as possible and help us out with as many players as possible but it’s not easy to do deals in this transfer window, one; and two, we’re looking for a relatively high standard because it’s not a question of just another body, it’s really a question of getting someone who, if they have to play, will be able to play at that level of the others, and that’s a hard thing to do.”